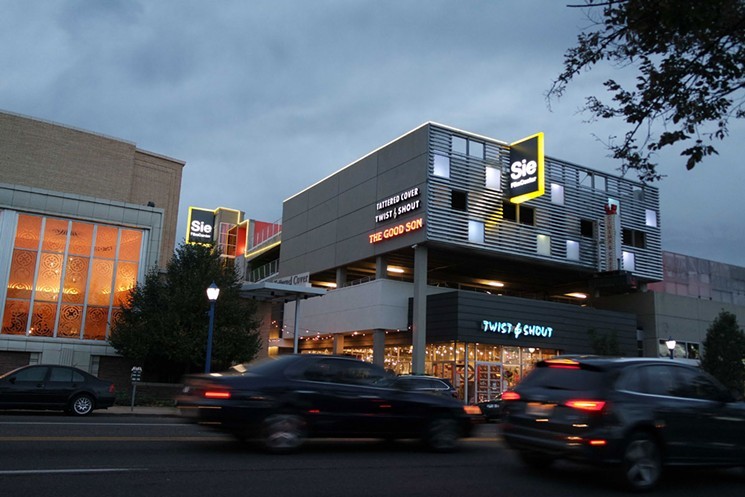 Denver Film Society.
The Sie FilmCenter will host a pinhole motion picture camera workshop and screening this weekend.
The Denver Film Festival has announced dates for its fortieth edition. The twelve-day event will run November 1 to 12 at venues including the UA Denver Pavilions, the McNichols Building, the Ellie Caulkins Opera House and the Sie FilmCenter.

Run by the Denver Film Society, the festival will showcase more than 200 titles from around the world, host film-industry panels and dish out awards. This year's festival will spotlight Danish cinema. The Film Society plans to announce the full schedule on Monday, October 9.

“Having one of the older and more established regional film festivals in the U.S. is more a testament to the amazing film-loving community of Denver than it is to any one thing we’ve done as an organization,” says festival director Britta Erickson in a statement. “The Denver Film Society prides itself on continuing the forty-year legacy of the organization by putting the best of cinema on screen every year, and this year is no exception. From the high caliber of films to the amazing special guests, the 40th Denver Film Festival may prove to be the best one yet, and a true sign that the demand for quality film entertainment isn’t going away here in the Mile High City any time soon.”