PETA via YouTube
According to People for the Ethical Treatment of Animals, Ken and Lynn Kubic are facing 72 charges of cruelty to animals after authorities discovered that the conditions in their Adams County home were every bit as shocking as those that caused Jurassic Pets, their former business in Thornton, to be shuttered. This claim is supported by photos and a video on view here that makes the couple's residence look like the set of a horror movie.

We first reported about the Kubics on April 18, 2013, when their previous home in Brighton burned down in spectacularly dreadful fashion. Five dogs died in the blaze, but the loss of life was infinitely greater when it came to the other creatures reportedly inside the structure — as many as 8,000 snakes and reptiles.

The following year, PETA shared undercover footage from Jurassic Pets with the Adams County Sheriff's Office. A video published in December 2014 summarized the images like so: "Witnesses found animals — many sick and injured — crammed into filthy bins, hungry, thirsty and denied adequate care. Many were 'whacked' or died in floods."

A subsequent investigation by the Thornton Police Department led to charges in March 2015 against Ken, Lynn and her son, Brian Kubic, and more than a year later, their cases reached near-resolution. In April 2016, Brian pleaded guilty to one count of misdemeanor animal cruelty, and the following June, Lynn did likewise just before her trial was set to begin.

Ken, for his part, was convicted of eighteen animal-cruelty counts and sentenced to four years of probation and fined $1,800, an amount that also encompassed court costs. In addition, Ken was ordered to have no contact with animals during his probationary period.

Afterward, Ken said he would appeal the judgment against him. But this plan appears to have been derailed by an August 31, 2016, search of the Kubics' home, captured in this new PETA video:


PETA notes that officials found more than 2,000 animals on the Kubics' property, including nearly 1,500 mice in a shed characterized by the organization as a "rodent factory." Dozens of the mice and rats occupying small bins and cattle troughs were dead, including some in two flooded containers infested with maggots.

The Kubics' basement may have been even more disturbing. The space, which is said to have reeked of urine and feces, housed more than 500 hedgehogs, sugar gliders, snakes and other reptiles. Corpses of hedgehogs and snakes were also found, and the snakes that remained alive were severely dehydrated; the majority had no access to water. Eighteen snakes needed veterinary care, as did a bearded dragon PETA calls "emaciated."

The total number of dead animals at the Kubics' place topped fifty.

In a statement, Daphna Nachminovitch, PETA's senior vice president of cruelty investigations, notes that "just months after being convicted of cruelty to animals, Kenneth and Lynn Kubic were causing small animals to suffer and die in hellish conditions in their basement and shed. These are serial animal abusers who must be barred from ever harboring an animal again."

Below, see photos of the scene taken by Adams County officials, complete with PETA captions. Warning: The images may disturb some viewers. 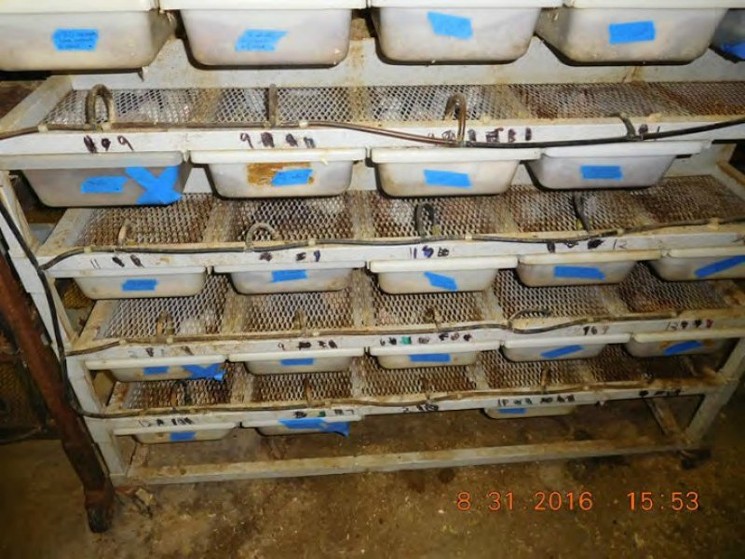 "Hundreds of mice were kept in small, shallow bins on rack after rack in one of the Kubics’ sheds."
Courtesy of PETA
click to enlarge 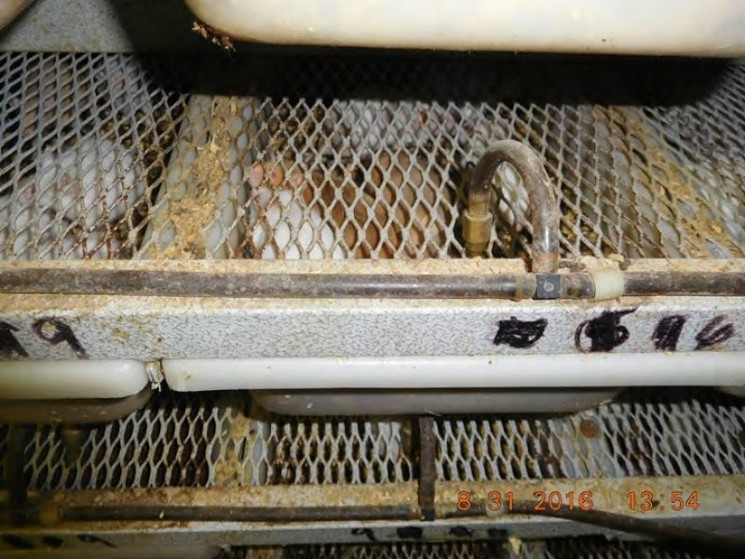 "Dozens of mice were kept in tubs containing such an accumulation of feces that their backs scraped against the metal grating."
Courtesy of PETA
click to enlarge 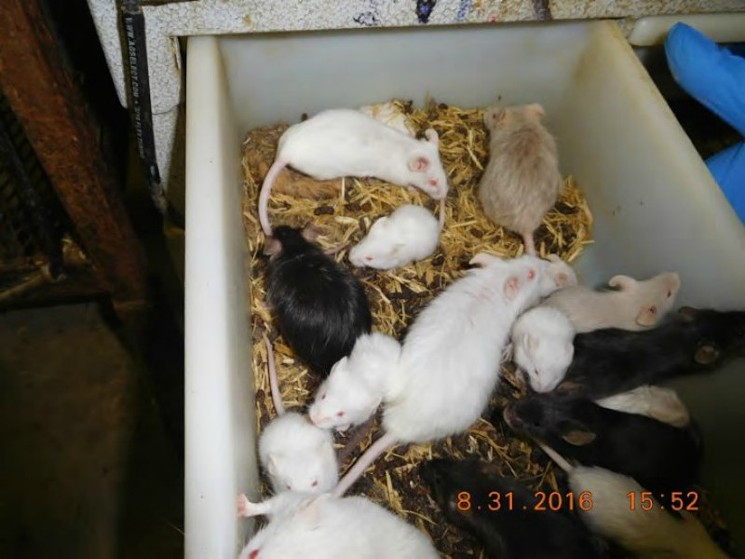 "Mice of various ages were severely crowded in the filthy bins."
Courtesy of PETA
click to enlarge 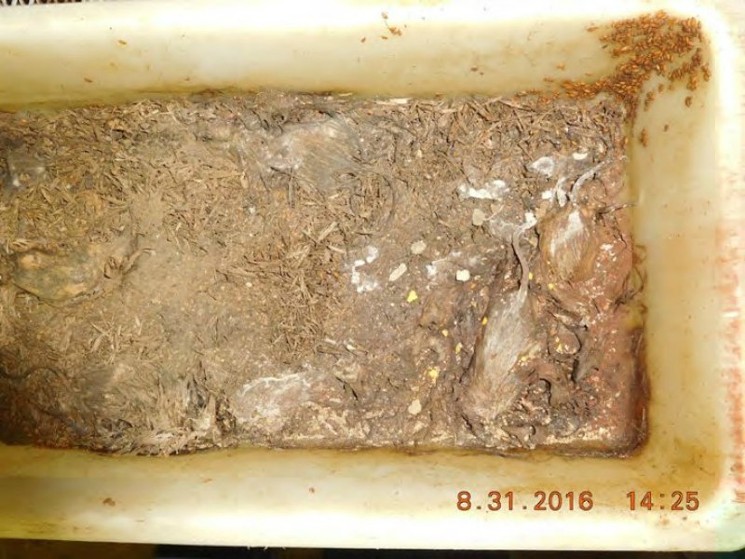 "Maggots covered part of this bin, which had contained dead mice for so long that it was difficult to count them."
Courtesy of PETA