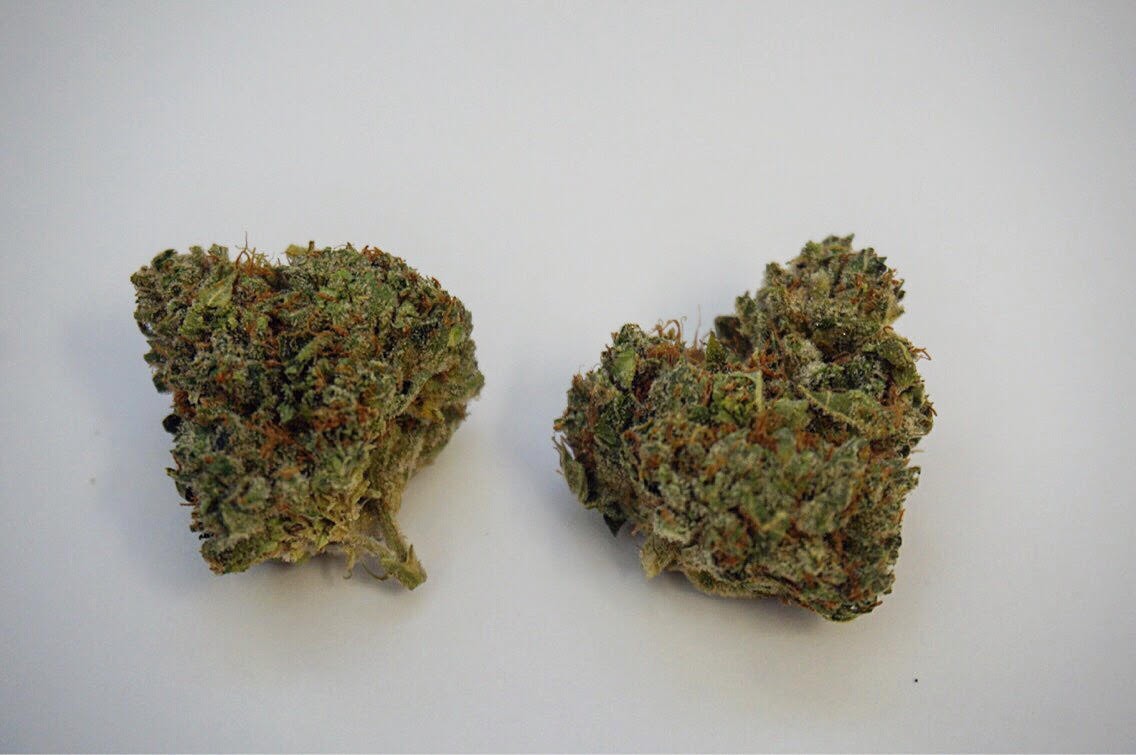 Herbert Fuego
Name your poison: Toxic Kool Aid.
The phrase “drink the Kool-Aid” is commonly used when talking about letting hype or peer pressure affect a decision, but it has pretty morbid origins. The saying stems from the 1978 Jonestown tragedy, in which over 900 followers of cult leader Jim Jones died from drinking a cyanide-laced version of the juice mix. Don’t let that stop you from enjoying a glass at your next cult meeting, though: Just add a little more sugar, and that cyanide tang will go right away.

Toxic Kool Aid, a strain popping up in a handful of dispensaries around Denver, wouldn’t be my first choice for infusing a Keef Cola, but I’ll happily stuff a gutted cigarillo with it. In no way will this strain have you jumping through a living-room wall with energy, but one sniff could have you screaming “Oh, yeah!” in no time. The sativa-dominant hybrid, known for a syrupy flavor and stony high, hasn’t gained national or even statewide notoriety, but word of mouth should change that soon.

A cross between Amnesia Haze and the White, Toxic Kool Aid’s high THC content and Haze influence create one of the most absentminded highs I’ve ever experienced. Even one hit from this sugar packet will punt your intelligence out of bounds for a few hours – but given its parent strains, that's not very surprising. Both Amnesia Haze and the White are two classic heavy hitters that can rob users of focus and wit.

The Clinic and the Herbal Cure, two of my favorite dispensaries in town, are the only pot shops I’ve come across that currently carry Toxic Kool Aid. Both of their cultivation staffs have grown excellent cuts, taking the White’s compact, bulbous bud structure and potency and pairing it with Amnesia Haze’s bright, fruity flavor for a high that’ll take you back to your rookie year. It’s safe to say that I’m now drinking the Kool Aid – but only if it’s toxic.

Looks: A glowing, bright color could be the inspiration for “Toxic,” as the strain’s buds are an intense bright green, with small white trichomes and sparse pistil coverage that make it almost glimmer. Despite its strong Haze influence, the plant’s buds are short, cone-shaped and dense, much like those of the White.

Smell: A powdered-candy scent will surprise your nostrils, like when you first rip open an old, chalky piece of fruit-flavored gum. The berry sweetness is quickly followed by tangy, fresh scents of soil to even it out.

Flavor: Toxic Kool Aid is anything but, with an intensely sweet flavor similar to that of Pixy Stix, Smarties or other powdered forms of sugary sweets. After your tastebuds get over the initial shock, subtle berry flavors and a strong, earthy citrus back end (think arugula) take over for a more rounded flavor than the smell suggests.

Effects: Although it’s sativa-dominant, Toxic Kool Aid is strictly an inside or nighttime strain for me. The strong Haze effects create an aloof, spacey high that makes it hard to carry out even the smallest responsibilities with focus. However, the lack of focus and brawny effects can treat anxiety, stress, depression and other minor mental ailments, as well as eating disorders, nausea and chronic pain.

Commercial grower’s take: “Haven’t cultivated this one myself, but I’ve seen what the Clinic has been doing with it, and they’re doing an amazing job. Also heard that a couple other shops around town have it, but I haven’t seen them, so I can’t comment. Either way, it’d be fun to get my hands on it. Based on its genetics, I’d say it takes anywhere from eight to ten weeks to flower. I’d be interested to see the yield, though. The White doesn’t produce much weight, but Haze strains sure can if you feed them well – and both of these strains are hungry plants. If its yields were even average, I could see this becoming more popular commercially thanks to its catchy name.”