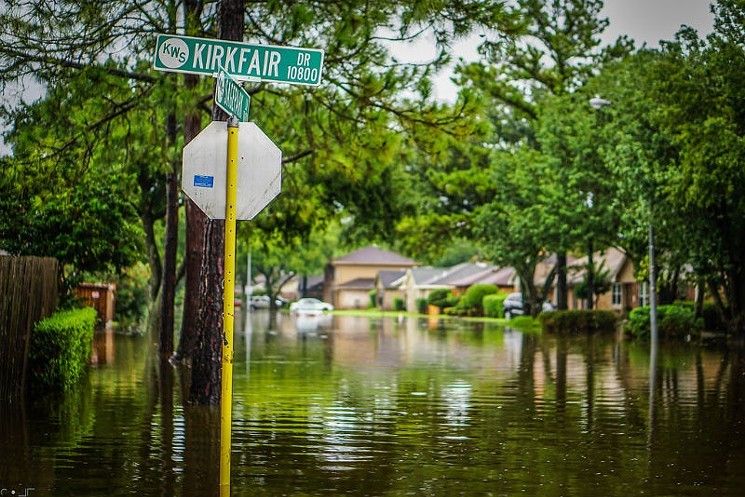 Brandon Navarro via Houston Press
The aftermath of Hurricane Harvey

Not long after Hurricane Harvey hit Houston, a group announced on Facebook that it would attempt to raise $1 million over the next nine months for musicians who have lost music gear, houses or cars during the hurricane.

Chris Kresge, founder and president of Rocky Mountain Music Network and host of the Colorado Playlist radio program, posted “benefit concert anyone?” on Facebook, and Cass Clayton, frontwoman for both Hogback Blues Band and 7th Heaven, immediately jumped on board.

Kresge and Clayton teamed up with Dave Perlowski, Joe Michaels, Gregg Adams and Mike Golden to form what was originally called Colorado Music and Media for Houston; the group changed its name to Rocky Mountain Music Relief after Hurricane Irma.

“We thought maybe this organization will outlast its nine months, too, and we’ll continue to do this kind of thing,” Clayton says. “It should be broad enough that we can help humanity, and we don’t have to say it’s for a specific type of disaster. So that’s how the name Rocky Mountain Music Relief came about. We will be helping the people who’ve been hit by Irma.”

Clayton, who has a nonprofit background, says the biggest challenge out of the gate was not being a nonprofit. The organizers wanted donations to be tax-deductible. That was solved when Adams connected them with MusiCares, a foundation that was established in 1989 and provides support and social services to musicians in need of medical, personal and financial assistance.

Clayton says MusiCares has set up a hurricane fund, and the money that Rocky Mountain Music Relief raises with concerts over the next nine months will go to that fund. Some concerts will spotlight national musicians; others will focus on local acts.

When the organization launched its Facebook page two weeks ago, a few hundred musicians offered to help, and now nearly 700 people in the music community have pledged their support, Clayton says.