Why You Should Order Satan Cakes From Discriminatory Christian Bakers 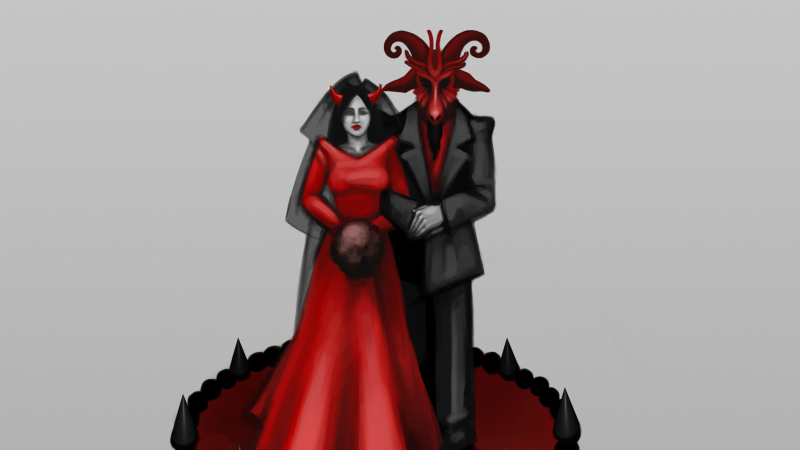 Courtesy of The Satanic Temple
Jack Phillips of Denver's Masterpiece Cakeshop is reportedly shocked and appalled that someone asked him to bake a birthday cake for Satan. But was his rejection of this entreaty against the law? A representative of The Satanic Temple, a Salem, Massachusetts-based organization that's been encouraging folks to make just such a request of Phillips and other bakers who feel they should be allowed to refuse service to gay customers because of their Christian faith, says yes.

"Religious liberty isn't only for one religious viewpoint," maintains Temple co-founder and spokesperson Lucien Greaves. "The more theocratic evangelical nationalists keep forwarding this notion of religious liberty as a blank check, the more it's eventually going to turn around and bite them in the ass."

Here's some context for this controversy. Back in June, the U.S. Supreme Court announced that it would consider whether Phillips and his shop discriminated against a gay couple, Charlie Craig and David Mullins, by refusing to make them a wedding cake. Last month, the administration of President Donald Trump, as represented by the Department of Justice, weighed in on the side of Phillips, even though Craig and Mullins have racked up a string of legal victories in Colorado over the past few years.

As we've reported, the original incident involving Craig and Mullins took place back in 2012, and in May 2014, the Colorado Civil Rights Commission found that the pair had been victims of discrimination. In the hearing, as former Westword staffer Melanie Asmar reported at the time, Commissioner Susie Velasquez said that because Masterpiece Cakeshop is a "public accommodation" under the law, it is barred from discriminating against same-sex couples. "It should be open to everyone," she said.

"If a cake shop said, 'No, I don't bake cakes for Hispanics,' that would be the same," added commissioner Diann Rice, speaking in agreement with Velasquez.

Masterpiece Cakeshop owner Jack Phiillips.
CBS4 file photo
In April 2015, Phillips's legal team, from the faith-based Alliance Defending Freedom, asked that the matter be brought before the Colorado Court of Appeals, and while the organization lost in that venue, reps are confident they'll prevail at the U.S. Supreme Court level on First Amendment grounds; they contend that for Phillips, making a cake is a form of speech because of the artistry involved. But the ADF also argues in one of its recent filings that the Supremes don't believe "eradicating private individuals’ opposition to same-sex marriage" is "a uniquely compelling interest. To the contrary, the Court has recognized that opposition to same-sex marriage 'long has been held — and continues to be held — in good faith by reasonable and sincere people,' and that '[m]any who deem same-sex marriage to be wrong reach that conclusion based on decent and honorable religious or philosophical premises.'"

This last philosophical point inspired members of the Satanic Temple to put together an action plan.

"In light of the forthcoming Supreme Court hearing about the right to discriminate against the LGBTQ community, people have been reaching out to us to see if there might be a way to discriminate against the evangelical theocratic nationalists," Greaves explains. Hence the notion of inviting anyone who can't get a cake for their same-sex union to contact the Satanic Temple, whose guardians promise to host a party in the couple's honor at Salem HQ, as well as order a Satan-themed cake from what Greaves refers to as "your offending discriminatory 'religious liberty' enthusiast."

This February Facebook photo depicts what is described as a "London blood ritual highlighting the implications of the UK blood ban on gay men and sex workers donating vital life-saving blood."
The Satanic Temple Facebook page
In recent days, the Daily Signal website revealed that a thus-far-unknown individual apparently took inspiration from the Satanic Temple's strategy, sending Phillips an email that reads in part:


It is a cake that is religious in theme, and since religion is a protected class, I am hoping that you will gladly bake this cake. As you see, the birthday cake in question is to celebrate the birthday of Lucifer, or as they [sic] are also known Satan who was born as Satan when he was cast from heaven by God.

Predictably, Jeremy Tedesco, senior counsel for the Alliance Defending Freedom, sees this incident as a reason that the Supreme Court should find in Philips's favor.

"The request for Jack to make a cake celebrating Satan proves the danger of using these kinds of laws to force people in the artistic profession to create artwork that violates their beliefs," Tedesco told the Daily Signal. "The request from the Satanists is essentially the same as the request that Jack Phillips received from the same-sex couple to create a cake that violates his beliefs, because in both instances, the requester can say the law covers my request. For the Satanists, they’re going to say it’s religious discrimination for you to say no to a cake that I’m requesting because of my protected status."

This last prediction lands close to the mark. When it comes to the Supreme Court, though, Greaves argues in favor of "consistency — so one of two options would be tenable. Either religion should be removed from being a protected class or sexual orientation should be added. Otherwise, it's reprehensible in a pluralistic society to treat the LGBTQ community as second-class citizens or elevate religion into a super-class."

Not that Greaves is expecting either of these outcomes. "I feel strongly that the ruling will come down in favor of allowing for discrimination," he admits. But in the meantime, he's encouraging same-sex couples to find innovative ways to resist.

"We're trying to be creative," he says, "and hopefully mentioning these ideas in the context of wedding cakes will make folks think more creatively about how they can approach these issues."

As a bonus, the Satan cake at the top of this post looks delicious, even if Phillips didn't make it.