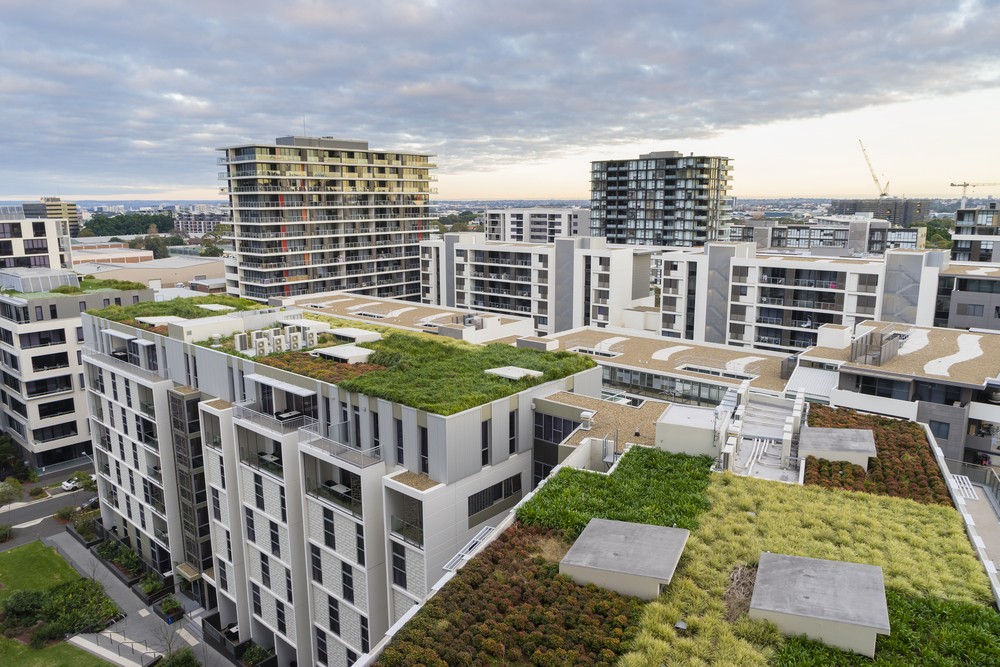 Sunflowerey/Shutterstock.com
I-300 opponents argue it goes to far too fast.
Like many other municipalities around Colorado, on November 7, Denver will be electing new school-board members and also taking up some needed housekeeping measures. The city’s residents will also be asked to vote on the GO Bond proposals, which will affect nearly every aspect of city life. But while descriptions of those proposals will fill the ballot, a different Mile High issue is drawing a fair amount of ire this election.

Initiative 300 would require that buildings in Denver larger than 25,000 square feet install “green roofs,” which incorporate vegetation or solar panels to mitigate climate change and pollution.

Pushed to the ballot by the Denver Green Roof Initiative, which has raised just under $6,500 in donations, mostly from private citizens, for the campaign, the measure is very unpopular with developers. According to campaign finance records, every donor to Citizens for a Responsible Denver, the political committee fighting I-300, is either directly involved with or related to developing, including the Associated General Contractors of Colorado, Denver Commercial Association of Realtors and the Colorado Association of Mechanical and Plumbing Contractors. Citizens for Responsible Denver netted $41,500 in campaign donations through October 5. It also gained some valuable opponents to the proposal.

Mayor Michael Hancock, for example, argues that the measure is too rigid and that green roofs would be too costly. “[Initiative 300] goes too far too fast and provides no flexibility or opportunity for ‘carrots’ instead of ‘sticks,’” he said in a statement. “By taking a mandate-only approach and eliminating the opportunity for options, the initiative would actually hinder efforts to pilot, promote, phase and incentivize green infrastructure, as is being done in many of our peer cities across the United States.”

But according to I-300 campaign manager Brandon Rietheimer, it was actually Hancock — as well as Democratic presidential candidate Bernie Sanders — who inspired the initiative.

After a December 2016 audit by Denver Auditor Timothy O’Brien found that the Office of Sustainability, created by Hancock in 2013, “does not have sufficient authority or resources to ensure that the City’s 2020 Sustainability Goals” — which aim to reduce greenhouse gas emissions and increase renewable energy consumption — “are achieved,” Rietheimer decided to take a grassroots approach to solving climate change, what he considers Denver’s biggest threat.

“We believe development should be done sustainably,” says Rietheimer. “At the rate of growth we’re seeing, we need to make sure we’re building for our future now and not trying to fix it later.”

Rietheimer, who works as a manager at Red Robin, looked at what cities around the world are doing to fight pollution and the urban heat-island effect. After some research, he decided that the green roof ballot initiative would be Denver’s best solution. Last year, San Francisco became the first U.S. city to require certain development projects to incorporate green roofs; they’re popular in Europe and in some cities in Canada, too.

We've rolled out stories about ballot issues Denver voters will weigh in November all week. Find our coverage of the GO Bond's 2A and 2B here, 2C and 2D here, and 2E and 2F here.