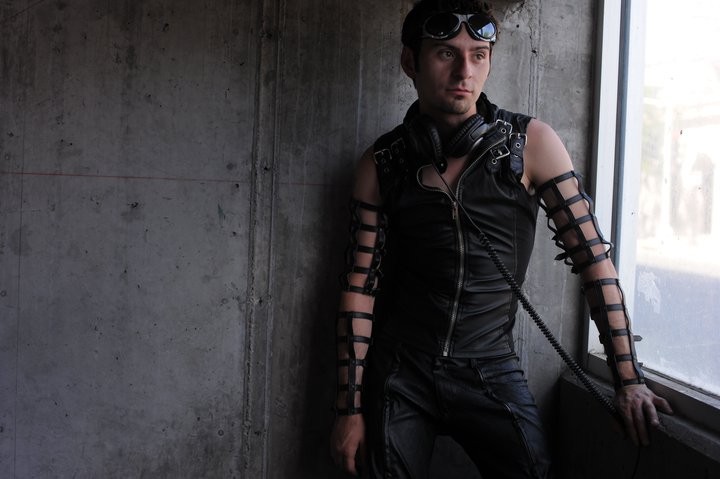 "Music saved my life as an adolescent," says AJ Ritual, founder of the Denver goth collective Ritual Noize. "If it weren't for music, I probably would have overdosed on drugs or committed suicide. It was the only thing positive I had to deal with my depression and anxiety growing up. I now feel like I owe it to the music to book the bands, play the songs, promote the shows, create the album-release parties and honor what truly saved my ass as a kid – especially dark alternative music. That was the medicine that got me over so much."

Ritual started booking shows in Albuquerque and soon decided he wanted to move to a place where he could book larger events. He also wanted a change of scenery to help kick his addictions.

"Ritual Noize got started when I moved to Denver about seven years ago," he says. "I was fighting drug addiction and alcoholism, and I decided that a geographic change would cure me. It didn't, but I did find help, and I recovered. And now my drug of choice is music. Sounds super-cheesy, but I live this life 100 percent. I've been clean and sober for six years."

Ritual took his initial musical inspiration from Marilyn Manson himself — a goth icon, but one who gets written off within the scene as a slightly overblown pop star.

"My first concert, age twelve, was Marilyn Manson," Ritual admits. "Absolutely changed my life. Lots of goths will scoff at the idea of Manson, but Manson was the artist that helped me express myself and opened doors to more obscure, darker artists that I promote and book today."

Ritual Noize promotes shows and parties showcasing goth and industrial DJs and bands. When the collective first started out, it was only doing a few scattered events, but now it has recurring nights and special parties throughout the year.

The group is planning a Halloween party, the Third Annual Colorado HELLoween Ball, on October 28 at Bar Standard.

"HELLoween is always about mixing club culture, the Halloween tradition and live musical performances with a horror theme attached," Ritual said. "It's a Halloween for goth, industrial, alternative people. This year the decor is Psycho-themed in honor of the Alfred Hitchcock classic."

Part of the collective's goal is to grow the audience for goth music.

"We have a major following for our community, but we always want to expand and put the darker events in the mainstream," Ritual explains. "At this point, it's safe to say that Denver has enough outlets for the dark alternative scene, with club nights and events every night of the week and full concert bookings each month."
Keep an eye on Ritual Noize for even more announcements and alternative happenings in the new year.