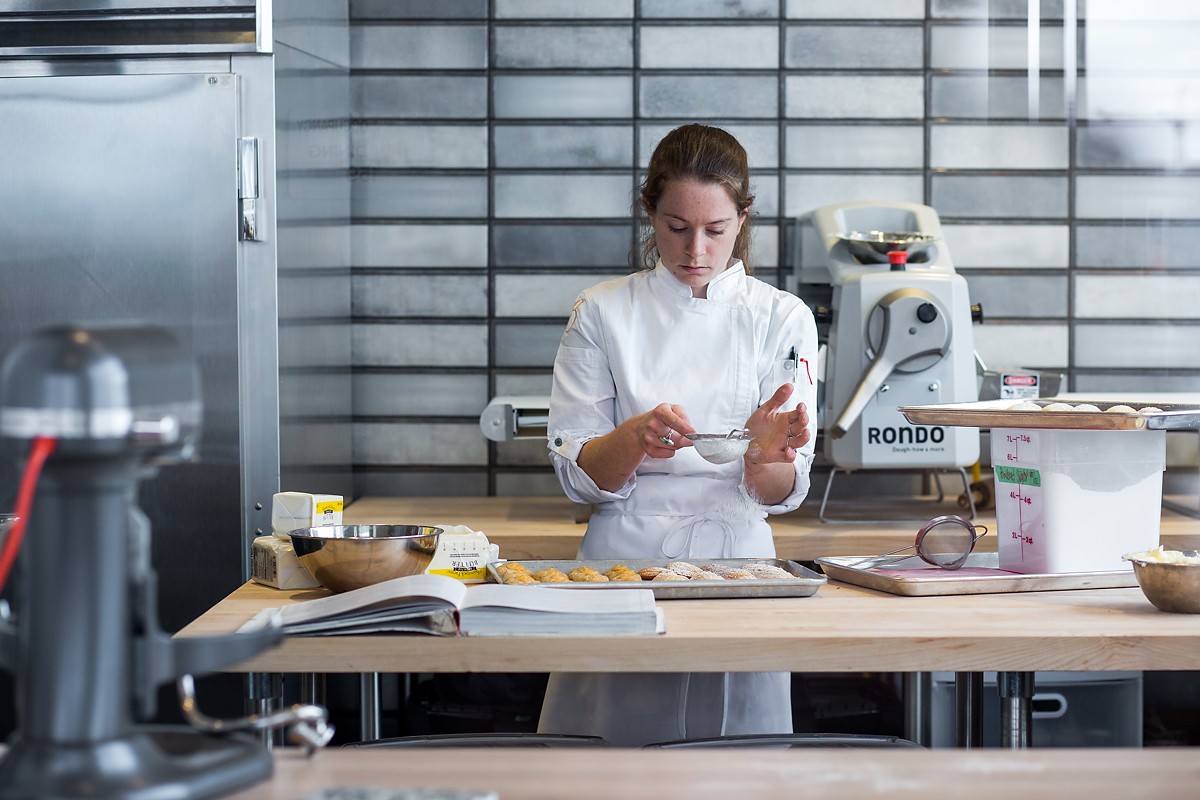 Danielle Lirette
The spacious kitchen and bakery at the Bindery are on full view to guests.
New apartments and condos continue to clutter the portion of the Highland neighborhood now known as LoHi, replacing aging warehouses and rows of bungalows in equal proportion. While some of the architecture is of questionable merit, at least many of the new buildings come with retail space on the ground floor — and some of that space can outshine the boring, boxy structures towering above. Such is the case with the Bindery, chef Linda Hampsten Fox's new market restaurant at 1817 Central Street.

Fox, a world traveler and caterer who has apprenticed under chefs in Italy, France and Switzerland, cooked for celebrities (Dave Matthews and Nancy Pelosi among them), and operated her own farm in Tuscany, unveils the Bindery for dinner tonight, Friday, October 27, beginning at 5 p.m. Dinner is just the start of this ambitious project, which will soon include breakfast beginning at 7 a.m., a pastry counter with housemade goods, and a market offering hot takeout dishes and a small assortment of bottled and jarred products. The bindery's version of coq au vin uses cava instead of red wine and replaces the slow-stewed chicken with roasted Boulder hen.
Mark Antonation
The restaurant is the culmination of Fox's career spent honing recipes and techniques from her life in Italy, Mexico, Boulder and New Jersey (where she grew up in a Czech-Polish family). While her cooking style defies easy definition, hints of all of her influences can be found in nearly every dish. On the dinner menu, for example, there's a ravioli called cansuzei from Cortina, Italy (near the border with Austria) that's stuffed with braised radicchio and bathed in a buttery poppyseed broth. But there are also braised beef cheeks flavored with guajillo and ancho chiles, and octopus swimming in a zingy aguachile sauce enriched with charred tortillas, both influenced by her time in Baja California. And a rabbit rarebit combines a rustic Welsh dish of cheese and toast with a European sensibility for alternative proteins. 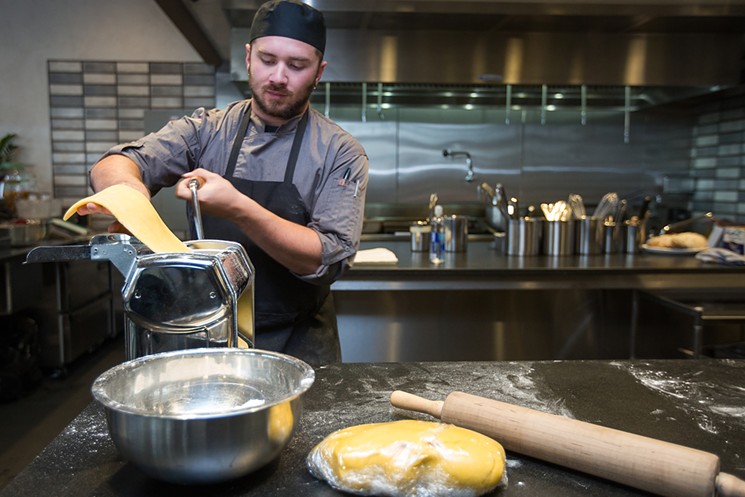 The Bindery isn't an Italian restaurant, but pasta pops up on the eclectic menu.
Danielle Lirette
Throughout the dinner menu, other ingredients come from nowhere but the chef's imagination; guests will simply have to put faith in Fox's talent when contemplating corn husk oil, pistachio "dirt," maple carrot jerky or coq au vin that loses its red-wine stain in favor of a lighter sauce made with Spanish cava.

Breakfast, when it launches sometime in the next week or so, will offer a range of pastries in the classic Viennoisserie tradition (think croissants and other flaky creations) as well as yogurt parfaits, house granola and warm dishes. Brunch kicks off this Saturday and Sunday and covers Dutch babies, croque-madames, egg dishes and porridges, most also carrying Fox's creative twists. 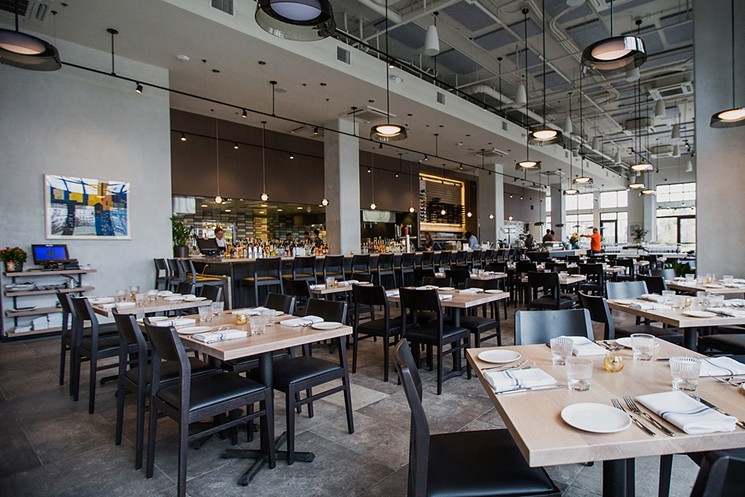 Instead of Baked Alaska, the Bindery serves Baked Colorado. The toasted meringue shell hides tres leches cake, dulce de leche ice cream and chocolate.
Mark Antonation
Once everything gets up and running, hours will be Tuesday through Thursday and Sunday from 7 a.m. to 9:30 p.m. and Friday and Saturday from 7 a.m. to 10:30 p.m. (closed Mondays). For now, you can enjoy dinner starting at 5 p.m. and brunch beginning at 11 a.m. Saturday and Sunday. Call 303-993-2364 or visit the restaurant's website for more information and reservations.