Tavernetta to Reopen After Fire, but What Have the Employees Been Doing? 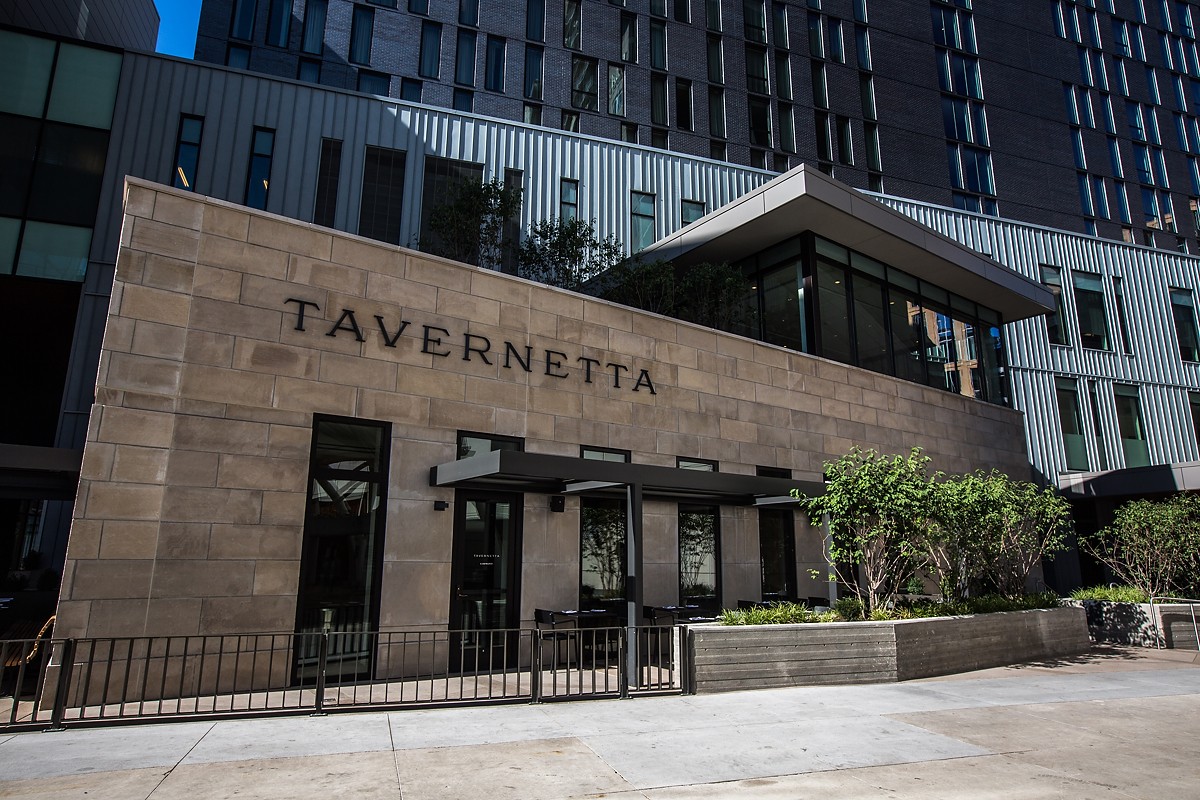 Danielle Lirette
Tavernetta opened on September 13, and returns November 9 after a fire.
Tavernetta — the much-anticipated Denver debut from Frasca Food & Wine's Bobby Stuckey, Lachlan Mackinnon-Patterson, Peter Hoglund and partner Mark Falcone — was barely a week into service when tragedy struck: A fire broke out during dinner service on September 21, eventually requiring an evacuation and forcing the restaurant to shutter. A seven-week repair and remodel ensued, the results of which will be revealed next week. Tavernetta reopens to the public at 11 a.m. on Thursday, November 9. Remarkably, the entire staff, except for one person who took another position with another group, will return, too. And in the silver lining of the experience, some will bring more knowledge to their roles than they had at the outset.

When the management team gathered the staff for an all-hands meeting after the fire, employees were assured that they'd be paid for the duration of the closure; they were also encouraged to take the opportunity to hone their craft and stay engaged. "Bobby invited the staff to get in touch with myself and Justin [Williams, general manager at Tavernetta] and Rose [Votta], the GM at Frasca, to invite them come up to Frasca...to stage," says Jodi McAllister, assistant general manager at Tavernetta. "We had an overwhelming amount of people at first."

The dining room at Tavernetta will soon be bustling again.
Danielle Lirette
Eventually, fifteen Tavernetta front-of-house team members worked at least one night at Frasca (one of them did eight shifts) working with a Tavernetta manager to observe service, clear tables, run food and change table settings. "We had one staff member with a Tavernetta mentor — a manager or someone who’d worked at Frasca before...and we walked them through service," says McAllister. "Vision of the dining room was something Bobby wanted them to get out of their experience, so we'd run food together and clear tables together so they could see how to serve from the left, clear from the right. It's basic, but it's all about muscle memory, so we were working on that and practicing together, rather than throwing someone in the dining room and having them figure it out on their own."

Many Tavernetta staffers hadn't seen Frasca's service before Tavernetta opened, so this was an opportunity to understand the company's brand of hospitality and the steps that bolster it. "People who’d never worked on a restaurant floor came into our restaurant and were dealt 200 covers a night," says McAllister. "Going to Frasca and working 80 to 100 covers a night, which feels really busy at Frasca, was really special — it was really special to see a person going to Frasca one night and being a little nervous, and then coming in the next night and picking up on the serving cues and basics. We were able to teach those really well." 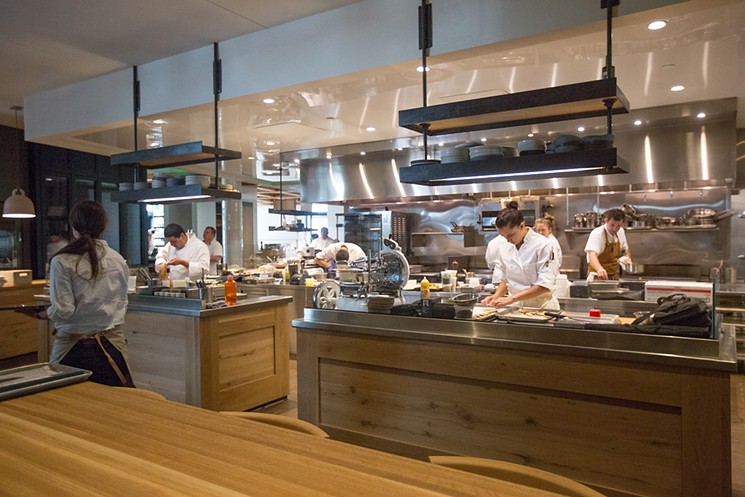 These Tavernetta employees have been busy honing their skills since Tavernetta closed after a fire in September.
Danielle Lirette
The assistant general manager says Tavernetta employees were also invited in by the Frasca wine team for tastings and seminars, including a class on Burgundy right before Boulder's Burgundy Festival. All of this ties into the company's focus on constant restaurant education. In addition to pre-service meetings that go over the basics of service, Frasca's entire staff discusses the New York Times restaurant review each Wednesday, and Tavernetta will also keep its staff aware of what's happening in the dining industry at large.

Stuckey nudges his employees to eat at other restaurants of a similar caliber to Frasca and report back on their experiences, and the company encourages stages when members of the team travel; McAllister says she spent a week in New York during her tenure at Frasca, and Stuckey helped her land a stage with fine-dining beacon Eleven Madison Park, a highlight of her trip.

During the break, a few Tavernetta staffers took advantage of those stages, too, particularly those who had previously worked at Frasca or Pizzeria Locale in Boulder. One server headed out to New York City to work at Pasquale Jones — where an owner and the general manager are Frasca alumni — and he came back fired up by all the wine he was exposed to in several days of opening bottles for guests. Another Tavernetta expeditor traveled to San Francisco for a stop at Californios. (Unfortunately, fires seemed to be part of his life as the Napa wildfires derailed his plans to hit the Restaurant at Meadowood and Thomas Keller's Ad Hoc.)

Whether they traveled out of state or not, though, McAllister says, "we really experienced a great deal of positivity through this time. People had great things to report back." She hopes it helped foster a supportive culture at Tavernetta, too.

The staff will return to the restaurant this weekend for a refresher and introduction to new menu items, which will reflect seasonal changes as well as new creations from executive chef Ian Wortham and his team, who also used Frasca's kitchen for research and development during the break.