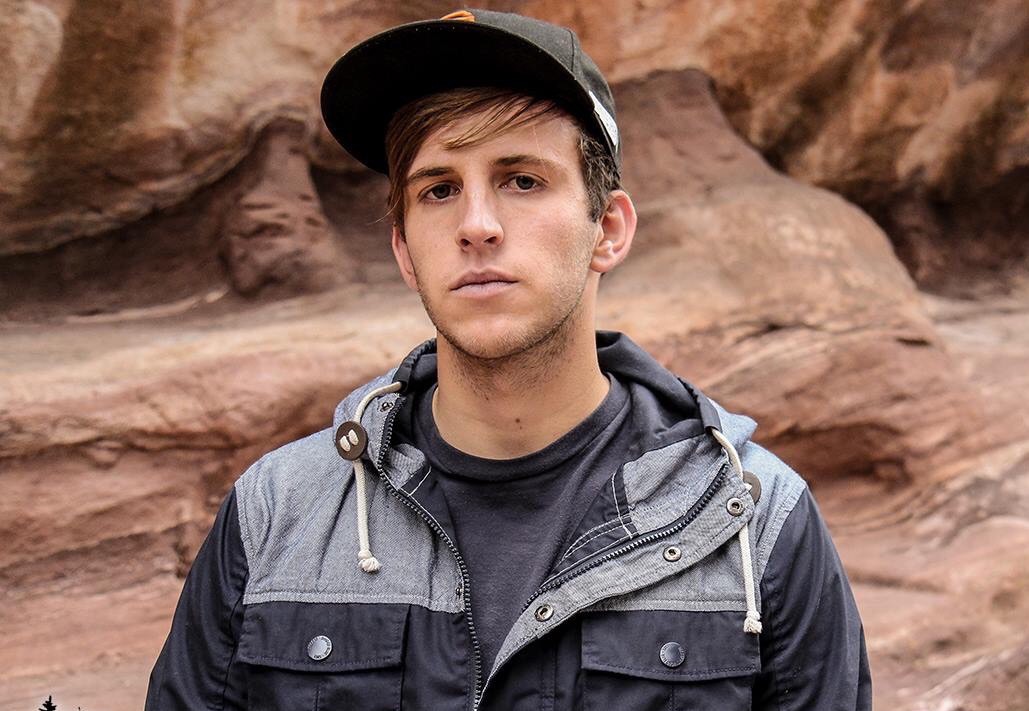 Miller, who grew up in San Francisco, moved to Colorado in 2013 for a quiet life in the mountains and a slower pace of life.

That same year, he went to see Bassnectar at Red Rocks; the bass god’s mastery inspired the budding artist.

“I’d been making music since 2008, but that show influenced me to take music more seriously and gave me a lot of motivation to pursue it,” Miller recalls. “That was the moment I decided that making music was definitely what I wanted to do. I went out and bought Ableton the next day.”

He moved from the mountains down to Denver, enrolled in the University of Colorado’s music-business program and began producing his first EP. To support himself, he delivered sushi and coached lacrosse.

“Denver is a great city for artists,” says Miller. “It’s big enough to make a name for yourself and get noticed nationally, but not so huge like L.A. or New York, where there are thousands of other bands competing for attention.”

Miller met like-minded musicians through the CU Denver program, which he never completed. When he launches his headlining Awake tour at 1STBANK, two of those friends will open for him: piano player Trevor Christensen, who performs as Said the Sky, and future-folk mandolin player Carter Matthews, who plays as Toy Box. Both are Colorado natives.

“Denver has a thriving electronic scene, and I’m excited and grateful to be able to showcase some of that on the bill,” Miller says. “Both Said the Sky and Toy Box are good friends of mine and make amazing music. I’ve done shows with each of them in the past, and they’ve been there since the early days.”

Miller promises a concert rife with music that “connects with people and evokes emotion,” something he does expertly on his latest record, Awake, thirteen tracks of bliss-inducing ear crack laced with alt-rock vibes. This latest effort is a departure from his more traditional dubstep and drum-and-bass styles, which he promises haven’t gone away. On Awake, Miller took a more sentimental direction.

“This album was definitely a journey,” he explains. “It starts in a place of loss and ends in hope…. When someone’s going through any sort of major personal struggle, there’s always this kind of awakening that happens, and that’s the story I wanted to tell.”

“Connecting with my music on a personal level is really important to me,” he says. “I’m not trying to make the next radio hit or songs that will be played everywhere. I just want to tell part of my story and share the positive energy I’ve gotten from music with others.
“Sometimes I feel like I’m not sharing enough,” he continues. “I’ve had so many fans and people that support me share deeply personal things about how my music has helped them that it makes me want to be as open as possible during my creative process. Making music is vulnerable. Listening to music is vulnerable. I’m blessed to be a part of the unifying experience that music creates.”

Miller’s stardom has taken him to festivals and venues worldwide. Still, “coming back to Denver after being on the road is very refreshing,” he says. “And I think that’s why this album sounds so organic, almost warm. It’s the feeling of coming home.”

Planning the Awake tour has been the most challenging process of his career to date, says Miller. In part that’s because he’s shifting toward more live instrumentation, ditching the CDJs and drum pad and replacing them with huge taiko drums, marching snares, cymbals and keys. He’ll still work with electronic tools to create many of his sounds, but he won’t be leaning on a pre-recorded playback set.

“So many possibilities open up when the show is performed live,” he says. “Live production brings the songs to life and creates the best possible experience for the audience, and us as the artists. Having multiple people on stage playing instruments, banging giant drums and feeding off each other’s energy is more engaging and creates a more organic experience overall.”