Rachel Paton
Bryan Cavanagh, Tran Wills and Josh Wills say goodbye to Svper Ordinary.
When they opened retail experiment Svper Ordinary in the Source in 2013, Denver art and design mavens Tran and Josh Wills, business partner Bryan Cavanagh and gallery director Pedro Barrios took several chances. First, there was the location itself, a new market hall created by Zeppelin Development in an 1880 brick foundry building on Brighton Boulevard in RiNo. And then there was the concept: a gallery/retail combination that focused on affordable work by up-and-coming artists on the walls, sold alongside hip jewelry and housewares on the shelves.

It turned out to be a prescient gamble, and the first couple of years went great, says Tran Wills. But then things began to tip, especially after concentrated construction projects on the street made access to businesses on Brighton Boulevard difficult. And all three partners were busy with other projects — Josh and Bryan as graphic designers, and Tran as a partner in the rapidly expanding Base Coat Nail Salon concept. 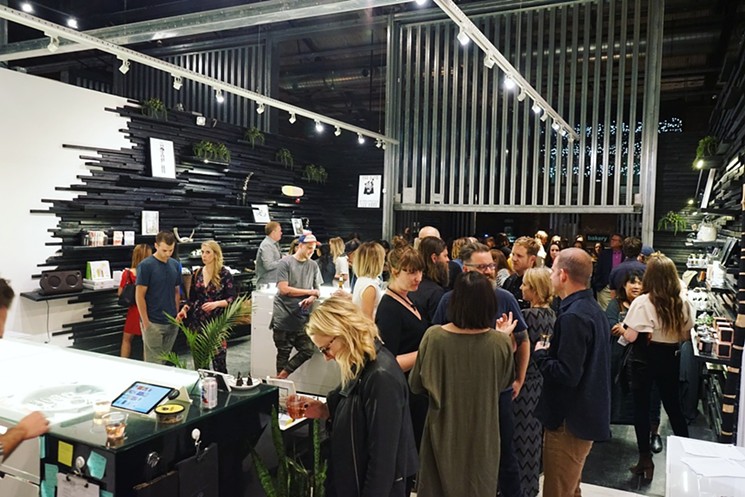 Svper Ordinary in better days.
Bryan Cavanaugh
They stuck it out for another year, but in recent weeks, they made the decision to close the store and make way for someone else’s dream. “It’s time,” says Tran. "We’re all so busy, and on top of that, there’s been all the construction. It was time to move forward.”

The trio officially closed the book on Svper Ordinary on November 6, but not without a real sense of accomplishment. “We really did take it to another level as an art/design retail concept,” Tran notes. “We did a lot in those four years, promoting different makers and artists. For a lot of them, those were their first shows.

“There are lots of galleries,” she adds, “and there are lots of retail shops. We did both well. In the Source setting, we had a lot of people coming in who’d never been in an art gallery before. It was our job to expose those people to art. Some of them ended up becoming collectors.” 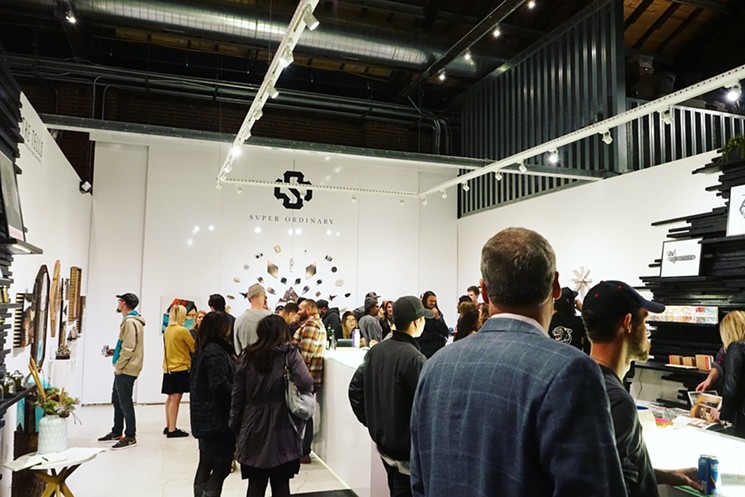 Svper Ordinary's gallery walls.
Bryan Cavanaugh
Cavanagh agrees. “We tried to make the whole gallery atmosphere more approachable and affordable and less intimidating," he says. "But it’s hard to keep the lights on based solely on that. We proved that it worked well for the first three years. Now I'm excited to jump back into my ‘real’ job.”

So are Tran and Josh Wills. “People keep telling us how sad they are, but I say, ‘Don't be sad. This is just one thing we checked off our list.' We tried — and we weren't a failure at all," says Tran. "It was something we had to do, and we accomplished everything we wanted to do. But when it’s time to let it go, you’ve got to let it go.” 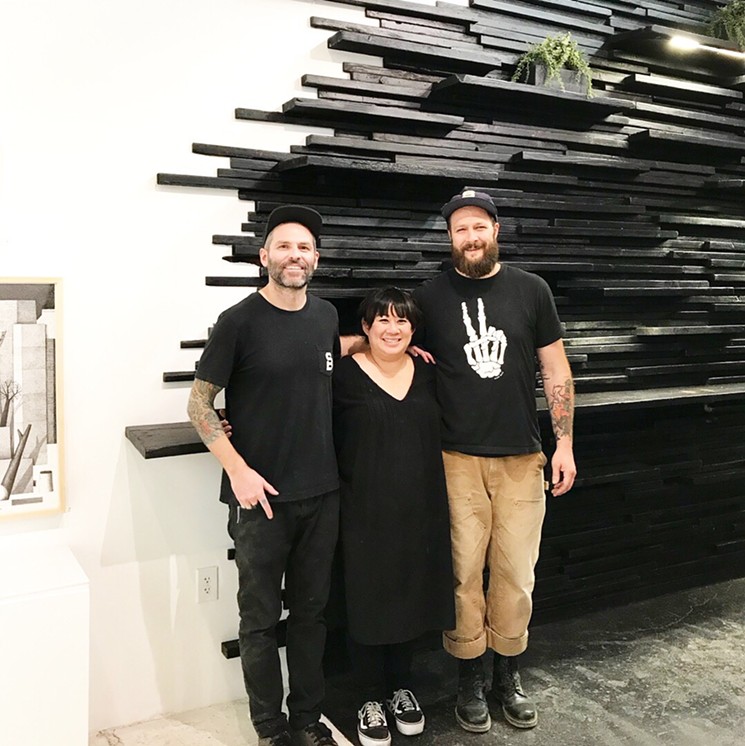 A last look at Svper Ordinary.
Rachel Paton
As for the future of the space, Tran is nothing but positive: “I hope someone steps into our place and does a better job. I'm going to be right there supporting them.” And it’s not likely that this is the last Denver will see of her in the retail realm; she's already floating new ideas in her mind, though it’s too early to let that cat out of the bag. “We all need a break for a while," Tran says. "But this might eventually change into a new form. We’re always evolving.” District resident artist Sharon Brown's work gets shelf space at the RiNo Made Holiday Pop-up at the Source.
RiNo Made
In the meantime, look for a pop-up prototype of the River North Art Distict’s RiNo Made gift shop to fill the Svper Ordinary space through the holidays, featuring merchandise created by artists and makers living and working in the RiNo Art District. In addition, Landscapes: New Works by Paul Michel, the last show to open at Svper Ordinary before closing, will remain on view — and for sale — through November.

Shop the RiNo Made pop-up from November 7 through December 30; the shop is open from 11 a.m. to 8 p.m. Monday through Thursday, 11 a.m. to 9 p.m. Friday and Saturday, and 11 a.m. to 7 p.m. Sunday in the Source, 3350 Brighton Boulevard. Learn more on the Facebook event page. And look for the permanent RiNo Made store to open in January 2018 inside the new Zeppelin Station market hall/creative workspace at 3501 Wazee Street.