Matt Santomarco
There's no better spot to celebrate Veterans' Day in Denver than Civic Center Park, but it's also a place to donate winter supplies to the people who need them the most.
Though many locals can't afford Denver's hottest tickets, there's no need to despair. Museums, cultural institutions, artists, rappers, dancers and comedians are working tirelessly to provide an entertainment calendar as busy as it is varied. Readers can spend a day in one of the city's most charming museums, see magnificent live theater and music, honor veterans, or engage in a bit of spontaneous altruism this weekend. Keep reading for a list of the best free and cheap events in Denver this weekend.

SFCD
SCFD Free Day
Friday, November 10, 10 a.m. to 4 p.m.
Molly Brown House Museum
Free
Residents of Adams, Arapahoe, Boulder, Broomfield, Denver, Douglas and Jefferson Counties, along with all veterans and active-duty military, can enjoy free admission to one of the Mile High City's most charming museums on Friday, November 10. Offering an enjoyable tour through the life of one of local history's most remarkable women and the stately home she resided in, the Molly Brown House Museum is partnering with the Scientific and Cultural Facilities District to open its elegant doors to the public in a daylong celebration of Denver's rich history and vibrant cultural community. The Molly Brown House also represents a formative triumph for Historic Denver, Inc., that's preservation efforts not only spared the unique architectural marvel from demolition, but also restored the home to a glory befitting Denver's most unsinkable citizen. Tickets will be available at the gift shop on a first-come, first-served basis. Visit the Molly Brown House Museum's events page to learn more. 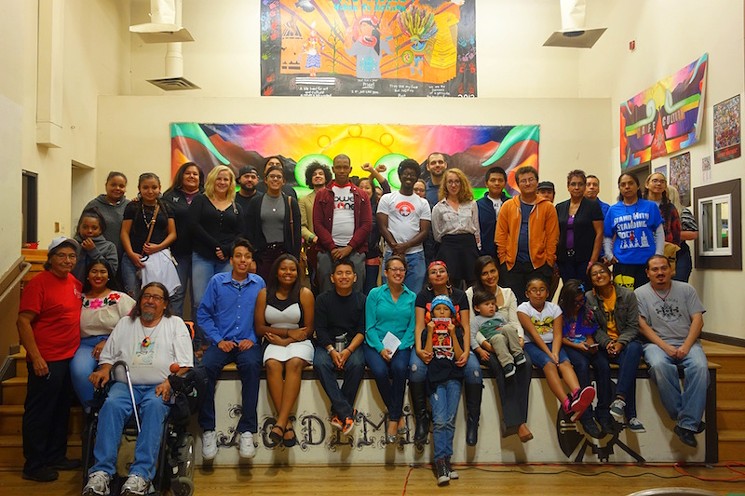 Café Cultura
Cafe Cultura: Thirteenth Anniversary Showcase and Fundraiser
Friday, November 10, 7 p.m.
Café Cultura
$5 to $30
A bustling hub for a diverse coalition of local creatives, Cafe Cultura has been hosting poets, musicians and open-mic performers of every stripe in its inviting Santa Fe Art District performance space for thirteen years now. An achievement like that is worth celebrating, so it almost goes without saying that Cafe Cultura is ringing in its anniversary with a truly arty party. Highlighting the indigenous hip-hop of MCs Frank Waln, Tall Paul and Mic Jordan, the showcase also includes a spoken-word performance from Tanaya Winder as well as an exhibition of striking photographs by Jolene Nenibah Yazzie. Co-sponsored by the the Colorado Immigrant Rights Coalition, the evening is a testament to Cafe Cultura's various outreach efforts, which not only help underserved indigenous youngsters to reconnect with their lost cultural traditions through partnerships with schools and youth organizations, but also provides a vital space to foster their creative endeavors. Visit Cafe Cultura's Donor Perfect page to make a donation, $5 to $30, and learn more. Each tax-deductible donation of $5 is worth a door-prize ticket to win a painting by Gregg Deal. Chain Reaction Brewing Company
Comedy Night at Chain Reaction
Friday, November 10, 8 p.m.
Chain Reaction Brewing Company
Free
After being named the Best New Comedy Show of 2015 at this very site, Comedy Night at Chain Reaction has maintained its distinction for two years, despite dozens of comics and brewers appropriating its basic formula. The show, a collaboration between local comic Steve Vanderploeg and co-owner Chad Christofferson (childhood hockey teammates with a shared love of craft beer) not only continues drawing national headliners and throngs of beery regulars to an unassuming corner of Athmar Park, but has yielded its own signature beverage with Denver Comedy Pale Ale. To celebrate two years of hops and hahas, Vanderploeg and company have brewed up an unbeatable showcase spotlighting traveling standups Brian Emond (Atlanta), and Kate Mason (New Orleans), along with all three Pussy Bros. (Rachel Weeks, Christie Buchele and Janae Burris), followed by headliner Mike Stanley. Visit the Facebook events page for more details.


Midnight Madness: The Lost Boys
November 10 to 11, midnight
Landmark Esquire
$9.50
Some movies are best enjoyed in the company of a rowdy crowd of midnight movie-goers, and Joel Schumacher's delightfully pulpy 1987 feature The Lost Boys is a perfect example. Bursting with ’80s signifiers such as Kiefer Sutherland's glorious blonde mullet, as well as the once-comforting but now troubling presence of Coreys Haim and Feldman, the pulpy vampire yarn delivers plenty of bloodthirsty thrills while inviting many opportunities for unintentional hilarity. In other words, it's a perfect fit for the Landmark Esquire's Midnight Madness screening series. Cinephiles, nostalgists and glampires alike can get tickets to the Friday or Saturday night screenings and find more details on the Landmark Esquire's box office page.

Colorado Veterans Project
Denver Veterans' Day Parade and Festival
Saturday, November 11, 10 a.m.
Civic Center Park
Free
Founded in the aftermath of World War I, the holiday originally called Armistice Day was proposed by Woodrow Wilson to honor living veterans of the Great War. Peacetime was tragically scarce in the years that followed, so the November 11 tribute was renamed Veterans' Day in 1954. The Colorado Veterans Project honors the men and women who served, in a massive display of gratitude, at the Veterans' Day Parade and Festival. The parade itself is divided into serials showing off the weaponry and uniforms from successive eras of American conflict, including the Revolutionary War, the Civil War, World War I, World War II and beyond, along with the requisite floats, bands and marching units. The parade culminates at Civic Center Park, where a daylong festival replete with food trucks, music stages and military displays awaits. Visit the Colorado Veterans Project's events page to find out more. 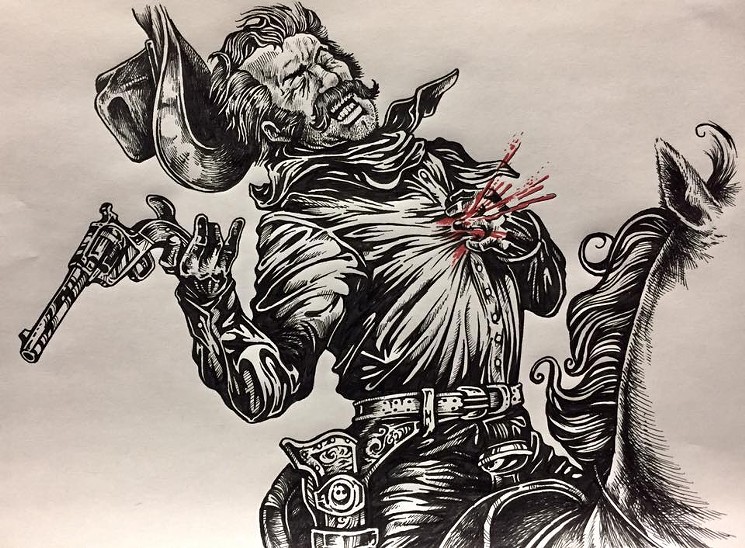