Second Spin Is Closing Its Denver Store in January

After nearly 25 years at 1485 South Colorado Boulevard, Second Spin will close at the end of January.

The 12,000-square-foot store, which sells new and used CDs, vinyl, DVDs and games, is in the process of liquidating its inventory, with items up to 50 percent off the original price.

Second Spin employee Nate Christianson says the store lost its lease and the "landlord decided to venture into something else." 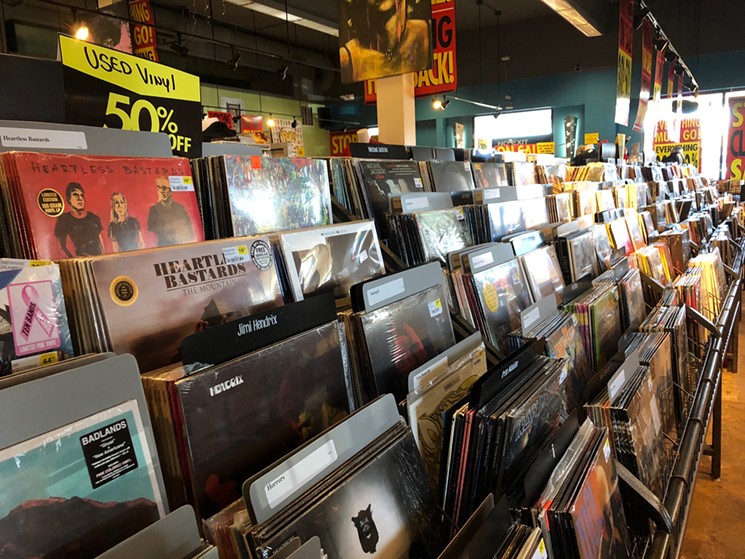 Jon Solomon
He adds that company, which has another store in Costa Mesa, California, four affiliate locations around the country and an online store, is very strong and going forward.

During the liquidation, the Denver store will not be buying any used merchandise.