How to Convince U.S. Supreme Court to Rule Against Masterpiece Cakeshop

supremecourt.gov
The nine U.S. Supreme Court justices who'll hear oral arguments in the Masterpiece Cakeshop case today, December 5.
This morning, Monday, December 5, the U.S. Supreme Court will hear oral arguments in Masterpiece Cakeshop v. Colorado Civil Rights Commission, with the nine jurists charged with considering whether Denver-based Masterpiece Cakeshop owner Jack Phillips discriminated against a gay couple, Charlie Craig and David Mullins, by refusing to make them a wedding cake because their union contradicts his fundamentalist Christian views. Given the current ideological makeup of the court and the ultra-conservative proclivities of the newest justice, Colorado native Neil Gorsuch, many observers expect the court to side with Phillips in a ruling that critics say would give preference to one group of Christians over all others. But an expert thinks there's still a chance the Supremes will reject the Masterpiece claim and suggests arguments that may sway the court's potential swing justices.

Kris McDaniel Miccio, a law professor at the University of Denver, believes a pro-Masterpiece decision would be disastrous, as she made clear in our recent post about the 25th anniversary of Amendment 2, a 1993 proposal about so-called special rights for gays, lesbians and bisexuals that led to the dubbing of Colorado as the "hate state" prior to the measure being deemed unconstitutional in 1996 via a landmark U.S. Supreme Court decision.

McDaniel Miccio was also among the plaintiffs in lawsuits to end Colorado's same-sex marriage ban, and she's a central figure in a complaint filed by the Equal Employment Opportunities Commission against DU for allegedly paying not just one or some of its female full law professors less than the mean average salary of male full profs at the law school, but all of them. 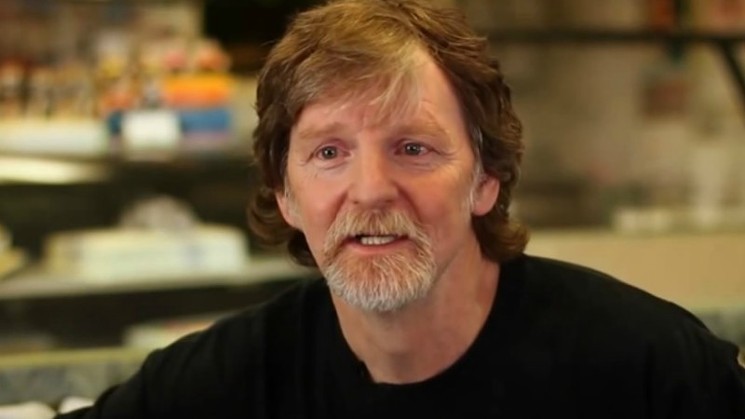 Regarding Kennedy, "the best way to argue this is to make the point that this is an assault not just on the right of a gay couple to marry, but it's also an assault on their families, including their children," McDaniel Miccio maintains. "This is very important to Justice Kennedy — the effect this would have on the integrity of the Constitution and the dignity of the individual."

If Kennedy can be convinced that a Masterpiece win would trigger too many negative repercussions, she continues, "I think Breyer will follow his lead — because what this would do is give rights with one hand and take away rights with the other. It would literally set up second-class citizenship — or, I would argue, third-class citizenship."

Supporters of Masterpiece, including the Alliance Defending Freedom, reject such assertions and insist that they're merely trying to protect Phillips's right to artistic expression. But McDaniel Miccio feels "the artistic-expression idea is ludicrous. You don't want to limit artistic expression, but when you move into commerce" — as with a bakery that sells its goods to the public — "you give up some of the rights to express your opinions through art. Now, I don't consider baking cakes to qualify as art, but even if it is, entering the stream of commerce means you're not allowed to pick and choose who you are going to provide your service to based on who and what your customers are. And I think Breyer would agree with that."

"I hope that he's persuadable, and I think he's educable," she says. "He did shock us with his ruling on Obamacare a few years ago. He is somewhat of a traditionalist and reads into the Constitution what he perceives to be religious liberty. But I'm hoping that when the Masterpiece opponents get up to the podium, they're able to show Roberts that this isn't a good course of action — and that it's actually a slippery slope not only for sexual minorities, but for any group that's a minority in this country."

While race "is protected from accommodation," McDaniel Miccio continues, "it's conceivable that could change. In Loving v. Virginia, which declared interracial marriage unconstitutional, the trial court opined that if God wanted the races to mix, he wouldn't have put them on different continents. And you can use the Bible, both the New Testament and the Torah, for any purpose you want to marginalize and render inferior groups of individuals: women, different religions, people of different status, like slaves. It's really important to understand that the Bible is not the Constitution."

As for Gorsuch, McDaniel Miccio isn't ready to call him a lost cause. 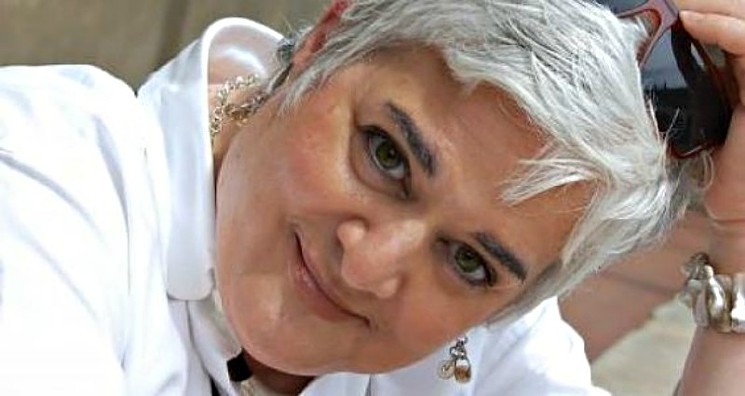 Kris McDaniel Miccio is a law professor at the University of Denver.
File photo
"He's the wild card, because he's the newest member," she allows. "We know he leans in favor of quote-unquote 'religious liberty and religious expression.' But my hope is that the lawyers for the gay couple talk about the fact that there are many different iterations of religious belief. By way of example, would the court support Masterpiece's rights through expression if that was extended to not serving Jews because they believe Jews killed Christ? There are so many different takes on religion that there would be no rule of law we could follow — so a ruling for Masterpiece would be a rule of law for one. And I think that argument could possibly swing over Gorsuch."

If a majority rules in favor of Masterpiece, backers of Craig and Mullins hope the decision is extremely narrow, so that it won't be broadly applicable. However, McDaniel Miccio fears that "if they win on artistic grounds, we're going to see different vendors coming out of the woodwork claiming what they're doing is artistic expression, too — and I'd like to remind everyone that conservative, fundamentalist Christians were the ones who went after Robert Mapplethorpe," a photographer who was criminally charged with obscenity before being acquitted in 1990. "They've been all about limiting expression, so for them to use the artistic-expression argument is so disingenuous as to be shocking to the conscience."