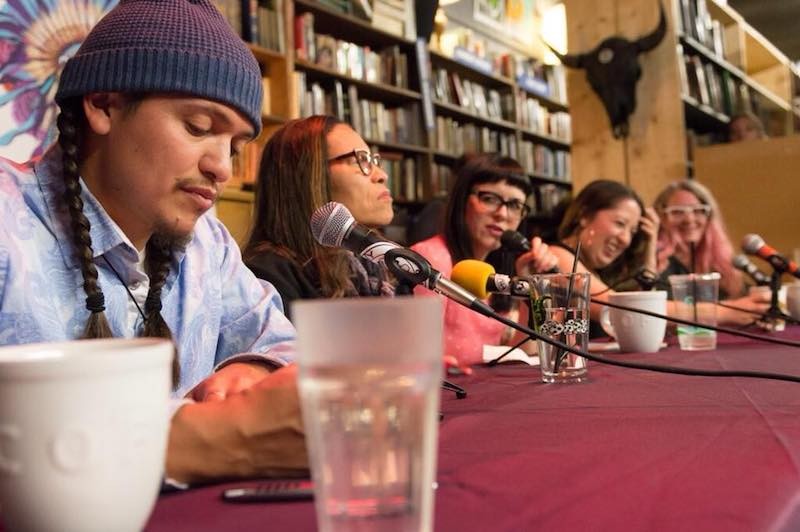 Veronica Lee
The six days between Boxing Day and New Year's Eve tend to be a bit of a lull, typically occupied by sluggish post-holiday travel, a grudging return to work or, for some lucky Denver residents, a few extra idle days to spend with family...or attending a great free event around town. History buffs, comedy nerds and Denver diehards all have plenty to celebrate this week; here are our five favorite options, in chronological order.

5280 Lens Mafia
The History of Tea
Tuesday, December 26, 5 p.m.
Tattered Cover Colfax
While people have been drinking the beverage since at least the fifth century BCE, most don't find knowing the origins of tea necessary for enjoying it. The humble leaves have a fascinating history, however. Establishing trade routes, forming the basis for colonial empires and delighting drinkers all over the world, tea is a precious commodity, and serving it can be an exalted ritual. Join Active Minds for "The History of Tea," and learn all about the cultivation and culture of the ancient drink, perhaps while sipping on a cuppa from the Tattered Cover's Cafe. Visit Active Minds' events page to learn more.

Lindsey Bartlett
Big Gay Jeopardy
Wednesday, December 27, 8 p.m.
Denver Wrangler
A televisual titan that's run in syndication for 34 seasons, Jeopardy has done more to foster public interest in knowledge games than any other program of recent vintage. If the proliferation of trivia nights at local bars is any indication, plenty of quizmasters in Denver are eager to get their Alex Trebek on. Enjoy a trivia night like no other at Denver Wrangler's Big Gay Jeopardy, a fun-filled, brain-to-brain matchup wherein contestants compete for free bar tabs and the sweet taste of victory. Guests can also enjoy drink specials and half-price chicken wings. Visit the Denver Wrangler's Facebook events page for more information.