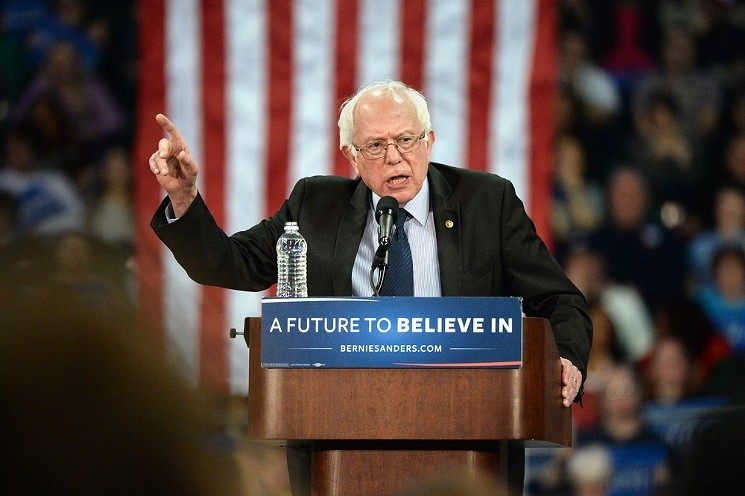 Gino Santa Maria/shutterstock.com
Is Denver still feeling the Bern? Our man on politics, Chris Bianchi, argues that the Mile High is, in fact, still infatuated with the one-time presidential candidate. What's less clear is what all the Bernie bumperstickers and posters still stuck on cars and walls around Denver mean, eighteen months after Hillary Clinton accepted the Democratic nomination. Readers have some ideas. Says Chr:


Even if you think his politics were extreme, he’s been the first person to run for the people in a while, so that alone speaks volumes against anything else those other clowns are doing. A real Bernie supporter, I would imagine, will always be a Bernie supporter.


This is why Trump won. And will probably win again. #MAGA

Bernie was just another puppet. He said himself he has no interest in running on an Independent ticket but only wants to bring younger people into the Democratic Party .


My ears are "Berning" because of his bull crap.


Would you vote for Bernie, or a Bernie-like candidate, in 2020? Share your thoughts in a comment, or email [email protected]