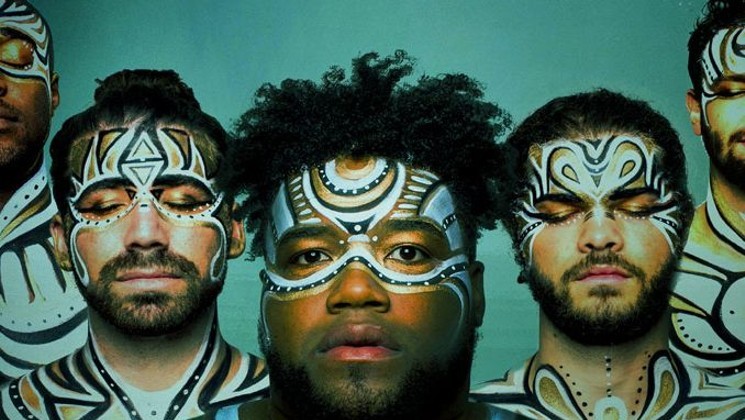 Courtesy of artist.
The Main Squeeze
It took less than eight years for rock and soul band the Main Squeeze to transition from college-town cover band to genuine contenders. The band is about to play Red Rocks for the second time. To get there, these musicians have busted their asses.

The band formed in Bloomington, Indiana, in 2010, with the aim of simply having fun. Keyboardist Ben “Smiley” Silverstein said the group — completed by singer Corey Frye, guitarist Max Newman, bassist Rob Walker, and drummer Reuben Gingrich — had no idea it would be able to forge a career out of music at that point.

“We all met each other in various ways in the college town, and had been playing different cover music in other bands within either the music school or around the bar scene,” Silverstein says. “We all wanted to join forces and play our own music. Once we found each other, we just started writing our own music and didn’t really have much of a grand plan other than just having fun, exploring, and seeing where it took us. It took us here, which is great.”

Smiley describes the Main Squeeze's sound as rock and roll with little hints of funk and soul, which is accurate but doesn’t do justice to the raw passion and exuberance on display. The band has soaked in a variety of influences, from Jimi Hendrix and Led Zeppelin to Michael Jackson and James Brown, and that eclecticism is perhaps reflected in the men’s nomadic tendencies.

“We were in Bloomington for three years, then we were in Chicago for about two and a half years,” Silverstein says. “Once we got our feet wet in the industry, there was a chance to spread around the country and even the world. ... We had faith that we could take this a step further, and you can’t really do that in a college town, because it keeps cycling over with new students that come and go. We wanted more of a stable, bigger city, and Chicago was the biggest city that was in the Midwest.”

After milking as much exposure and learning as much as they possibly could from the Windy City, the Main Squeeze moved to Los Angeles, following an encounter with one Randy Jackson.

“We had a little bit of an experience in L.A. recording with Randy Jackson, and we got to see what the L.A. music scene is like, not to mention the beautiful weather,” Silverstein says. “Our old manager had known Randy and showed him a couple of songs, and he was interested, so he actually flew out to see us play in Bloomington. It was pretty surreal to have this guy, who is such a famous celebrity and personality, come to a small college town and sit in this grungy bar to watch us play, but he was blown away. We gained a lot of insight and powerful knowledge from him. I don’t regret it, but it wasn’t the right fit at the end of the day.”


Right fit or not, the guys had a rare experience with Jackson. They had another when they were invited to a band competition in China and won the damned thing.

“We were very well received, as a young band,” Silverstein says. “That was surreal — seeing them respond so positively to our music. It was an experience we’ll never forget.”

Of course, not all of their concerts have been classics: They had an ill-advised show scheduled in Saint Louis the night the Cardinals were playing a World Series game.

“The Cardinals don’t really get into the World Series too often, so the whole city was really just into that,” Silverstein says. “There was literally nobody at the show. Even the sound guy left at one point. We were literally on stage playing for no one, including the sound guy. It was a rehearsal I guess, looking back on it, but it was pretty humiliating.”

On the flip side, the Main Squeeze made its Red Rocks debut last year, opening for Umphrey’s McGee, and they’re back this year on a bill with the String Cheese Incident.

“It was incredible [last year],” Silverstein says. “It was an early set because we played first of three, but just to be on that stage and to have all our family and friends come out to support such a milestone show was incredible. It just made us more excited to keep plugging away to get back there, and now we are.”

It helps that Colorado’s music fans have made the Main Squeeze feel welcome since its first tour. This is, says Smiley, his favorite state to perform in.

“It’s such a receptive music scene,” he says. “Everyone is just open to check out new music. They’re party animals, but also fanatical music listeners. We’re just happy to keep going back there to see bigger crowds and new, beautiful mountain towns.”

Before the summer’s Red Rocks gig, the Main Squeeze plays the Bluebird on Friday. Smiley says that we can expect some new stuff that the band has been working on as the guys prepare to go back to the studio to record a new album later this year.

“We’ve been working on new songs in L.A., and we’re going to bring it out there,” he says. “At least three or four songs that we’ve never performed live before. So people can look forward to some debuts, and potentially some sit-ins as well with some Denver artists.”