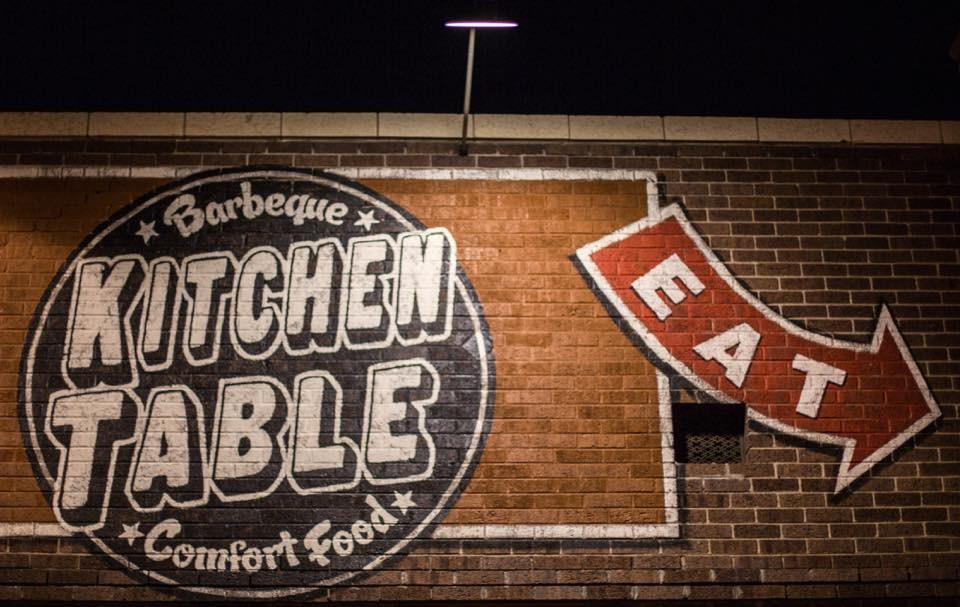 Facebook/Kitchen Table
Two Denver restaurants are expanding in different direction to accommodate customer demand and show off some kitchen favorites. The Kitchen Table is adding lunch hours, while Stowaway Kitchen is taking on dinner three nights a week.

The Kitchen Table has been a favorite since 2013 for Midwesterners and others seeking good comfort food and barbecue. Last fall, owner Dave Kilroy moved his eatery from its original home at 1426 East 22nd Avenue to new digs inside Goosetown Tavern, at 3242 East Colfax Avenue. Fans had known the original incarnation primarily as a lunch destination — not because Kilroy was unwilling to serve dinner, but because he usually ran out of food by midday.

After the move, the Kitchen Table switched to dinner hours to take advantage of the Bluebird District's demographic. But lunch-goers still needed their fix of homestyle cooking, so starting today, the restaurant will be open beginning at 11 a.m. Tuesday through Sunday. There will be daily lunch specials, including Kilroy's popular sloppy Joes, which are expected to go quickly today (so get there early).

Stowaway is expanding in a different direction. Owners Amy Cohen and Hayden Barnie opened the sunny RiNo eatery in December 2015 as a breakfast and lunch joint with a focus on coffee and light international fare influenced by the couple's travels in Japan, Australia and the Mediterranean. While you can still stop in every day but Tuesday for warming porridges, filling breakfast sandwiches and unique bites loaded with exotic ingredients, Cohen now has a chance to show off more of her cooking chops with a new "supper club" on Thursday, Friday and Saturday from 5 to 10 p.m.

The menu is compact, with a few small plates like smoked potatoes, bone-marrow brûlée, and a mezze platter loaded with baba ganoush, hummus, olives and other Middle Eastern appetizers, and bigger plates from Persian rice to fish tajine to lamb with black lentils. Small plates start at $8, while entrees run from $12 to $21. There's also a selection of cocktails, wine and beer to help turn the breezy daytime cafe into a more sophisticated dinner option.