The Stars Aligned for the Sale of the Mercury Cafe 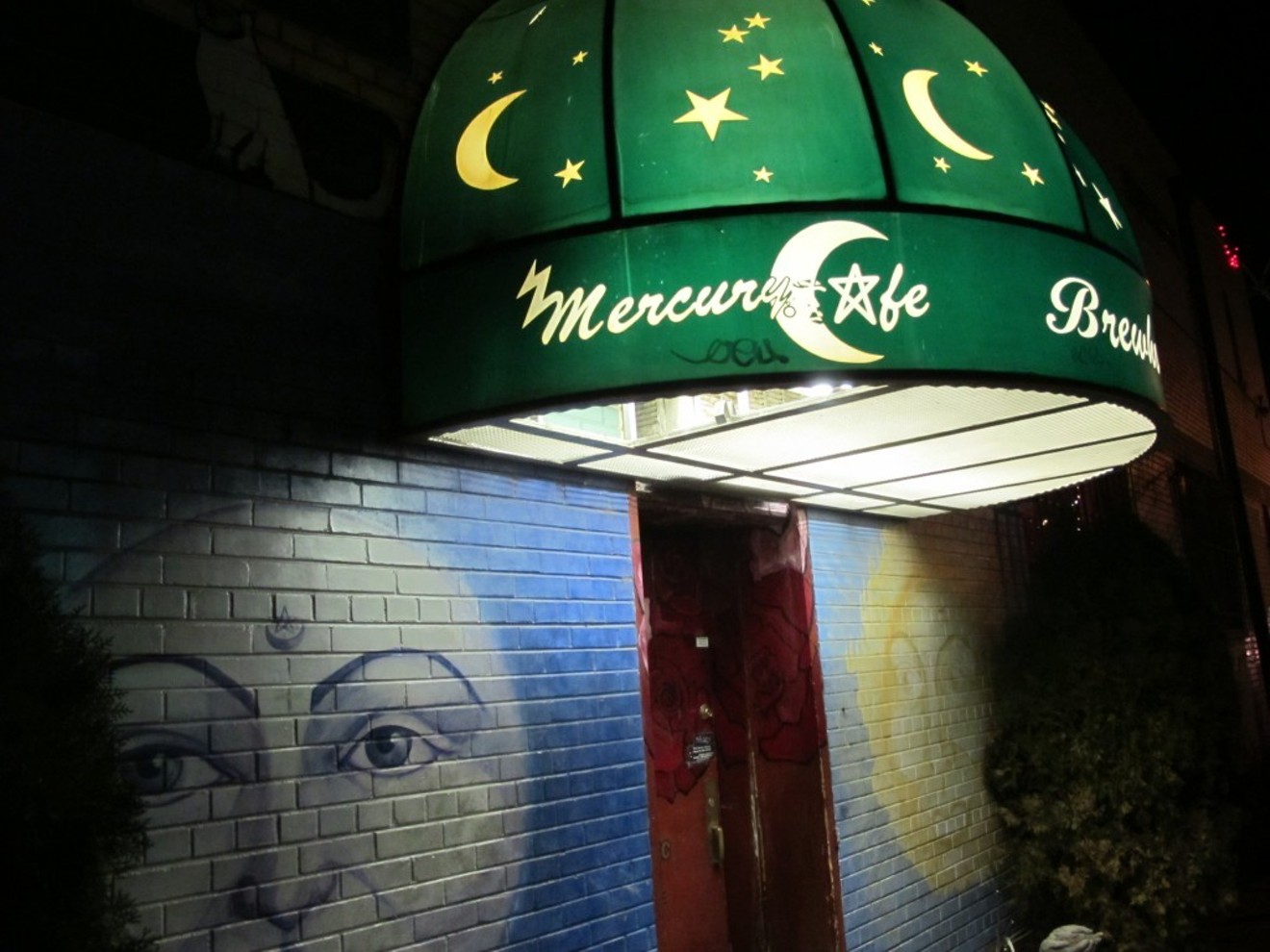 Westword
The stars aligned at 5:15 a.m. on June 22, when Marilyn Megenity sat down with brokers, representatives of the title company and the partners buying her place: the legendary Mercury Cafe at 2199 California Street. "The stars were great," she says of the time she chose for the closing, and so was the deal.

She sold the building she'd bought in 1990 at 2199 California Street for $157,000 for $2.07 million. But more important, she sold the business to successors who will continue allowing the Mercury to rise, and that made this much more than a real estate transaction.

Megenity has seen tough times before, but last year was off the charts — astrological or otherwise. A crowdfunding campaign helped bring in cash, and musicians held their own fundraisers, but Megenity knew she needed to do more if she wanted the Mercury to survive.

And finally, following a suggestion that came through members of itchy-O, Denver's avant-garde performance group, she connected with the right people: Danny Newman and his partner, Austin Gayer. Newman, an entrepreneur, had bought My Brothers Bar in 2017 with his family (his mother had worked there for thirty years) and the promise to keep the place going much as it had for almost fifty years. Now he, wife Christy Kruzick and Gayer plan to do the same with the Mercury.

And Megenity will be there cheering them on. "I'm going to be fairly involved in the beginning, but I'm seventy, and I want to be helpful a little bit...forever," she says. "I want to just come down and dance and have dinner."

Megenity opened her first place in Indian Hills in 1975, then moved through a variety of different locations in and around Denver, with the name and concept morphing along the way. Good, healthy food was always a priority, and so was serving as a community gathering place. I first encountered Megenity when she was running  Elrond's on East 13th Avenue; it was the ideal spot for breakfast after a newspaper all-nighter. I didn't miss a location after that. 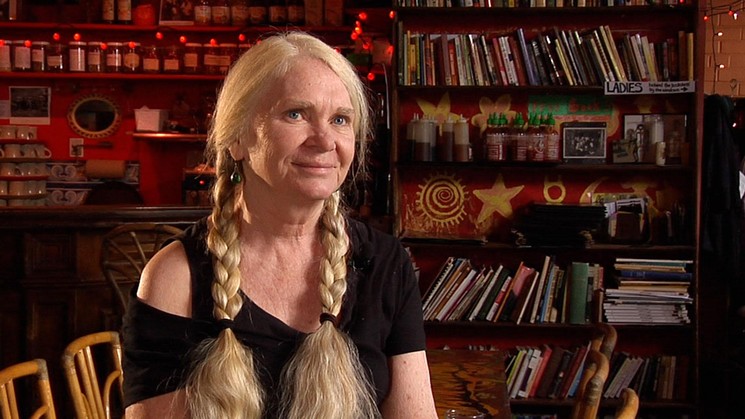 Marilyn Megenity was profiled by PBS12 as a "Colorado Original." And she is.
Colorado PBS
Landlord trouble ultimately persuaded Megenity that she needed to take control of her destiny and buy a building. And when she found a spot on the edge of downtown just over three decades ago, the Merc finally emerged as the center of a very special universe. This is where people went for events big and small — an intimate dinner made entirely of local ingredients, tarot readings, a little concert, a big concert, dance lessons, political actions, birthday parties and memorial services. The late Alan Dumas — radio talk-show host, DJ, author and larger-than-life personality — was married here, and as maid of honor, I got to lead a group of 24 tie-dyed bridesmaids.

It was just another night at the Mercury, and now there will be many, many more.

Megenity was into sustainability long before it was cool — she had her car retrofitted to run off kitchen grease — and she came up with a plan that will sustain the Mercury long into the future.

"I think the future is really bright for the Mercury," Megenity says. "I think having some young, enthusiastic energy excited about taking care of the Mercury can only mean the Mercury is going to flourish."

And she'll be cheering them on. "I'm going to have a really good week this week," she says. "No days off this week. I'll work until they and I are comfortable...and then I'll just be a customer.

"I've done what I loved my whole life," she concludes, "and I don't think everybody gets to do that." 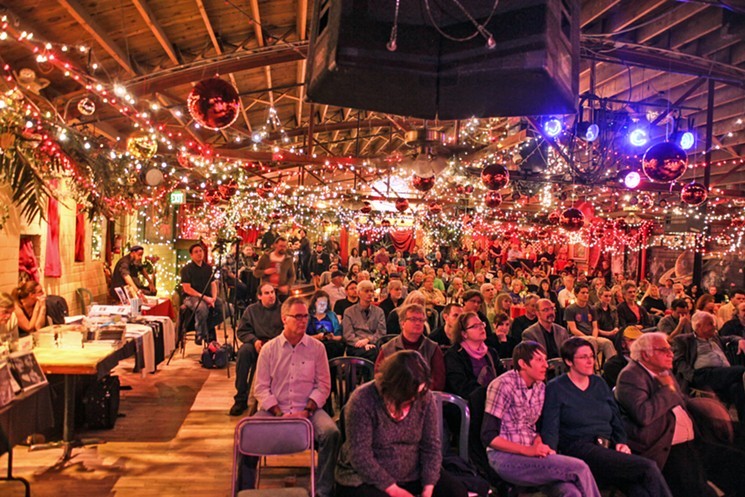 Just another night at the Merc.
Brandon Marshall
KEEP WESTWORD FREE... Since we started Westword, it has been defined as the free, independent voice of Denver, and we'd like to keep it that way. With local media under siege, it's more important than ever for us to rally support behind funding our local journalism. You can help by participating in our "I Support" program, allowing us to keep offering readers access to our incisive coverage of local news, food and culture with no paywalls.
Make a one-time donation today for as little as $1.