A Half-Century Later, Night of the Living Dead Still Shocks 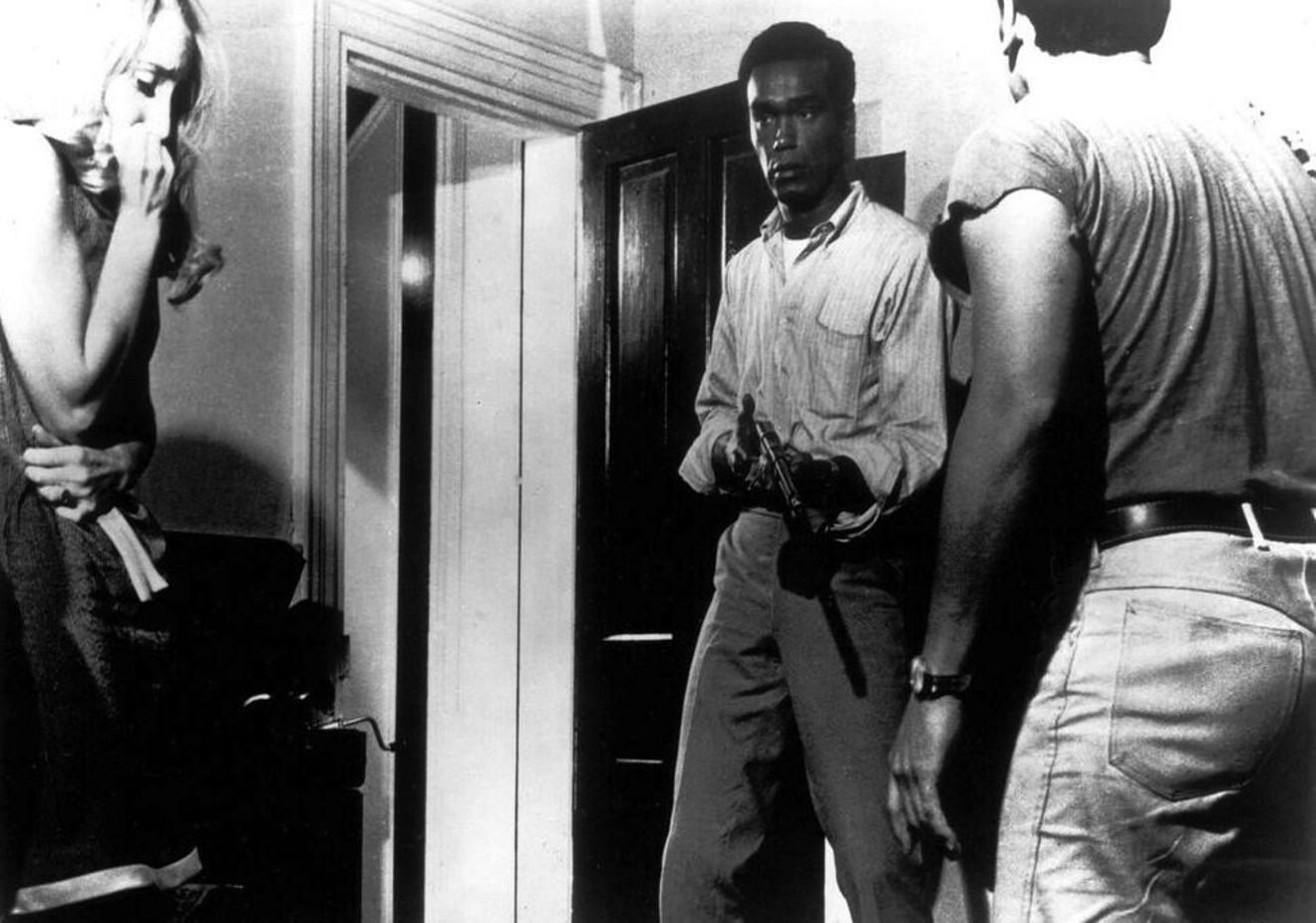 Duane Jones (center) plays Ben and Judith O’Dea (left) is Barbra in Night of the Living Dead. Released in 1968, George Romero's shocker was much more than a low-budget horror movie — because it all seemed just a little too real. Courtesy Film Forum through Photofest
Fifty years ago, in 1967, Cool Hand Luke, The Graduate, Bonnie and Clyde, In the Heat of the Night and The Dirty Dozen rocked American cinemas. And somewhere in a field outside Pittsburgh, George Romero and John Russo were shooting on black-and-white 16mm film a low-budget movie that would found and define an entire horror subgenre. While those of-the-moment studio films were polished, Night of the Living Dead, released in 1968, seemed amateur on the surface — the frames were noisy with film grain, the sound always corrupted a hint of static. But the immediate, quasi-documentary feel, a result of budgetary constraints, actually served the film’s horror, jolting audiences because it all seemed just a little too real. (It will look more real than ever in Janus Films’ new 4K restoration.)

Roger Ebert wrote an editorial for Reader’s Digest that slammed the film’s violence, which included little girls killing their mothers with a trowel and the undead gnawing on the charred flesh of characters the audience had come to like. This was not a gleefully ghoulish Vincent Price vehicle, where an air of silliness could ease an audience’s anxieties. The film was brutal like few horror hits had been before, and Romero, the director, had no interest in offering the comforts familiar to the genre. He hadn’t even set out to make a horror film. He and Russo, who co-wrote, had to abandon their script about space-roving teenagers who bop down to Earth and pull pranks on some townies because of budget issues. Horror, well — that was cheaper and could make money.

In the film, Duane Jones plays Ben, the lead and putative hero. Ben is wise and calm, and as he recounts to a catatonic stranger named Barbra (Judith O’Dea) a horrifying encounter with the zombies (called “ghouls” in the film), we come to understand that he’s seen some shit and is not easily shaken. He’s immediately at odds with other survivors in the farmhouse where they hole up inside for the night, like loudmouth Harry (Karl Hardman) and his hesitant wife Helen (Marilyn Eastman). And though Ben seems to know best, he’s adrift with this inharmonious crew. That Jones was African-American didn’t matter at all to Romero and Russo — they merely wanted the best actor who could afford to work essentially for free for 20 days in exchange for back-end points on the film. But Jones knew from the beginning how his blackness would be read by audiences, and his situation of trying to convince the people on set that he knew better how things should be done often mirrored his character’s struggles onscreen.

Jones was wary of the scene where Ben must punch a white woman. He was uneasy about Ben having to challenge an alpha white man like Harry. He was annoyed by his character’s low-intellect dialogue — the script hadn’t changed from when the character was supposed to be white — and helped to rewrite some of his lines to match his own theater-learned proper diction. Whether Romero had intended this, the film became very much about race, especially since Sidney Poitier had starred alongside a predominantly white cast in Guess Who’s Coming to Dinner that same year, priming audiences for this sort of social commentary. Colorblind casting simply wasn’t done back in 1967, except for Night of the Living Dead.

Jones would become an enigmatic and mysterious figure after the film premiered, dodging interviews as much as possible. He went on to found a theater in New York City and teach at universities there, but had mostly been silent about that time in his life. He told Tim Ferrante in his last interview, “The questions take on a remarkable predictability of what people want to talk about.”

In that same interview, he recounts eating at a restaurant with a few of his students who noticed that he had been glancing up at a TV playing the film. At first, the students didn’t even recognize him on the screen.When one at last did, and mentioned it, the other two argued that the first student must be wrong, while Jones sat there letting them decide for themselves. As Jones tells the story, he stayed silent out of his disinterest in their discussion. But in a sense there may have been no real right or wrong answer Jones could have given; that was him on the screen, but also wasn’t. He said it was a different life, a role that could have easily pigeonholed him, and he was insulted by the Los Angeles and New York critics’ assumption that everyone involved in the film was an amateur because they came from Pittsburgh. Jones had been acting in New York for years, and the production team had been making commercials and industrial films for a long time as well.

When he did speak about Night of the Living Dead, he defended its merits, especially what he saw as the most overlooked aspect: the editing. And Jones is right. Because Romero, Russo, Eastman and Hardman were reared in what we might call short-form content, they knew how to condense a story to its most necessary parts — we have a cemetery and a girl, and something is chasing her.

Barbra’s hysterical monologue about losing her brother Johnny to the ghouls is delivered while we’re watching Ben rip a table apart and demonstrate that the undead don’t like fires. By overlapping these elements, Romero created a suspenseful cognitive dissonance but also advanced the story in as little time as necessary. Take the scene where Harry collapses next to his daughter’s body. Audiences today may take for granted the tension that Romero builds by not lingering on the moment — where we suspect the daughter will return and devour her father — and cutting instead back to Ben upstairs. Romero’s decision not to show how the arm was ripped off probably stemmed from a confluence of budgetary and censorship concerns, but the final effect is a chilling revelation for Helen, as the child emerges from the shadows, wielding dad’s arm like a roasted turkey leg. These scenes are precisely constructed, which is why the surprising uncertainty in the film’s final scene registers today as still shocking.

Ben has heard the gunshots and the people, and he’s made his way upstairs to see if it’s safe. Outside the house, the white men of a posse casually chat about some burned-up bodies. They hear something inside, and one of them raises a rifle to his shoulder. Then we see Ben approaching the window. Ben has fought to survive all night. Surely, they won’t kill him. But the white man shoots, and the posse leader confirms, “Right between the eyes.” Ben is dead. Romero doesn’t protract the moment beforehand like so many directors would, cutting back and forth between close-ups of Ben and the shooter’s eyes to register the dread or thicken the tension. Ben’s dead before any of that. It was a careless, casual death, and had Jones not been a black actor, that scene may have been less upsetting. Martin Luther King was assassinated while the filmmakers were seeking distribution, and the posse leader’s last lines are ambiguous, confusing the issue of whether they believed the black man was a zombie when they killed him. If they could see his eyes, they could see both his skin color and that he was aiming a gun.

There was no happy ending. There was no building tension. There was just the quick, brutal and senseless murder of a black man, and that’s what audiences remember. Up until 1968, horror had been escapist. But Night of the Living Dead made horror serious business.