Marijuana Lounges, Hospitality Businesses Will Have to Wait in Aurora

Marijuana hospitality is legal in Colorado, but local governments must opt in before lounges and tasting rooms are licensed. Jacqueline Collins
click to enlarge 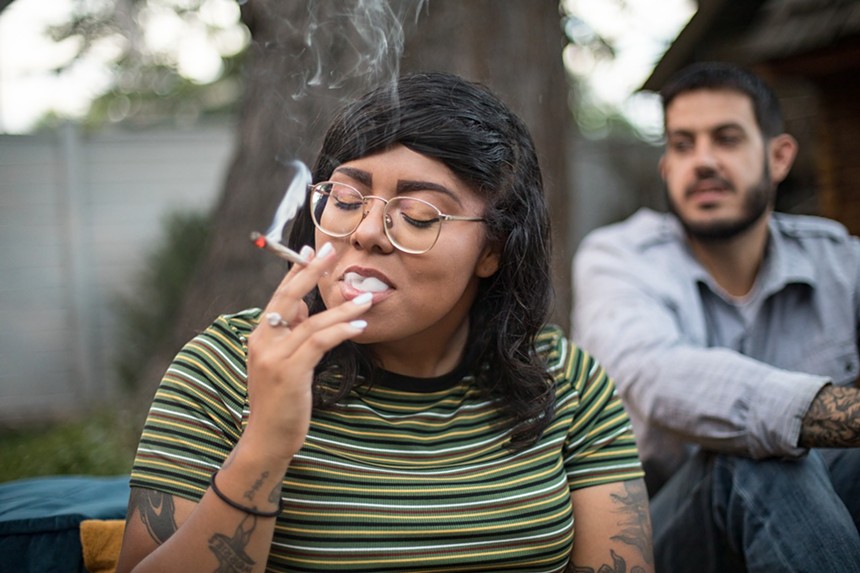 Marijuana hospitality is legal in Colorado, but local governments must opt in before lounges and tasting rooms are licensed.
Jacqueline Collins
Would-be proprietors of marijuana lounges, tasting rooms and tour buses will have to wait now that the Aurora City Council has rejected ordinances that would have created a licensing system for pot hospitality businesses. However, one councilmember intends to bring a similar proposal back after the November election.

Ordinances proposing that Aurora opt into a state program allowing marijuana hospitality passed study sessions and first readings, but failed to pass after a surprise tie during the second hearings on September 13, with Mayor Mike Coffman's "no" votes splitting the counts at 5-5. Because the ties happened during the second votes, each measure received one more chance at the next official council meeting, September 27.

The first measure, an ordinance creating a marijuana hospitality licensing system in Aurora, would have allowed dispensaries, party buses, art studios, cafes and other qualified businesses to apply for social pot consumption licenses. The consumption areas, including those in mobile lounges, had to be private, enclosed and ventilated, with no active liquor licenses and no people under 21 allowed. Under the ordinance, half of all marijuana hospitality licenses would be reserved for social equity applicants — business owners from communities impacted by the War on Drugs — for the first five years.

That measure failed 4-5 in its final vote, as did a related ordinance that would have changed local zoning definitions to allow pot hospitality businesses if they're ever approved.


Pot hospitality in Aurora seemed to be on a road toward approval in August after successful hearings earlier in the summer. Even councilmembers who opposed the ordinances said they thought they would pass, and a local pot cultivation shared plans to build out a winery-like tasting room for marijuana users. However, the issue hit a snag during the September 13 meeting when Councilwoman Marsha Berzins voted against the proposal, despite having approved the ordinance in previous meetings. Berzins hasn't explained why she changed her vote, but she's on record as opposing loosening local marijuana regulations.

Another councilmember switched sides during the September 27 meeting but was vocal about why. Councilman Juan Marcano, a supporter of allowing marijuana hospitality in Aurora, voted no on both ordinances because he saw that they were headed for another split vote. A tie would have forced the proposals to be shelved for another six months. 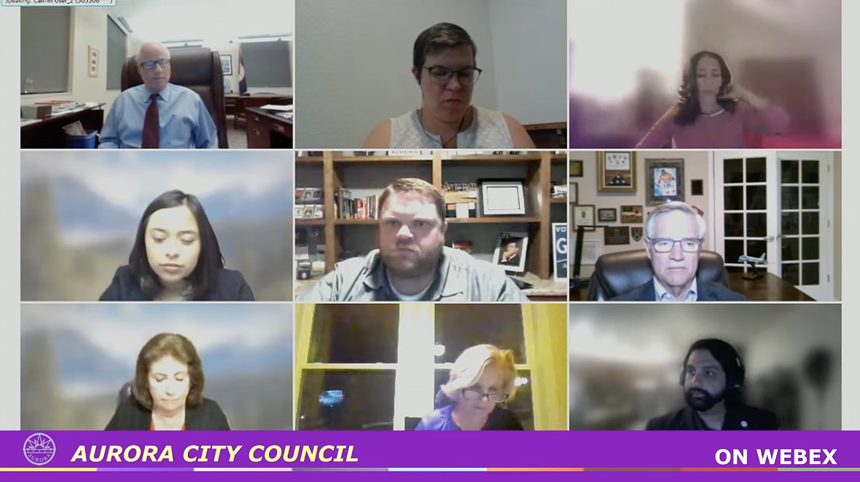 "Talk about voting against your morals. This is exactly that," Gruber said during the council meeting. "What this is is a ploy to move this into another council. Yes, we have delayed votes in the past...but we've never delayed votes to where the people on council now will not be able to vote when it comes up again. "

Marcano, who views marijuana as a social equity issue, wasn't shy about his intentions, and said that he could bring marijuana hospitality back in front of the council as early as this December

"I did, in fact, use parliamentary procedure for the intent to advance equity in our city, and I do fully intend to bring this back," he noted.

Aurora would have joined Adams County, Black Hawk, Central City, Colorado Springs, Dillon, Denver and Glendale as municipalities allowing social pot consumption. Only Colorado Springs and Denver have licensed marijuana hospitality businesses operating, however, with one in each city. Denver recently opted into a new social consumption system similar to the package Aurora considered, but won't start accepting applications until November.
KEEP WESTWORD FREE... Since we started Westword, it has been defined as the free, independent voice of Denver, and we'd like to keep it that way. With local media under siege, it's more important than ever for us to rally support behind funding our local journalism. You can help by participating in our "I Support" program, allowing us to keep offering readers access to our incisive coverage of local news, food and culture with no paywalls.
Make a one-time donation today for as little as $1.