The Ten Biggest Cannabis Stories of 2022 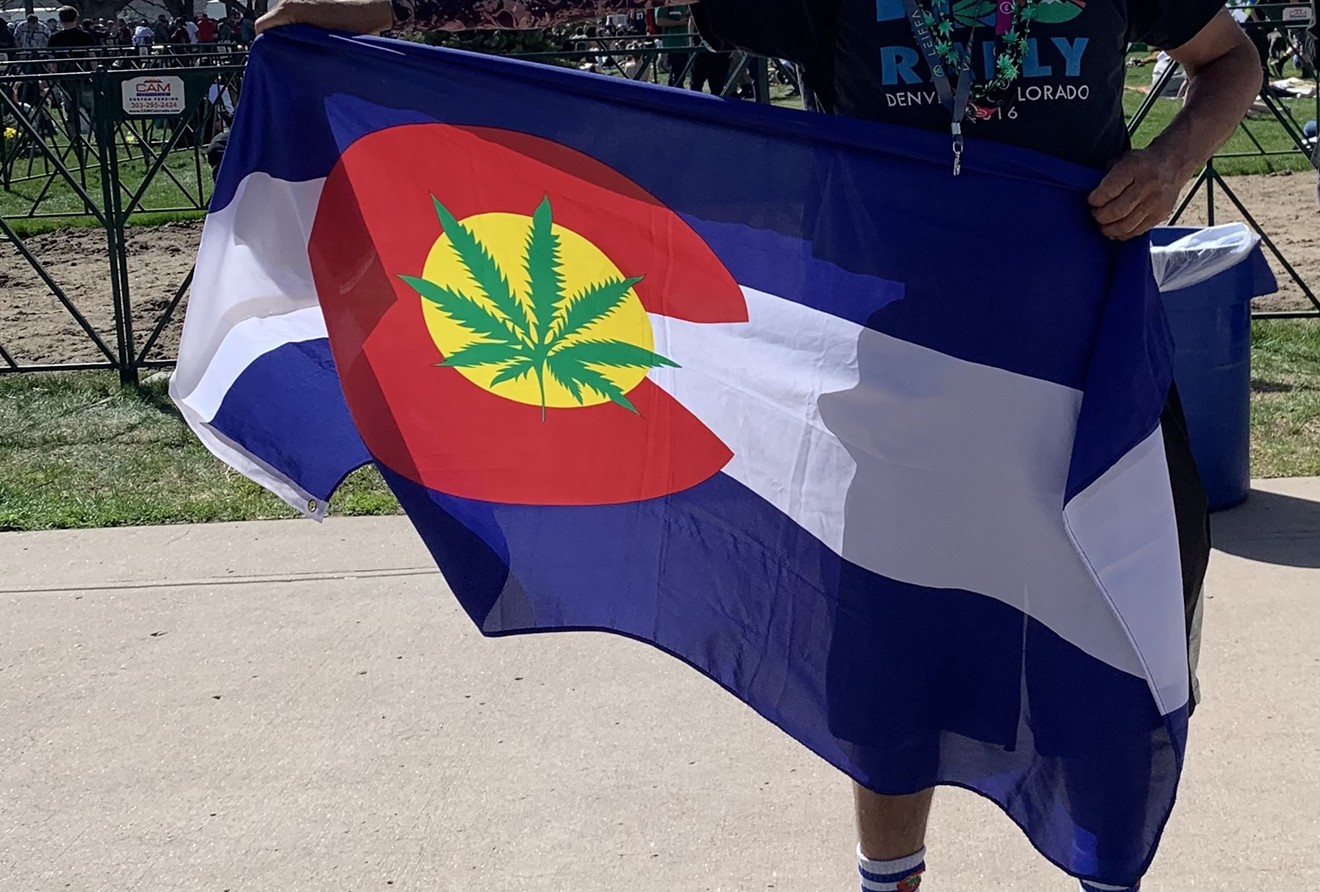 Colorado voters approved recreational marijuana ten years ago, and the plant still finds a way into elections. Thomas Mitchell
While Colorado was the first state to sell legal recreational cannabis, it's far from alone today; twenty states and Washington, D.C., have legalized recreational marijuana over the past decade. Yet this state's pot industry continues to grab attention, whether by knocking out Mike Tyson's ear-shaped edibles or trying to change the name of a small town to Kush.

Here are the ten biggest cannabis stories of 2022:

Legalized Pot's Tenth Anniversary
November 6, 2022, marked ten years since Colorado voters officially legalized recreational cannabis sales by approving Amendment 64, yet our state's relationship with the plant seems to have grown in dog years, going from a Wild West of unregulated weed sales in 2013 to clearing $2.2 billion in taxable revenue in 2021. Although other states have joined the party, Colorado remains a guinea pig for the rest of the country to learn from. Some of that learning takes time: Mayor Michael Hancock and former governor John Hickenlooper, who both initially opposed cannabis legalization, have since come around.  Hickenlooper, now a United States senator, has sponsored a bill that would create a federal framework similar to that of Colorado's if national legalization comes, and is now pursuing federal funding to research how cannabis intoxication impacts driving. Hancock, currently the chair of a cannabis caucus for the U.S. Conference of Mayors, has moved to clear old cannabis possession convictions in Denver. "I'm a convert today. I was wrong ten years ago. We can do this right, and we can do this responsibly," Hancock said at an anniversary celebration this fall.

Dispensary Sales Plummet
After recreational sales started in 2014, Colorado's commercial cannabis industry didn't experience a dry spell until 2021, when both wholesale prices and dispensary sales started dropping after a record-breaking year in 2020. That drop was slight, though, and somewhat expected after the COVID-19 pandemic. But as the end of 2022 nears, that dry spell is bordering on full-on drought, with the average price per pound of flower falling nearly 62 percent since last year and annual dispensary sales estimated to drop about 20 percent from 2021. Everything from stimulus checks to a weed surplus to new states allowing cannabis sales have been blamed for the decline, but a solution has yet to surface. According to economic forecasts from the governor's office, better days aren't likely to come until 2024.

Layoffs and Takeovers
The cannabis industry's dwindling profits have trickled down, leaving workers and independent operators vulnerable to layoffs and business closures. That hasn't stopped new dispensaries from opening in their places, though. The amount of money spent on cannabis business mergers and acquisitions also increased in 2022, crossing $600 million by the fall, with several announced acquisitions yet to close. The Clinic, the Colfax Pot Shop, Drift, Emerald Fields, Euflora, Green Man Fine Cannabis, Green Tree Medicinals, LivWell Enlightened Health, Lightshade, Smokin Gun Apothecary and Urban Dispensary were just some of the Denver-area dispensaries to close or change hands this year, and other deals involved cannabis growing operations, extractors or infused-product manufacturers.

Surprise Business Closures
The closures of longstanding cannabis businesses have been sad surprises this year, but the way two dispensary chains went down was especially startling. In June, Denver dispensary chain Buddy Boy told employees it was closing all seven stores with less than a week's notice because of lagging sales. However, all Buddy Boy dispensaries were actually closed before the company's planned shutdown by the Denver Department of Finance over approximately $500,000 in unpaid local sales taxes. Less than two months later, TweedLeaf, a dispensary chain with seven stores across the state, closed all of its doors for six figures in unpaid state sales taxes, as well. Owners of both businesses blamed a decline in cannabis prices and dispensary sales for their predicament. 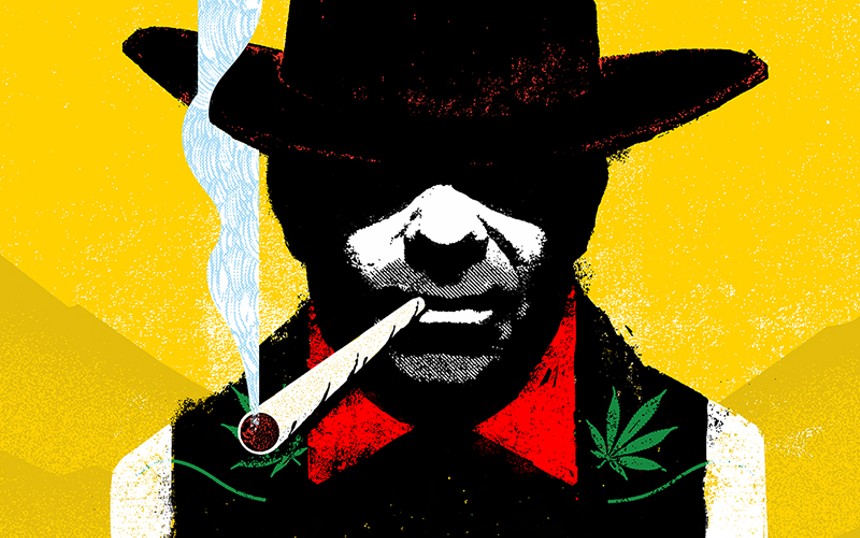 Jay Vollmar
Welcome to Kush, Colorado?
Colorado loves its Rocky Mountain High cannabis puns, but one small town took that to a new level this year. Moffat, a San Luis Valley town with a population in the hundreds, is considering changing its name to Kush, after a region in Central Asia known for producing popular cannabis varieties. Kush's arid and high-altitude climate produces cannabis similar to that of the San Luis Valley, according to the owners of Area 420, a complex of converted railroad cars and cannabis production facilities in Moffat. Area 420's owners believe that Moffat, named after railroad industrialist David Moffat, who was prominent over 100 years ago, could use a rebrand, and Kush is the way to go. The town is so serious about the idea that it garnered the mayor's support and then started gathering signatures to petition the town council for the name change, which locals expect to come up in 2023. The push isn't without opposition from longtime residents, though, who don't believe newcomers should be so quick to pursue a new identity that will affect everyone else.

Colorado Springs Rejects Recreational Sales
The cannabis industry thought it would soon have a new outlet in Colorado Springs, where medical marijuana sales are allowed but recreational sales are not. Various cannabis businesses poured over $1 million into a ballot campaign aimed at allowing medical marijuana dispensaries to offer recreational sales; before the November 8 vote, leaders of the measure's prime sponsor, Your Choice Colorado Springs, said they were confident in the outcome, pointing to local voter approval of statewide recreational cannabis legalization in 2012. An opposing campaign gained traction in the weeks leading up to the election, however, and the recreational sales measure lost by a 9 percent margin. So for now, the Springs's 100-plus medical dispensaries will remain closed to the recreational crowd, but it's almost inevitable that Colorado's cannabis industry will make another push in the state's second-largest city.

Colorado Gut-Punches Mike Tyson's Edibles
Mike Tyson's ear-shaped weed gummies, Mike Bites, are perhaps the most popular of all of the former heavyweight champion's cannabis ventures, but they can't  be sold in their famous form in Colorado, thanks to state pot laws. An homage to Tyson biting flesh off of Evander Holyfield's ear during a 1997 title bout, Mike Bites would violate a 2016 state law prohibiting cannabis edibles from being shaped like humans, animals, fruit or other objects that could attract children. Because of that law, Mike Bites have to be manufactured in the shape of a "T" in Colorado, according to the company making the gummies, Tyson 2.0. It wasn't a total knockout, though: Tyson 2.0 has since created Mike Bites in Delta-8 THC versions made with hemp extract to sell online, and has even partnered with Holyfield to give him a chunk of the profits.

Denver's Almost Tax Increase
Denver voters were all set to vote on another proposed tax increase on recreational pot sales in 2022, but the measure was suddenly pulled months before the November election. Labeled My Spark Denver and pushed by Gary Community Ventures, the initiative proposed raising local recreational cannabis sales taxes from 26.42 to 30.92 percent in order to fund stipends for Denver families who would otherwise pay for out-of-school learning. Colorado voters had rejected a Gary-backed proposal similar to My Spark Denver in 2021; even so, enough signatures were submitted to make the 2022 Denver ballot, and the Gary foundation spent nearly $300,000 on the campaign. But in September, My Spark proponents announced that the measure had been pulled and that they had partnered with the City of Denver to create a pilot program to provide free after-school and summer learning resources for more than 4,000 students. Details about the pilot program have yet to be announced; in the meantime, Gary's CEO at the time of both cannabis tax initiatives, former state senator Mike Johnston, has since stepped down and announced that he is running for mayor of Denver in 2023.

Workers' Rights
Despite several attempts at the legislature since the state's voters legalized recreational cannabis, Colorado still doesn't protect a worker's right to consume pot off the clock, leaving many users at risk of losing their jobs. Yet another bill that would've given medical and recreational users that protection failed in 2022, but workers did get a small boost from Governor Jared Polis, who issued an executive order in July
ordering state agencies regulating professional licenses to protect a person's right to legal cannabis activities. Although the order doesn't stop an employer from firing workers who test positive for cannabis, it will protect Colorado workers participating in legal cannabis activities from professional sanctions or license revocation.

Colorado Legalizes Psychedelics
Denver's status as a trailblazer for cannabis helped set up another first in alternative medicine and drug-policy reform: psychedelics. In 2019, Denver became the first city in the country to decriminalize consumption, possession and growth of psilocybin mushrooms. And in 2022, the state took it a step further by approving Proposition 122, legalizing psilocybin. The measure calls for creating licensed “healing centers” for therapeutic psychedelic sessions and sealing certain prior convictions by 2024. And by 2026, state regulators will be evaluating DMT, ibogaine and mescaline legalization, as well.

Although the legal framework hasn't yet been constructed, healers, sharks and everyone in between are flocking to Colorado. Underground healing centers and psilocybin edibles are popping up much like medical marijuana centers did nearly fifteen years ago, major psychedelic industry events have announced Denver stops in 2023, and many of the same lawyers, lobbyists and entrepreneurs who made money off cannabis are all suddenly interested in psychedelics. The long, strange trip has just started, but we're already intrigued.
KEEP WESTWORD FREE... Since we started Westword, it has been defined as the free, independent voice of Denver, and we'd like to keep it that way. With local media under siege, it's more important than ever for us to rally support behind funding our local journalism. You can help by participating in our "I Support" program, allowing us to keep offering readers access to our incisive coverage of local news, food and culture with no paywalls.
Make a one-time donation today for as little as $1.