How to Become a Cannabis Advocate 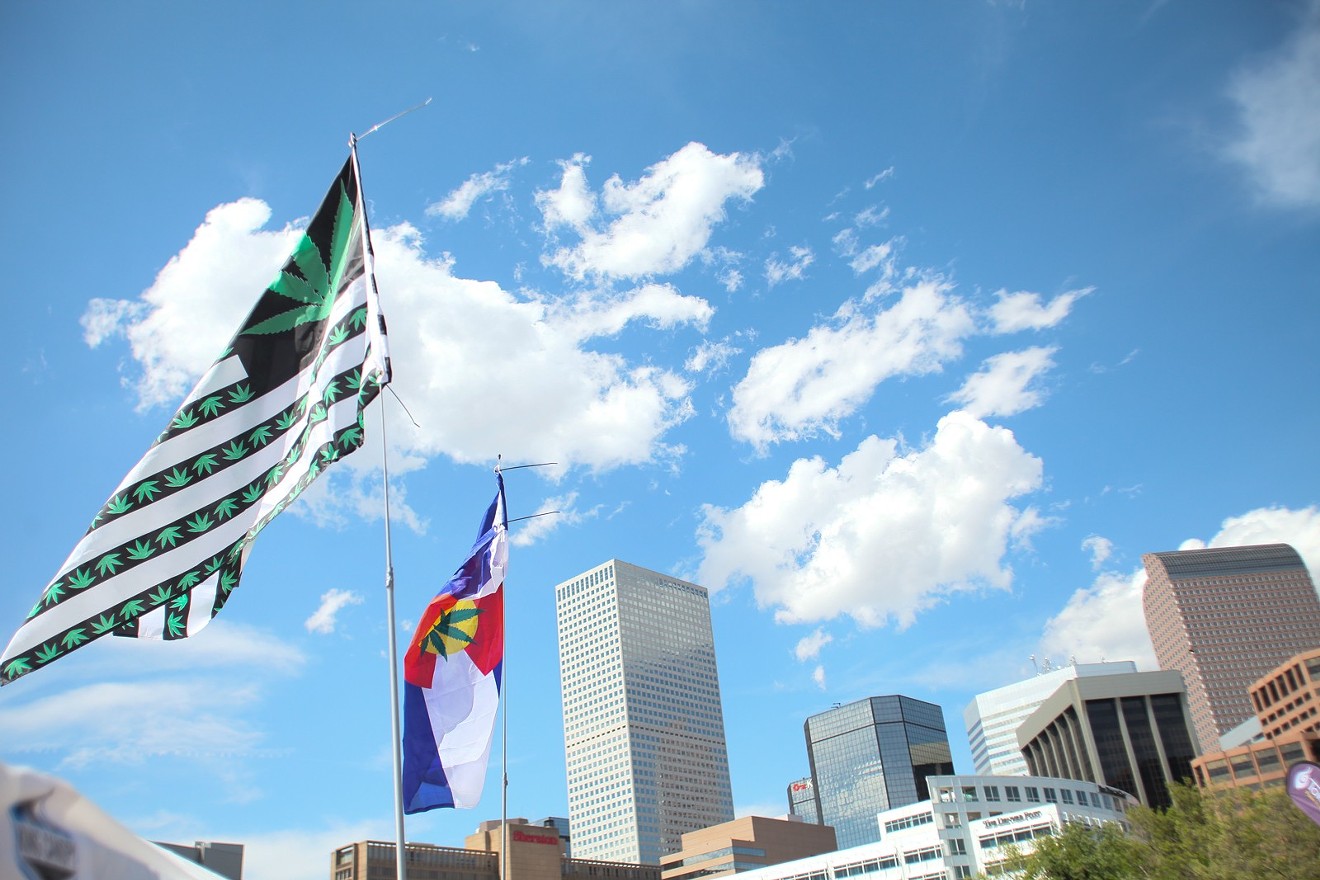 Colorado has become ground zero for legal cannabis issues in America. Brandon Marshall
Most people thought the fight was over when Colorado voters legalized commercial cannabis in 2012, but that victory led to a series of smaller battles over such issues as social consumption, home-grow limitations and industry expansion. Proposals continue to pop up on both the local and state level that could advance or limit your rights as a cannabis consumer, patient, grower or business owner. Want to make sure things go in the right direction? Here's how to become a cannabis advocate:

Attend Local Government Meetings
Most of the decisions that affect your daily life are made at a local level by neighborhood organizations, city councils, county boards, mayoral administrations and so on — so don't let these groups off the hook. Amendment 64 allows municipalities and counties to choose whether to ban or allow cannabis businesses, and the majority of Colorado communities still prohibit them. A number of towns and counties have also discussed stricter limits for home-growing, even for medical patients, while a few have tried to address issues such as social consumption and cultivation health standards.

Have an opinion? Share it at a public meeting. Sternly worded emails might get some attention from elected officials, but if you really want them to know who you are, force them to stay at a boring meeting past 10 p.m. to hear your testimony.

Keep an Eye on Your Legislators
Just as you should watch local officials, it's important to keep an eye on what your state lawmakers are up to. Colorado's legislators have become more educated on the science behind cannabis in recent years, and a lot of that is thanks to advocacy efforts. If you're like most people and can't attend legislative sessions and hearings to voice your opinion, you can always study the Colorado House and Senate meeting recordings that are posted online, then reach out to your state rep or senator.

The Colorado Legislature ended its session on May 9, but not before considering some pretty crazy pot bills. Measures that would have proposed a tracking agent for commercial marijuana plants or a tracking system for legal pot buyers were defeated after extensive public input in 2018, while bills that added autism and post-traumatic stress disorder to the list of conditions approved for medical marijuana passed in 2017 and 2018, respectively, both buoyed by heavy public support.

See What Groups Are Right for You
There's no shortage of groups advocating for cannabis, but it can be hard to pick one specific cause that deserves your time. While you can always join broader national groups focusing on cannabis rights as a whole, such as the National Organization for the Reform of Marijuana Laws (NORML), Drug Policy Alliance, Americans for Safe Access, Students for Sensible Drug Policy or Marijuana Policy Project, there are also groups that fight for more focused causes. Organizations that represent medical marijuana patients, minorities in cannabis, health-care professionals, women, veterinarians, autistic children, veterans, recreational consumers and many other demographics are out there and eager for new members. All you have to do is ask. 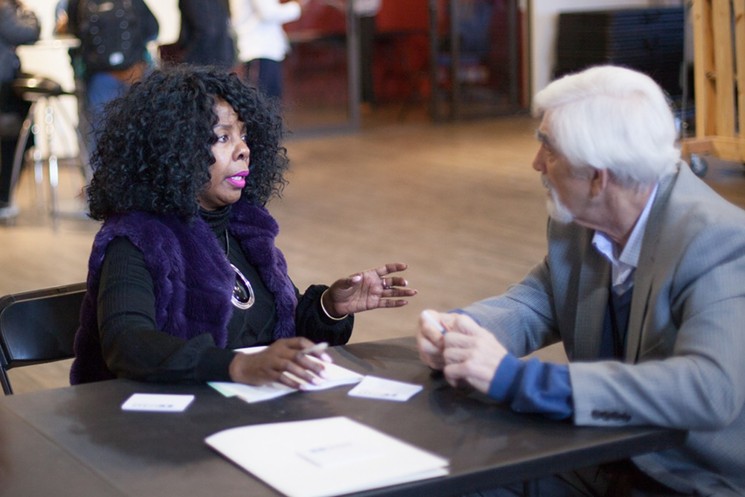 Events like the Minority Cannabis Business Association's Cannabis Opportunity Summit are great for networking and policy education.
Jacqueline Collins
Or Start Your Own
Just because there's a lot of something doesn't mean you can't have more. The thought of legal cannabis is still very new, even in Colorado, and there's a good chance that you're not wholly represented — or maybe the group that's currently representing your category isn't pushing the interests you'd prefer. Either way, the opportunity is there to motivate like-minded cannabis consumers to come out of the closet. If you're scared of starting a nonprofit to support a federally illegal substance, then start small with a Facebook group or weekly get-togethers through Eventbrite or Meetup.com. After all, national groups like NORML and Women Grow had to start somewhere.

Attend Events — All Kinds
Our weekly Cannabis Calendar lists pot-infused yoga sessions and art classes, but it's also stocked with
industry shindigs and advocacy events in the metro area — and even we can't keep up with all of them. Support groups and networking parties are hosted weekly for everything from the hemp-derived-CBD industry to parents with children who use medical marijuana. They're often attended by some of the Denver cannabis scene's movers and shakers, many of whom are happy to give advice or lend their support to the right cause. Recreational classes, parties and events are frequented by many of the same faces, and they often get into policy discussions, too.  Figure out potential allies and ask them for advice — but also learn who to avoid.

Don't Settle
Obtaining the right to consume cannabis seems like a huge victory, and rightly so. It took years of lobbying by groups like Safer Alternative for Enjoyable Recreation, Students for Sensible Drug Policy and the Campaign to Regulate Marijuana Like Alcohol to even get Amendment 64 on the ballot, but there are plenty of people who don't think it went far enough. Whether you agree with their stances or not, activists like Miguel Lopez or Larisa Bolivar continue to piss off authority as they try to protect minorities from industry consolidation and consumers and caregivers from law enforcement persecution. Recent retail legalization efforts in Arizona and Ohio were both opposed by large factions of cannabis advocates, largely because both catered to a small network of pot-business licenses that limited market access. Don't let the rush for legalization result in an unwelcome compromise.

But Don't Be Afraid to Talk to the Other Side
As with any political issue, you have to be prepared for the reality that not everyone will agree with you. In fact, some will oppose you to the point of boiling anger — but you'll have to get over that. Even if you completely disagree with everything they say, it's still beneficial to engage your opposition in dialogue. On top of learning about their biggest disputes with what you're pushing, you might even reach a compromise. Both Denver and Colorado officials routinely force all sides of cannabis stakeholder issues to sit in the same room until something close to a consensus is reached. Even if you can't get on that exclusive list of stakeholders, the meetings are public and allow comment from the audience. Attend those meetings to make sure you're heard, but remember to listen to other voices, too.
KEEP WESTWORD FREE... Since we started Westword, it has been defined as the free, independent voice of Denver, and we'd like to keep it that way. With local media under siege, it's more important than ever for us to rally support behind funding our local journalism. You can help by participating in our "I Support" program, allowing us to keep offering readers access to our incisive coverage of local news, food and culture with no paywalls.
Make a one-time donation today for as little as $1.