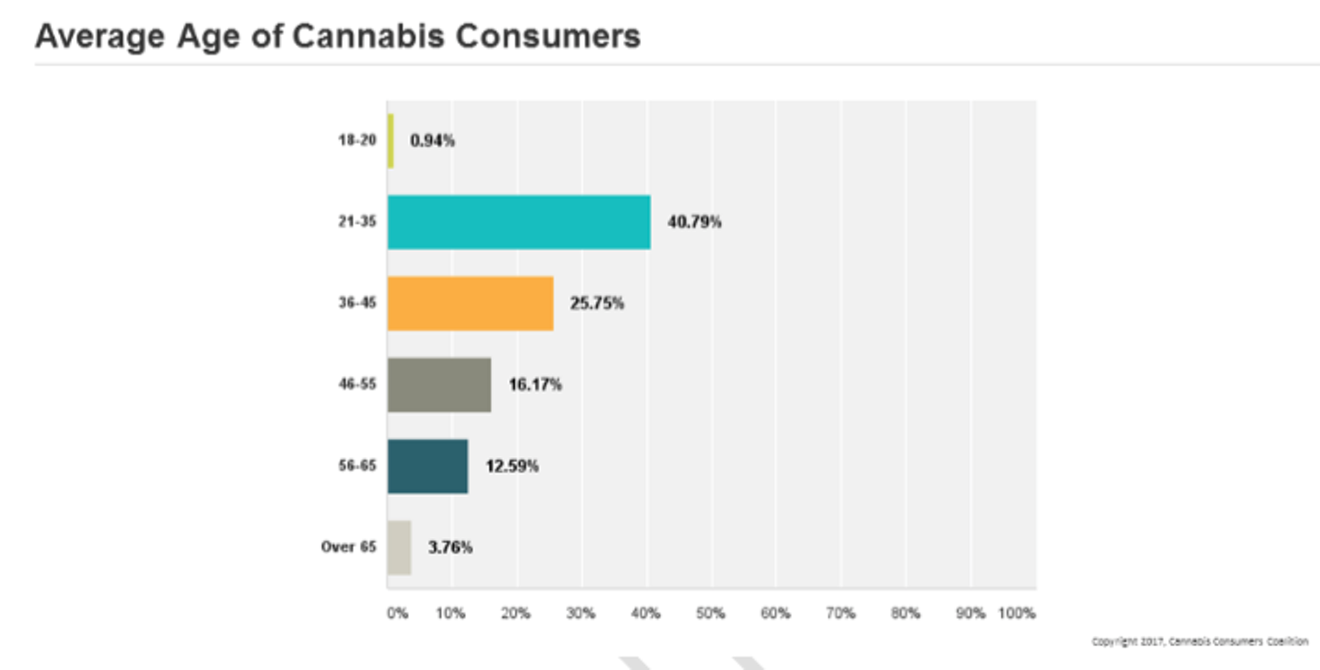 Cannabis Consumers Coalition
When Colorado legalized cannabis, people had a lot of questions. How much money would marijuana bring in? Would the black market remain? Would consumer demographics change? More than three years after recreational dispensaries opened their doors in this state, researchers are starting to answer some of those questions.

While many marijuana studies focus on the general public, most of the people surveyed for a just-released report by the Cannabis Consumers Coalition were regular users who consume cannabis at least once a day. Although the CCC respondents weren't all from Colorado, 73 percent of them reported living in states where marijuana is legal in one form or another.

Even so, the study found that many of them are still buying their pot the old-fashioned way.

Fewer than 12 percent of the respondents said they bought their marijuana from a recreational dispensary, while nearly 46 percent said they still buy off the black market. Many of them rely on medical marijuana or their own plants: 23 percent reported frequenting medical dispensaries, and nearly 15 percent grew their own.

Cannabis Consumers Coalition
"There could be a multitude of reasons for this, including price gaps between 'street' and regulated cannabis, which can be attributed to taxes and regulatory costs making cannabis from licensed stores more expensive than cannabis on the black market," CCC executive director Larisa Bolivar noted in her report on the study. "Other reasons for black-market activity can be attributed to prohibition in surrounding states and municipalities and slow adaptation of regulations and business ramp-up time."

Those big expenses could be the result of higher tolerances. According to the study, more than 63 percent of participants have used cannabis for over ten years, and more than 82 percent have used it for at least five.

Cannabis Consumers Coalition
The CCC surveyed over 500 cannabis users across the country; 400 said they lived in a state with legalized medical or recreational marijuana, or both. What surprised Bolivar the most, she says, was the number of women who participated: Of the 537 respondents, more than 58 percent were female.

According to a 2015 study by Marijuana Business Daily, 36 percent of executive positions in the U.S. marijuana industry were held by women.

Cannabis Consumers Coalition
The average age and household income of a regular cannabis consumer wasn't as surprising, but there were still some interesting statistics. While over 40 percent of consumers fell into the 21-to- 35 age group, a third were 46 or older. And while over 55 percent of participants had a combined household income of less than $55,000 per year, nearly 16 percent reported making over $100,000.

"Cannabis use is becoming more mainstream. States with legal cannabis programs are now the majority, and the majority of Americans now support cannabis legalization," Bolivar concluded in her report on the study. "Many people consume cannabis regularly, and demographics show that these people are contributing members of society and are not negligible."