Michael Correia NCIA
On Thursday, July 13, cannabis professionals ascended on Denver’s Cultivated Synergy for a quarterly meeting held by the National Cannabis Industry Association. But this wasn't any ordinary meeting; it was a caucus – a cannabis caucus.

The ethos of the marijuana community is not what it used to be. At the caucus, everyone was professional and reserved. There wasn't a dreadlock or a hint of tie-dye to be seen.

The NCIA has always been one of the more buttoned-up cannabis business groups, hailing itself as “the only national trade association advancing the interests of the legitimate and responsible cannabis industry.” In non-corporate speak, that means lobbying.

The lobbying takes place in Washington, D.C., but Denver is where many of the results are seen. The Denver caucus is essentially a networking event, where players in the country's largest retail cannabis market get together and see if there are any intersecting business needs they can help meet for each other.

Everyone was very tidy and reserved, with a smorgasbord of suits, trim haircuts, heels and power outfits. It was kind of funny, actually, how rarely anyone actually mentioned the product that brought all of us here – as if they were looking over their shoulders, expecting Grandpa Jeff Sessions to walk in at any moment.

But like a baby bird leaving the nest, attendees began to feel more comfortable as the evening passed and the speakers took the stage.

NCIA Executive Director Aaron Smith led the program with a motivating announcement, proclaiming they were all part of a "growing movement to end marijuana prohibition once and for all.”

Some of the main sponsors and NCIA boardmembers also gave short speeches, but the star of the evening was NCIA lobbyist Michael Correia. One of the few weed lobbyists in the country (though that is changing fast), he spoke about the general state of the industry before rallying the troops with a sense of excitement unique to new trades and social movements like legalized cannabis. 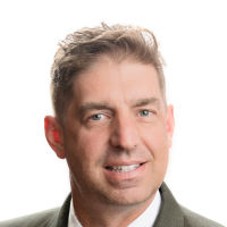 Michael Correia
NCIA
The tide of public opinion has certainly turned on pot, Correia said, to the point where even incoming Republicans are proponents of medical marijuana. Unfortunately, he noted, “there are many people in this administration who don’t like what we’re doing. It’s important to stay active to counter that.”

The most effective way to achieve federal cannabis reform so far has been through the Rohrabacher-Farr Amendment, an appropriations amendment in the federal budget that ensures that the Justice Department can’t spend funds to interfere with the implementation of state medical marijuana laws. The amendment was proposed seven times over the course of eleven years before the passing in 2014.

Under a different presidential administration, Correia said, he might be inclined to press forward to end federal prohibition, but for now, he's just trying to hold his ground. His main focus over the next several months is to keep the Rohrabacher-Farr rule in the budget at all costs, he told the group.

The Rohrabacher-Farr Amendment and Cole memo, non-binding guidelines for how federal prosecutors operate in states that have legalized medical or retail marijuana, are some of the only significant protections that states like Colorado have from the federal government. The Cole memo, written by University of Colorado alum and former U.S. Deputy Attorney General James Cole, isn't bulletproof in terms of legal merit; it's only a guideline intended to inform attorneys and financial institutions around the country, and can be removed or changed at any time.

All that may sound distressing, especially after a letter from Sessions surfaced asking congressional leaders to revoke federal protections for legal marijuana, but it’s not all doom and gloom. This year, more than ten bills have already been introduced by members of the House of Representatives and the Senate, including a package from Representative Earl Blumenauer (D-Oregon) and Senator Ron Wyden (D-Oregon) called The Path to Marijuana Reform, which contains three bills: the Small Business Tax Equity Act, the Responsibly Addressing the Marijuana Policy Gap Act and the Marijuana Revenue and Regulation Act.

Even Colorado’s own Senator Cory Gardner has gotten in on the game, co-sponsoring the Secure and Fair Enforcement (SAFE) Banking Act of 2017. It aims to give cannabis businesses access to the banking system; that's been a serious issue, given conflicting federal and state laws.

He recommended that the Coloradans in the room call their legislators – Gardner, in particular – and tell them how important protecting the cannabis industry is. Despite the legislation that Gardner partnered on, Correia said he believed the senator has yet to lend his full backing to the industry. In a telephone town hall earlier this year, Gardner said he believes that states are laboratories for democracy — and in this case, Colorado is the heart of the cannabis laboratory. In that call, Gardner noted that although he initially opposed recreational marijuana, he supports the will of the people in Colorado.

Shannon Fender, a member of the NCIA board who does public affairs for Native Roots, encapsulated the state of the industry until further notice, at least for those in the trenches. “Keep fighting the good fight,” she said as the end of the night drew near. “Fight it hard. Fight it right.”

After the speeches concluded, attendees filtered outside, and the green stuff and smoke clouds eventually made an appearance among a few smaller groups.

Find out more about the National Cannabis Industry of America and upcoming events at thecannabisindustry.org.