Reader: Why Can't We Rally to Keep Awareness of Marijuana Going? 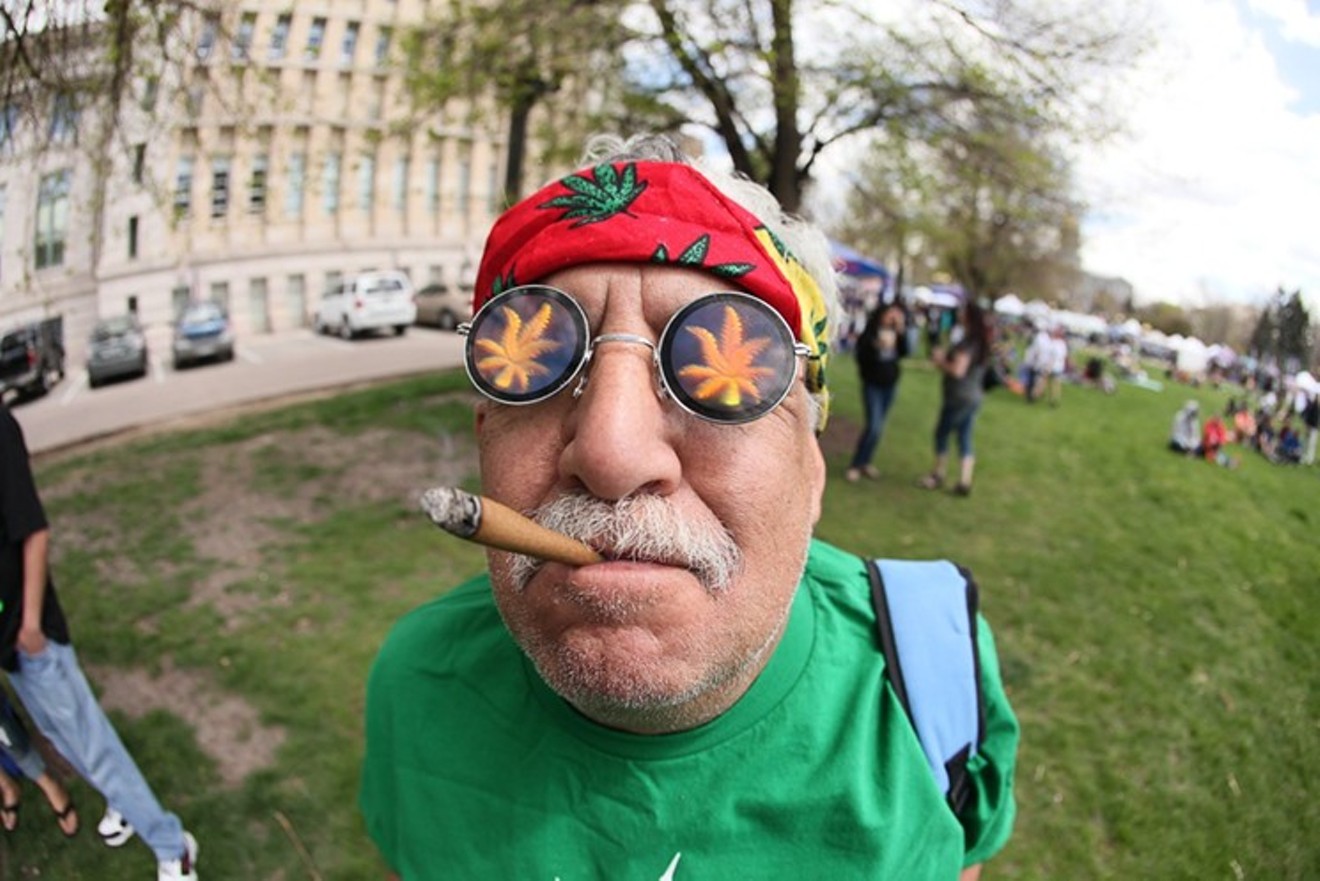 Denver's 420 Rally started before marijuana was legal in Colorado. Brandon Marshall
The comments just keep coming about the 420 Rally last month, and the city's response issued last weekend, which would fine the organizers of the event $12,000, and ban them from applying for another Denver permit in any park for the next three years. The organizers plan to appeal that ruling, and in the meantime, readers are issuing their own verdicts. Says Jeremy:

Screw the 420 rally. It was one thing when it used to be a protest and actually meant something, but ever since legalization here, it is nothing but a big clusterfuck of a consumerist cash-cow event. Nothing but a trap for clueless tourists to come and smoke with thousands of bros while vendors can sell them overpriced tie-dyed shirts and Bob Marley tapestries, and dispensaries that don't believe in hiring anyone for marketing can walk around and hand out stickers and sunglasses and BS in a shameless attempt to promote their shops.

I smoke every day and even work in the industry, but goddamn, I hate "weed culture" at times.

Let's hope it never returns. I'm all for weed legalization, but the rally is no longer necessary...weed has won in CO!!

Do we need a PBR party in RiNo or street parties in Larimer Square? If we only did the events we "need," we'd just have elections.


And then there's this from Megan:

We are a nation, together. Why shouldn't we keep awareness going? (If we can clean up after ourselves, naturally.) I just don't think people understand the actual meaning, so they let their arrogance show by making comments about it being pointless.


Want to know more about the actual meaning of Denver's 420 Rally? Keep reading for our recent coverage.