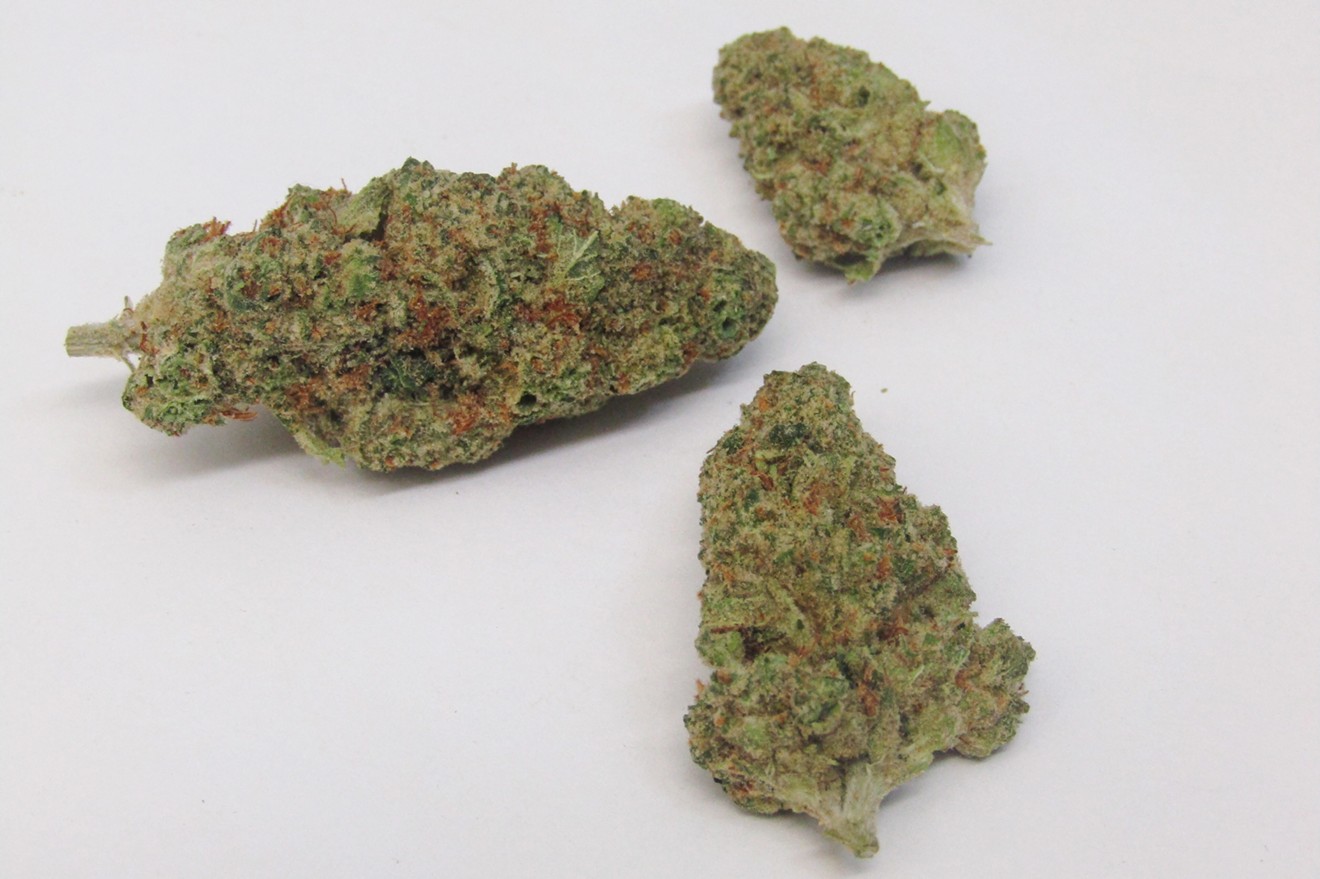 Pootie Tang is listed because of its flavor. Get your head out of the gutter. Herbert Fuego

Pootie Tang
Herbert Fuego
Pootie Tang
Pootie Tang has a juicy flavor reminiscent of a glass of orange Kool-Aid, Tang or other powdered fruit drink, with way too much powder in it. However, that stark, juicy flavor is complemented by strong, earthy notes and a skunky after-scent that tends to linger minutes after you close the jar. This sativa works in the classic sense, hyping you up with little direction before pulling you down into a blissful canyon of relaxation and sleep.

Gushers
Herbert Fuego
Gushers
Not quite a one-hit knockout, but euphoric and sedating nonetheless. The quick bliss of Gushers would make me ignore a house fire, relaxing me from my neck to my ankles. But that bliss soon turns into pure sloth and gluttony, so consider yourself warned.

Four Kings
Herbert Fuego
Four Kings
Instead of a hot bath and a shot of whiskey after a hard day, I’d rather smoke lavishly with Four Kings. The high is calming enough to forget daily stressors and minor aches and pains, and upset or hung-over stomachs.

Killer Queen
Herbert Fuego
Killer Queen
Don't fall in the trap of getting too cocky after a bowl of Killer Queen. After around two hours of heady bliss, you'll fall down a munchie-filled hole of grogginess. And that's exactly what you'll want after burning off the energy that the initial sativa uplift gives you.