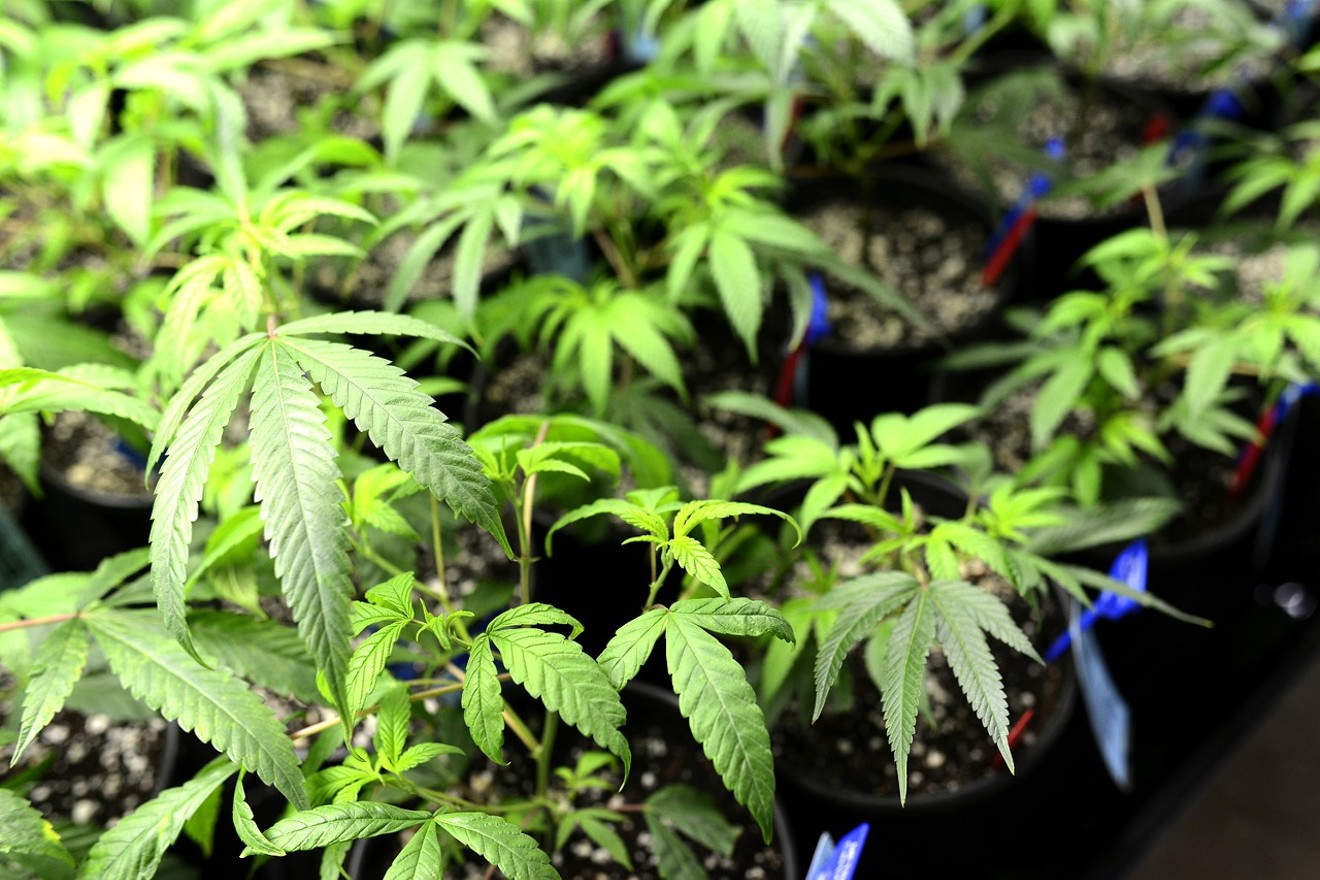 Scott Lentz
Every year, Xcel Energy honors organizations with energy-efficiency awards, and for the first time, a cannabis business is on the list of honorees.

LivWell won the company's Lighting Efficiency Achievement Award for its efforts to save energy and reduce its impact on the environment. "It's the highest energy saving for a single lighting project in the State of Colorado last year, and for 2016 in any industry, so it's a pretty big deal," says Neal Levine, LivWell's senior vice president of government affairs.

LivWell has a single grow space that supplies bud to its fourteen dispensaries. The company installed LED lighting instead of traditional lighting, which garnered an annual savings of 2,936,266 kilowatt hours — the equivalent of the electricity used to power 176 homes in a single year.

Awards like this are good to help normalize the image of the cannabis industry, especially in light of the uncertain political environment, Levine stays. There have been a lot of statements from the Trump administration regarding the illegal drug trade, and sometimes legal marijuana businesses seem to get grouped into their drug war, he adds.

"This is the difference between us and a drug cartel. We invest into green technology and efficiencies and things like that as opposed to illegally growing plants," Levine says. "When you go to a regulated system, these are the kinds of innovations and the kinds of business practices that you get.... Companies like ours are the answer to your drug cartel problem. We're the answer to the marijuana trade problem — not the cause."

"More and more businesses are realizing the benefits of energy efficiency from cost-savings to helping meet environmental and sustainability goals," Dan Nygaard, Xcel Energy's vice president of customer solutions, said in a statement announcing the 2016 awards earlier this month. "These awards are a way for us to recognize our business customers' accomplishments and allow them to share their success with their own employees and customers."