Arizona: State Representative Mark Cardena has introduced HB 2003, which would end the state's marijuana prohibition and set up regulations to have state-licensed production and sale of cannabis. Arizona was the only state with a legalization initiative on the ballot last November that didn't pass, but it was a tight race: Proposition 205 lost by only four percentage points.

Connecticut: Legislators have introduced four bills in Connecticut's General Assembly that would end marijuana prohibition in the state; SB 11 will first be heard by the state Senate, the other three by the House.

Delaware: On March 30, fourteen Delaware legislators introduced the Delaware Marijuana Control Act, which would create a new tax system to regulate marijuana like alcohol. Because the bill would establish a new tax, a supermajority is needed for it to pass.

Illinois: Two Democratic legislators from Chicago are leading the charge for marijuana legalization in the state. SB 316 would make it legal for adults 21 and older to possess, grow and purchase marijuana; it would also set up a state-run licensing structure to regulate businesses that cultivate, process, test and sell marijuana.

New Hampshire: HB 640 passed the House of Representatives on March 8 by a 318-36 victory vote; the bill would decriminalize possession of up to one ounce of marijuana. New Hampshire is the last state in New England that still arrests people for possessing small amounts of marijuana.

Rhode Island: After Massachusetts legalized recreational marijuana last year, Rhode Island lawmakers faced a challenge — whether to try to prevent legal, regulated marijuana from Massachusetts from entering the state, or legalize it themselves. In February, Senator Joshua Miller and Representative Scott Slater introduced companion bills H 5555 and S 0420, which would establish a regulated marijuana system in the state. 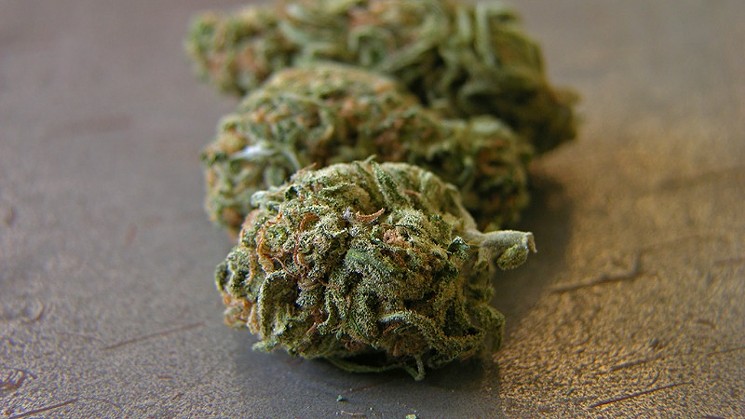 Kansas: Three bills have been introduced in Kansas that would set up a regulated medical marijuana system in the state. Recent polls show that 68 percent of Kansas residents favor patients having access to medical cannabis.

Kentucky: Although medical marijuana legislation did not pass in 2016, a new proposal, SB 57, has been introduced that would legalize medical marijuana. Kentucky's governor favors the measure.

Missouri: A citizen-led initiative failed to make the ballot in 2016, but two bills introduced this session would allow patients with incurable diseases to treat their condition with medical marijuana.

Tennessee: Lawmakers approved legislation to block local marijuana decriminalization measures. Vermont: A non-commercial legalization bill that had been gaining popularity in the state was pulled from the House floor.