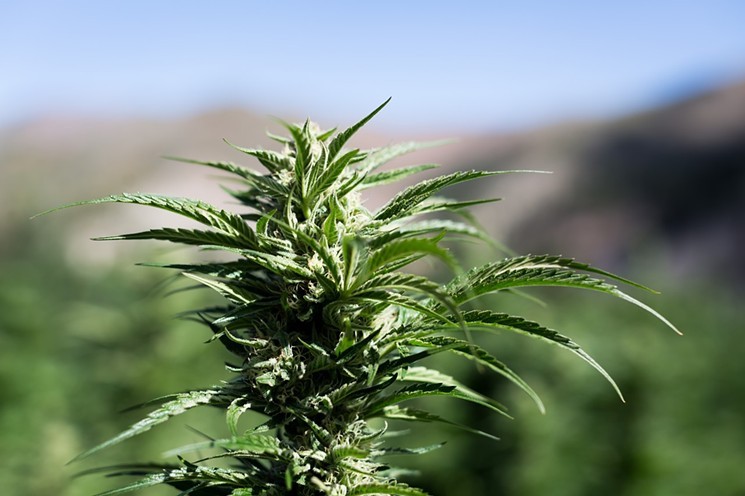 Jake Holschuh
A reader recently posed this question: "I found a few weed plants in a field near my neighborhood. What should I do about it?"

Our Stoner offered a far longer answer than most readers did. The most common response? "Mind your own business." Here are some other responses.

What field? What plants? I have no idea.

Watch your step...and back away quietly.

If you find pot cheaper than a penny, smoke it!

Unless it is on public land. In that case you should GPS it and give the info to the land management agency as there is no reason to support growing on public lands. On private land just STFU and ask why you are trespassing.

And Manuel summed up the most common sentiment...

How about mind your own fucking business.


For the record, here's our Stoner's response: "That depends on how cool you want to be, man — and how mature the plants are. If the plants are still in their vegetative stages, then they're still months away from bearing any usable buds. If they're taller and starting to yield flowers (nugs), then you have a decision to make: Take some for yourself, leave it alone, or call the police.

"Narcing seems lame, and it is for the most part, but you have to think about kids in the area. You could claim them for yourself, but unless the plants are ready to harvest, that would require tending to them outdoors and in public, which is illegal. Also, consider that someone else is likely watching over those plants — there's little chance the seeds were brought over by wind and nature — and things could get dangerous. The safest option is probably the police — but maybe they'll only locate one plant instead of the original three you found..."

What would you do? Post a comment or email your answer to [email protected]
KEEP WESTWORD FREE... Since we started Westword, it has been defined as the free, independent voice of Denver, and we'd like to keep it that way. With local media under siege, it's more important than ever for us to rally support behind funding our local journalism. You can help by participating in our "I Support" program, allowing us to keep offering readers access to our incisive coverage of local news, food and culture with no paywalls.
Make a one-time donation today for as little as $1.