Reader: He Might Look Old, but Mick Jagger Totally Rocked It 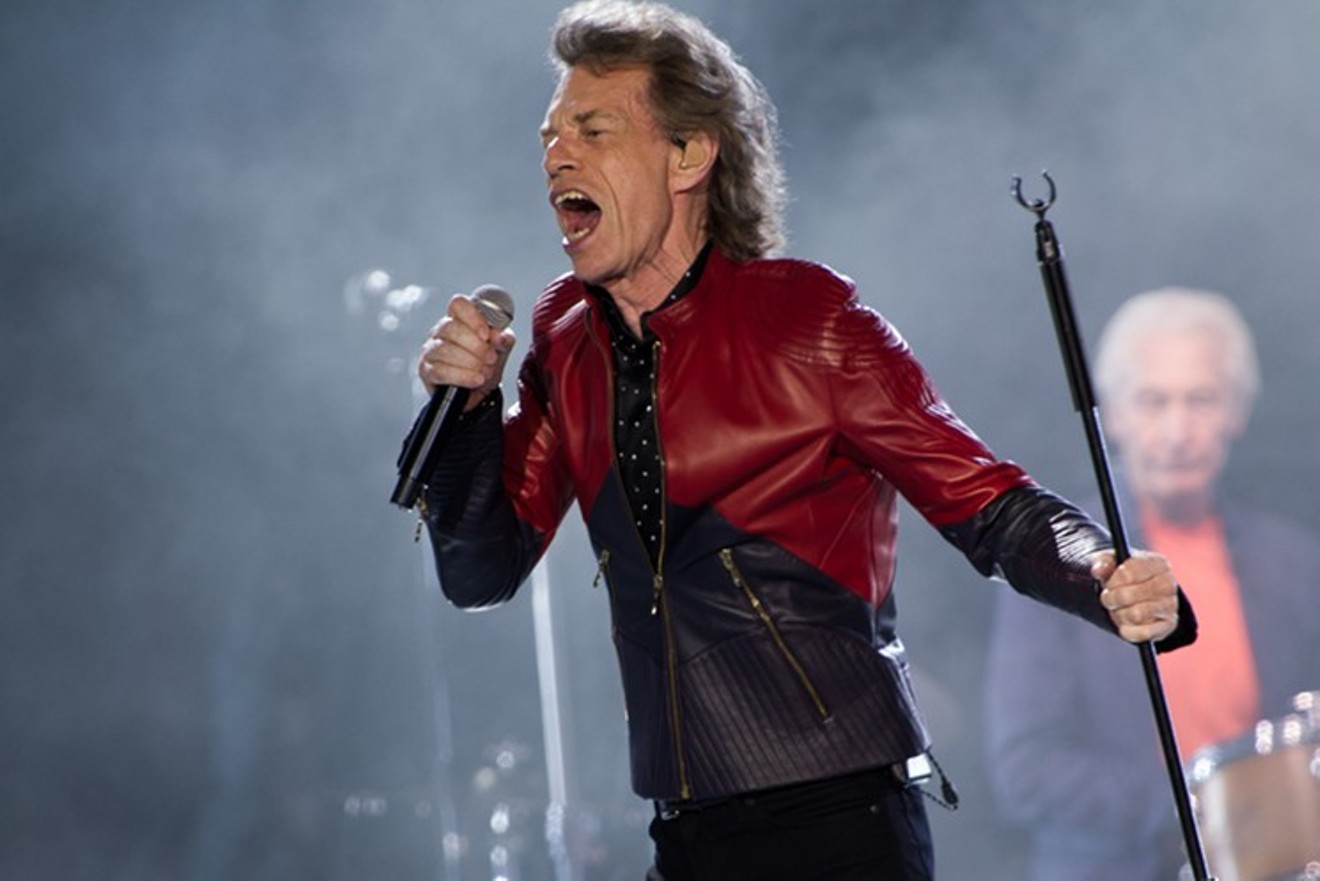 Mick Jagger in action a mile high. Brandon Marshall
Shortly after the Rolling Stones announced the third leg of the No Filter Tour, which first launched in fall 2017, the band canceled a string of shows because Mick Jagger had to have heart-valve surgery; the May date at Mile High Stadium was one of those affected.

But the tour soon resumed, and Jagger was once again strutting around the stage, as flamboyant as ever. The band finally reached Denver on August 10, and fans agreed that the Rolling Stones at Mile High had been worth the wait.

Absolutely, it was the best concert I've seen in my life...truly an amazing show.

As long as the Stones are still out there, the rest of us remain young (at least young at heart). Glad to read their tour is getting great reviews.

They still give one of the greatest live performances of all time. Mick has more energy then anyone I’ve ever seen.

Wow, he looks like he was rolled and stoned!!!!

The dude is old; does everyone expect him to look anything but? He totally rocked it and we loved every minute of the concert. I thought part of the greatness was watching these old men killing it on stage.

Ageism is clearly the final frontier in the “woke” millennial movement.

He mentioned Casa Bonita. “I went cliff diving earlier at Casa Bonita. I ate too many sopapillas.” It was hysterical.


Some readers also thought that the review headline — "The Rolling Stones and Mick Jagger's Orgasmic Denver Concert" — and the lead photo on Facebook were a stretch.

He was never really handsome. But, OMG! he looks moments away from dead! Here's someone who maybe should look into plastic surgery.

At first, I found this title very annoying. But upon reading, the review is well-written and though it says incorrectly (see Richards) that only hard work and self-denial can bring you to succeed in rock in later years, it ultimately makes the point that "orgasmic" means doing what you love. I disagree also that these are the songs a true fan would want to hear, but I won't belabor the point that this is a good (well-written) article, it's not as threadbare and pedestrian, "Oh the Stones are here again" as it may seem.... Photo isn't the one to use however, obvious clickbait, so is the title.

The fact that you'd choose to use the word "orgasmic" to describe a bunch of nearly 80-year-old geriatric "rockers" is highly disturbing. Do you have a grandpa fetish or something?

The Rolling Stones got their start back in 1962, but their music is as relevant as ever, he notes.  So is their approach to a stadium concert. In Denver, it started with picking this city's own Nathaniel Rateliff & the Night Sweats — a group that in a few years has risen from opening at bars to Broncos Stadium — as the opening act.

But the night really belonged to the legendary frontman. "Over more than two hours, Jagger proved himself indefatigable," writes Harris. "He borrowed cues from evangelical preachers, throwing his arms in the air and moving fans to do the same. He mirrored drag queen macho rock. His ability to shapeshift between genres, ages, cultures and gender identities brought a madness to the show that would be alienating on the street but was captivating on stage.

"With his band behind him, Jagger rose and fell like he was in perpetual orgasm," Harris concludes. "He and the Stones did what great rock and roll does: They brought us along for the waves."

Did you see the show? What did you think? What did you think of Harris's review? Post a comment or email [email protected]
KEEP WESTWORD FREE... Since we started Westword, it has been defined as the free, independent voice of Denver, and we'd like to keep it that way. With local media under siege, it's more important than ever for us to rally support behind funding our local journalism. You can help by participating in our "I Support" program, allowing us to keep offering readers access to our incisive coverage of local news, food and culture with no paywalls.
Make a one-time donation today for as little as $1.