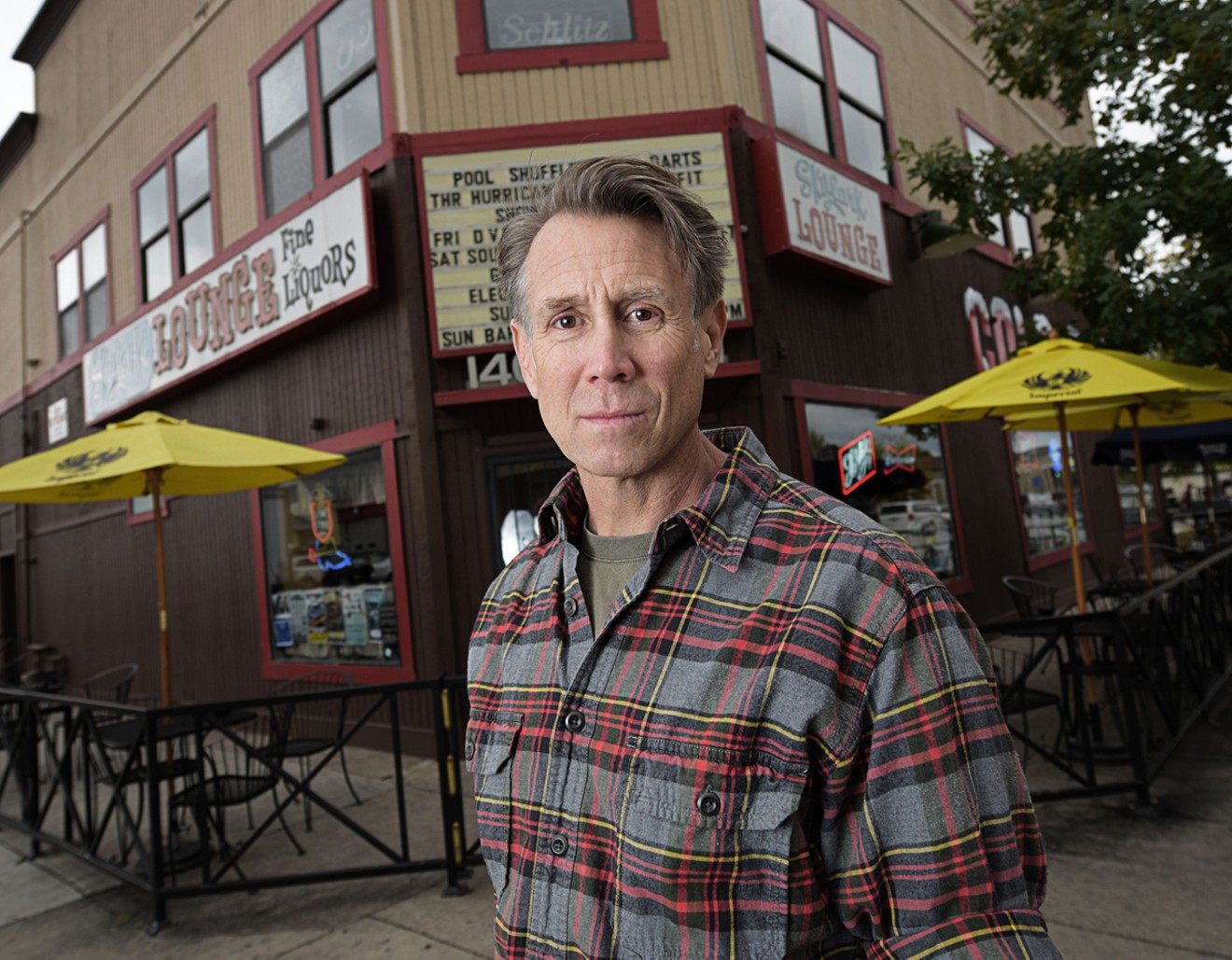 Skylark Lounge owner Scott Heron is selling his bar for $2.5 million. Anthony Camera
In May 2020, Scott Heron told Westword that he had put the Skylark Lounge, at 140 South Broadway, on the market for $2.5 million. He wasn't selling because of COVID-19; he was just ready to move on, do some sailing, travel and explore a new career in solar energy.

With the economy crashing at the start of the pandemic, he didn't think there was much of a chance the venue would sell for the next few years. Lucky for Heron — who feared the building would be purchased by somebody looking to turn it into a hip, upscale spot or scrape it altogether for more apartments — he was wrong.

Just over a year later, Denver musician Nathaniel Rateliff and his friend Bob Ashby are leading a partnership of investors to take over the venue, which should come as good news for regulars who didn't want to see the bar change its nostalgic, honky-tonk, rockabilly vibe.

“It would be a shame for someone to go in there, spend a fortune to make it into something else," Heron said last year. "It’s a solid, successful business that runs well when things are in a normal environment."

Happily, Rateliff, along with Ashby, who will run the day-to-day operations, only plan to make a few changes, including accepting credit cards, says Charlie Woolley, who helped bring together a partnership that includes Chris Tetzeli and the rest of the members of the Night Sweats. The feel of the place should be basically the same.

This isn't Rateliff's first rodeo in the restaurant industry. He, his bandmates in Nathaniel Rateliff & the Night Sweats, Pat Meese and Luke Mossman, hi-dive co-owner Matty Clark and then-hi-dive co-owner Josh Terry were behind the short-lived Best of Denver award-winning bar The Overland, which took over the old Bushwacker's Saloon space. (Today it's occupied by the Brutal Poodle.) "Despite the celebrity status of Rateliff and his bandmates, the place never felt upscale, exclusive or unwelcoming," we wrote at the time. "Instead, the sunken bar and uncomplicated drinks list made the bar feel lived-in and timeless."

"Lived-in and timeless" is also a perfect description of the Skylark, where local musicians and artists have long been able to find a friendly face, underground bands could play shows, and nobody suffered from the pretensions that have sullied so much of Denver's bar culture.

Heron, who'd been a pilot, worked at a pizza restaurant, installed security systems at military bases, and rented sailboats in a marina, first purchased the Skylark in 1998 for roughly $82,000.

“The neighborhood was slowly turning around back then," Heron recalls. "The Baker neighborhood was 60 percent gay. I bought it from a gay guy who had an impression of what he wanted, but he really had no idea what he was getting himself into. It was failing when I bought it. Sales were down to a quarter of what it was before.”

Remodeling it into a rock club saved it, and with Rateliff, Ashby and friends at the helm, the Skylark should be able to steer a strong course into the future as Heron sails away.

Correction: An earlier version of this story misspelled Charlie Woolley's name and stated that the Skylark would go cash only. That is incorrect. It will begin accepting credit cards. We regret the errors.
KEEP WESTWORD FREE... Since we started Westword, it has been defined as the free, independent voice of Denver, and we'd like to keep it that way. With local media under siege, it's more important than ever for us to rally support behind funding our local journalism. You can help by participating in our "I Support" program, allowing us to keep offering readers access to our incisive coverage of local news, food and culture with no paywalls.
Make a one-time donation today for as little as $1.