Eight of the Best Colorado Music Videos of 2020 (So Far) 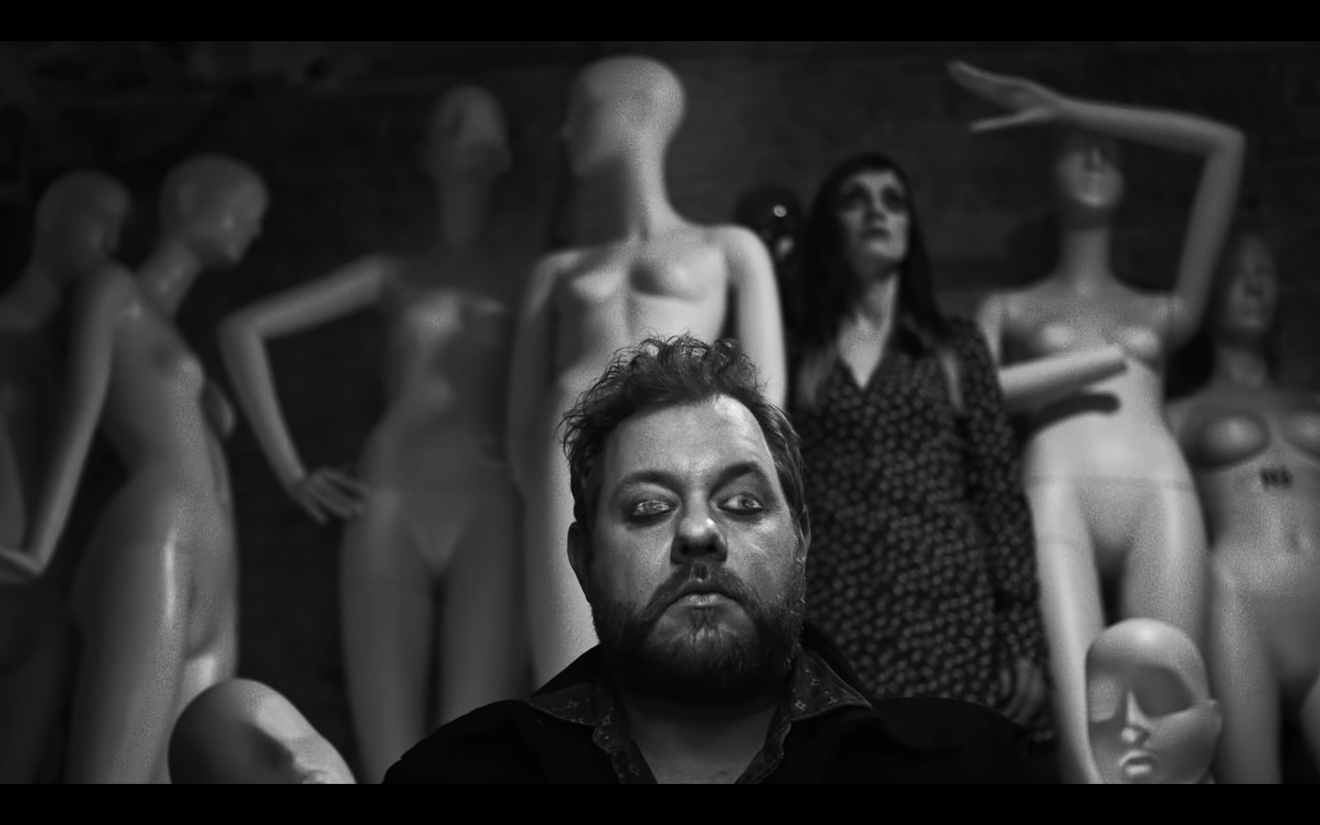 A still from Nathaniel Rateliff's new video for the track "What a Drag." Nathaniel Rateliff / Danny Clinch
Every time a new year comes around, people make resolutions. This year was no different, greeted with rose-colored glasses and hopes for the future. Musicians were excited about gigs, artists were moving forward on projects, and fans were eager to immerse themselves in a new year's worth of creations.

Then the pandemic hit, and everything seemingly came to a standstill. Gigs are off, artists are stuck at home, and the ability to create or experience newness seems a distant memory. But the joy of the interconnected world online is keeping us sane, and the musicians we love are still dropping new releases, even while we can't see them in person.

Here's a collection of eight of our favorite music videos from Colorado artists in 2020 –– so far.

Upon arrival, Huiracocha and Pauta drew parallels between Cuenca and Denver, pointing to both cities' laid-back attitude and proximity to the mountains. The video for "Himno" seems to connect the two places, showing a journey that ends, for now, in the Mile High City.

The video, created by Sebastián Valbuena, another young Ecuadorian artist, was released on March 15.


Babelord: "Love Without Wanting"
Babelord's newest music video is for the opening track off the group's 2019 album, Seven Point Five Billion Rainbow Stars. The narrative confronts "the ramifications of the physical, real-world meatspace,” Daniel DiMarchi, half of the Babelord duo, explains.

DiMarchi encourages viewers to watch the video without preconceived notions –– so we won't ruin it for him, or for you. But we will say, once the video's over, you'll wonder what would happen if you could travel through space and time, and who, or what, you might meet along the way.

The video was released February 20, 2020, and was directed by Dylan Owens.


Nathaniel Rateliff: "What a Drag"
This masterfully paced meditation on the feeling of loneliness is a perfect video to revisit under the isolation of the COVID-19 pandemic. The song, off of Rateliff's 2020 solo album, And It’s Still Alright, showcases they type of singer-songwriter music that Rateliff, until recently, had left behind.

Though Rateliff diverted from his quieter, acoustic past to pursue the more upbeat neo-soul collaboration Nathaniel Rateliff & the Night Sweats, he's now garnered enough acclaim to also return to his original love.

This video, directed by Danny Clinch, was released in January 2020.


Mandy Groves: "Done With Me"

This video marks a resonant moment in Mandy Groves's career. Though her videos have always been a delight — see the flashy 2019 hit, "Blow" — "Done With Me" is the first video Groves that released after her coming-to-God experience following a major car accident in October of 2019.

Before the accident, her plan was to continue creating house-inspired music like "Blow." But after the accident, she decided to switch gears. Unlike her previous work, the video for "Done With Me" relies on Groves's talent, and little else, to make it shine.

The video, directed by Colin Floom, was released in January 2020.


Down Time: "Hurts Being Alive"

"Hurts Being Alive" is the third track off of Down Time's first full-length album of the same name, produced by Patrick Riley and Alaina Moore of the Denver band Tennis.

The video channels a modern yet era-less nostalgia that's both captivating and unnerving, and successfully depicts a song that is sonically upbeat even as it dives into heavy content — namely, the pain of the human experience. Rather than give in to it, Down Time uses the existential pain to ask: "If life gives you oranges..."

The video was released in February 2020.

Lance Lang, aka Lane-O, has been waiting for the right moment to drop the video for his newest track, "Beautiful." The song delivers an honest version of the self-love anthem. Lane-O said he'd been sitting on the song for a while, but amid COVID-19 challenges, he felt the time was right to share his work.

The video for "Beautiful" nods to hip-hop culture, employing collage, a cinematic take on call and response, but also a retro style reminiscent of the footage produced during the black liberation movement of the ’60s and ’70s. The video was shot in Denver and Golden and includes footage from a private event at Leon Gallery, where Lane-O first performed the song.

Directed and produced by Jeremy Pape, "Beautiful" was released on March 29.

March 23 was the same day that Mayor Hancock declared Denver's stay-at-home order, and it unfolded as one of the more frantic days in recent state history. But before, after, or perhaps even during panicked trips to liquor stores and dispensaries, hundreds of thousands tuned in to watch the performance. At the time, the Colorado Symphony wrote, "Beethoven's Ninth Symphony is an ode to humanity, to peace over desperation, to universal kinship and, of course, to joy."


The Reminders: "Dust and Bones"

Another not-exactly-music-video music video, this footage of the Reminders performing "Dust and Bones" in the Indie 102.3 studio is too captivating to overlook. The song comes from the duo's 2019 album, Unstoppable. and this live rendition proves to be just that.

Queens-born MC and vocalist Aja Black's performance is a tour de force, making this bare-bones studio production want for nothing. Partnered with Brussels-born MC Big Samir, who brings his cool French/English flow to the mix, the duo offers a unique sound in Colorado. Their self-described "mashup of razor-sharp rhymes; raw, soulful vocals; and reggae-tinged hip-hop beats" can make you get up and dance, even if you're feeling the COVID-19 blues.

Listen to these tracks and more favorites from Westword writers on our Westword Staff Picks playlist.
KEEP WESTWORD FREE... Since we started Westword, it has been defined as the free, independent voice of Denver, and we'd like to keep it that way. With local media under siege, it's more important than ever for us to rally support behind funding our local journalism. You can help by participating in our "I Support" program, allowing us to keep offering readers access to our incisive coverage of local news, food and culture with no paywalls.
Make a one-time donation today for as little as $1.

Lauren Antonoff is a Denver native dedicated to telling Colorado stories. She loves all things multi-media, and can often be found tinkering in digital collage. She joined the Westword team in 2019, where she serves as the Audience Engagement Editor — connecting people, ideas, and the stories that matter.
Contact: Lauren Antonoff