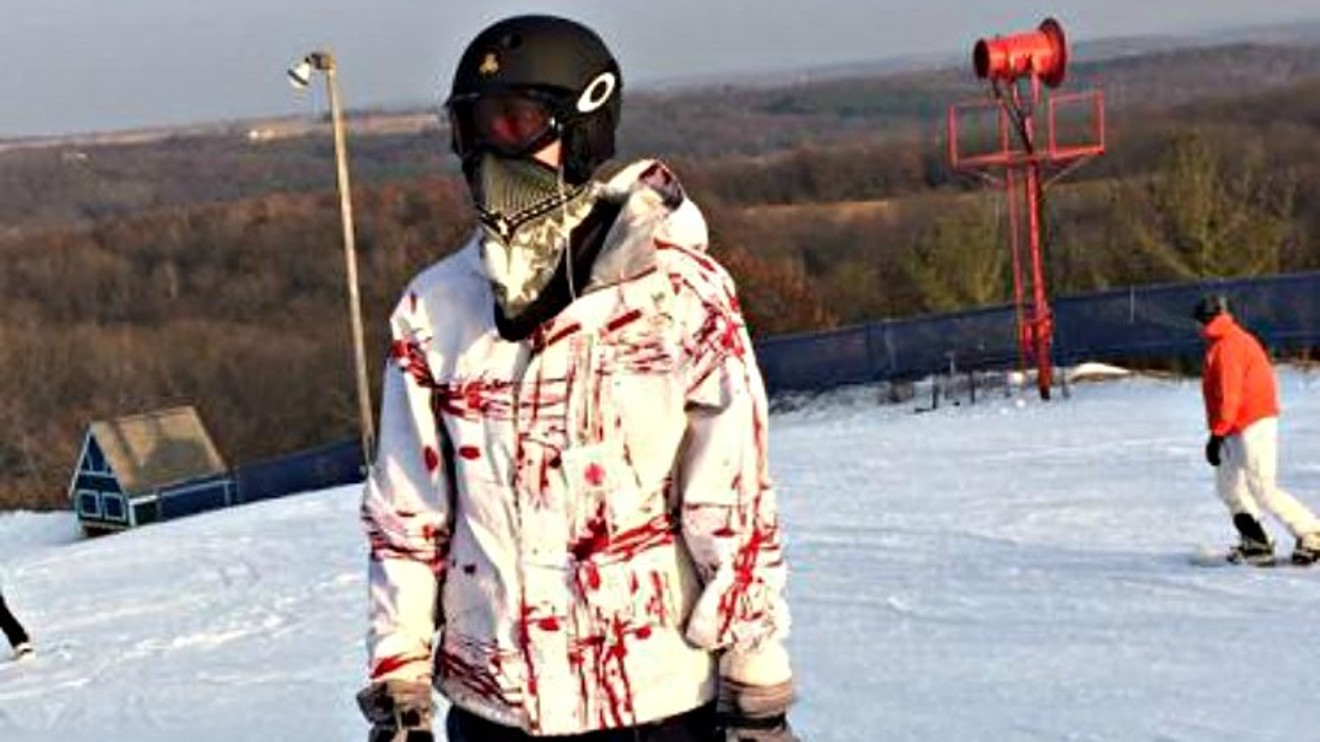 Nathan Enright, who recently moved to Colorado from Illinois, is the second person to have died as a result of injuries sustained at a ski resort in the state during the 2017-2018 season. Facebook
As we've reported, two people, Collin Zak and Nathan Enright, have died as a result of injuries sustained at Colorado ski resorts during the 2017-2018 season to date. Their fatal accidents occurred weeks earlier than the first and second Colorado ski area deaths last year, when fourteen skiers or snowboarders died, despite a lack of snow that has resulted in numerous resorts in the state delaying their openings or keeping some runs off-limits. That doesn't surprise a national expert on resort safety, who believes snow shortages or surpluses can increase the danger for those who hit the slopes under such circumstances.

"It clearly accelerates risk when you don't have adequate conditions," says Dan Gregorie of the Calfornia-based SnowSport Safety Foundation. Yet some Colorado ski areas have reportedly been crowded despite worrisome snowpack levels that will likely remain below normal even after mountain snows forecast for later this week.

In "Ski Resorts in Colorado and Beyond Are Hiding Risks, Safety Advocate Says," published this past May, we noted that Gregorie is a physician who's spent much of his career involved with quality and safety management in the health-care industry. He created the foundation in 2006, after his 24-year-old daughter died after an accident at a California resort, and for the past decade-plus, he's argued in favor of requiring that ski areas develop and make public safety plans and statistics. To date, none have done so because, in his opinion, any acknowledgement that accidents might be partly the fault of the resort, as opposed to the individual skier, could result in costly judgments against them in cases of injury or death.

At present, there are no political efforts under way in Colorado to change this system. That means, among other things, that ski resorts or industry groups such as Colorado Ski Country USA or the National Ski Areas Association will continue to be responsible for informing the public about deaths at resorts, even though they tend to release the smallest amount of information possible about each episode as a way of minimizing negative publicity. 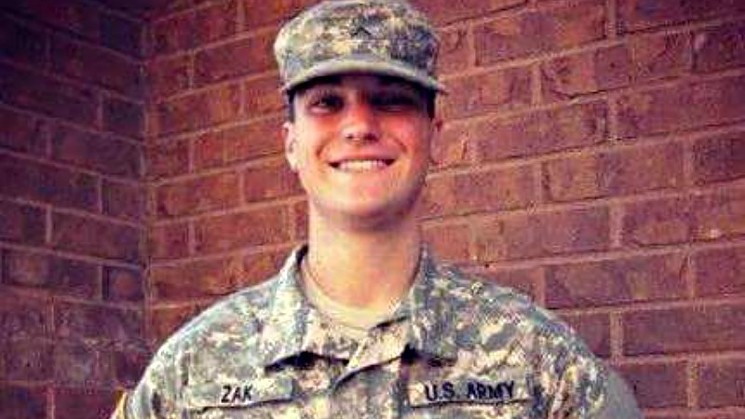 Collin Zak, a member of the U.S. Armed Forces, died after an accident at Monarch Ski Area on December 2 — the same day Nathan Enright was hurt at Keystone. Enright was removed from life support on December 5.
Facebook
Likewise, resorts haven't funded any studies looking at whether too little or too much snow lead to more serious skier accidents — because of the liability issue, Gregorie feels. Since he's unaware of scholarly work on this subject from independent parties as well, he can't point to statistics showing the connection between snow levels and the rate of injuries or deaths. So he's left to rely on his years of experience closely monitoring ski-industry safety to inform his opinion.

For that reason, Gregorie thinks ski areas "ought to have safety plans that make adjustments for low and high snow conditions — and high snow conditions put you at risk of avalanches, which are not an infrequent occurrence in Colorado. But last year, the Colorado Supreme Court ruled that avalanches are to be considered an inherent risk of skiing — which basically means the resorts can't be held responsible for injuries or deaths from avalanches. And that's a really crazy position to take, because it removes any inherent reason to try to prevent avalanches. Just because something is an inherent risk doesn't mean it can't be mitigated. But by absolving resorts from responsibility, the court has removed all incentive for them to do anything. If you don't have consequences, people tend not to be as conscientious."

Without any information definitively showing that a lack of snow increases risks or has no effect at all, folks are left to decide for themselves if they should strap on their skis despite the lack of snow or wait until conditions are better. But Gregorie, who is considering bringing the SnowSport Safety Foundation to Colorado to produce the same kind of online report card his organization has produced for resorts in California and Nevada (click to see the grades given out thus far), urges caution during times when the white stuff is scarce.

According to him, "It's just common sense."