Hold On, Please: Five New Messages for the Airport Train 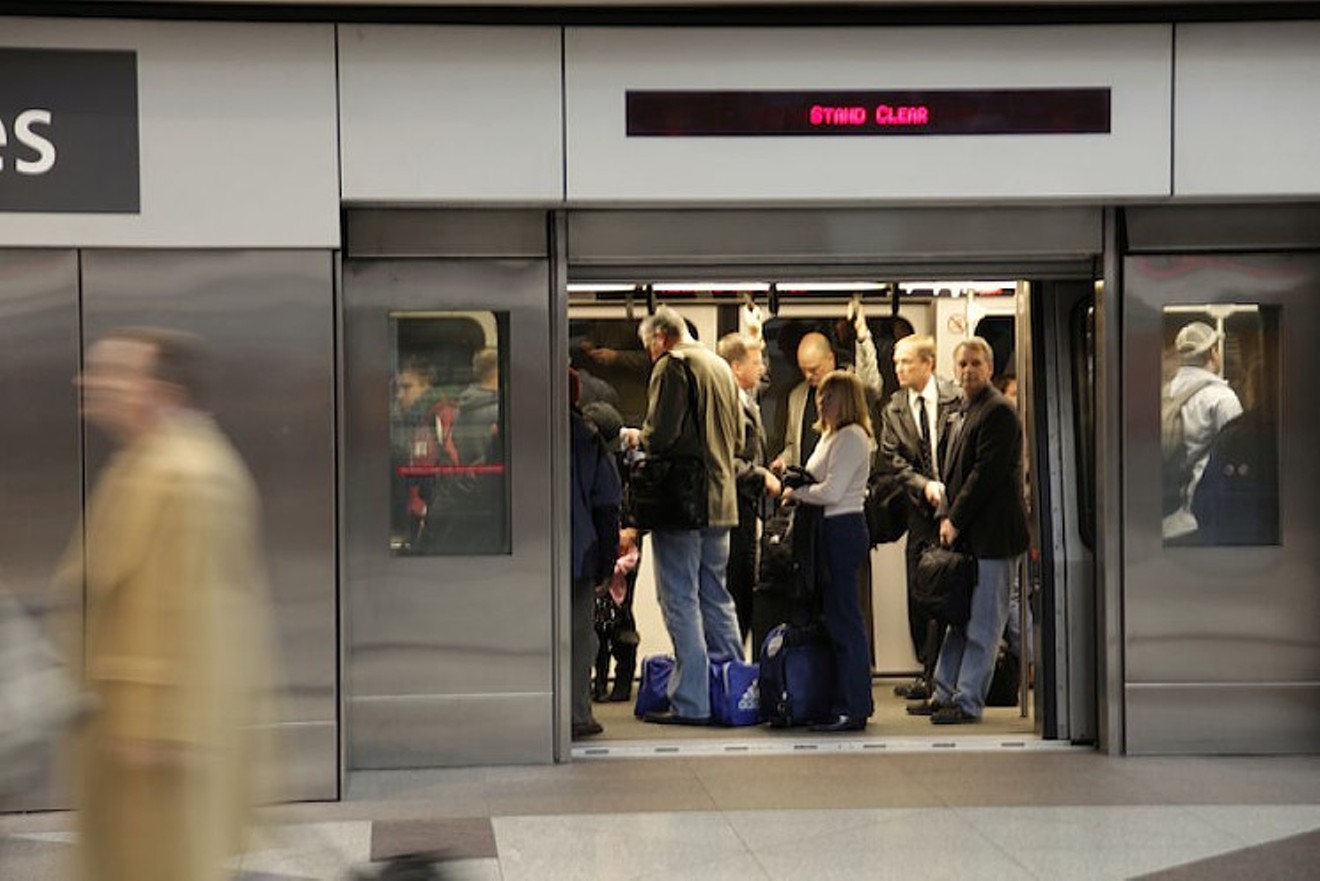 flydenver.com
“The doors are closing.” The baritone voice kept stating the obvious, growing ever more bossy as passenger after passenger squeezed onto a train at Denver International Airport Sunday night. “YOU are delaying the departure of this train.”

“Oh, shut up,” said the man who’d just pushed his way aboard the crowded car.

That bossy voice belongs to Alan Roach, a former Denver sports announcer who moved to Minnesota last year. Its female counterpart belongs to former 9News anchor Adele Arakawa, who retired to Phoenix this summer.
They are only the second pair of announcers in the 22-year history of the airport train; the first were Pete Smythe, the folksy personality who’s flown up to that great radio mike in the sky, and Reynelda Muse, Denver’s first female African-American anchor, who relocated to Indiana soon after being chosen for the august honor at DIA. 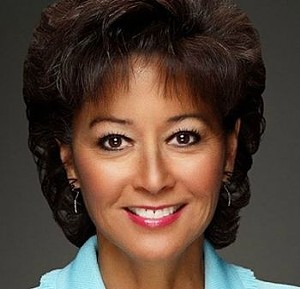 Adele Arakawa, gone but not forgotten.
KUSA
Those instructions are part of “Train Call,” a piece commissioned by the city in 1994 for $29,700 from Denver-based sound artist Jim Green; the work also includes the merry music of dozens of chimes. Since the airport secured the rights from Green to record new messages, various celebrities have welcomed visitors to Colorado — but so far, only four voices have issued those bossy orders.

With their last announcers departing the station, airport officials will soon choose a new voice for the train, perhaps even hold a competition to get just the right Colorado representative, one who might even stick around the state. But first, the messages themselves could use some work. Of course the doors are going to close; that happens all the time on elevators, and riders don’t need a huffy reminder to avoid being chopped in two.

The airport should ditch those bossy announcements altogether, and instead create more welcoming, useful introductions to this city. Here’s a starter set of five:

Get your lip balm here.
Westword
5. Welcome to Denver. Remember, the air is dry here; you’ll want to stock up on lip balm and tissues in one of the many convenient concessions stores that cram the airport.

4. Welcome to Denver. Yes, recreational marijuana is legal here...but the nearest store is miles away. Check the trash bins right outside of security for a quick fix, since outgoing travelers may have had to surrender their stash.

3. Welcome to Denver, the Mile High City, and we had that nickname before marijuana was legalized. Back then, alcohol was the vice of choice...and at 5,280 feet, it packs a big wallop. Find out how big by stopping in one of our many fine airport bars. Don’t you wish there were more?

Room for more concessions, but not that arty floor.
Ferrovial.com
2. Welcome to Denver. After exiting the train, take a look at the Great Hall under the iconic tent roof before grabbing your bag. Now imagine it after a $1.8 billion renovation. Don’t miss the inlaid floor: That art piece by Jaune Quick-to-See Smith and Ken Iwamasa is definitely going, but imagine how much space that will free up for T-shirt shops.

1. Welcome to Denver...ish. Yes, the airport is still 25 miles from downtown. Sorry about the cost of the cab rides, but you can always take the A Line. Just beware of the doors on that train....