Exactly What Is Happening to Denver's Urban Camping Ban? 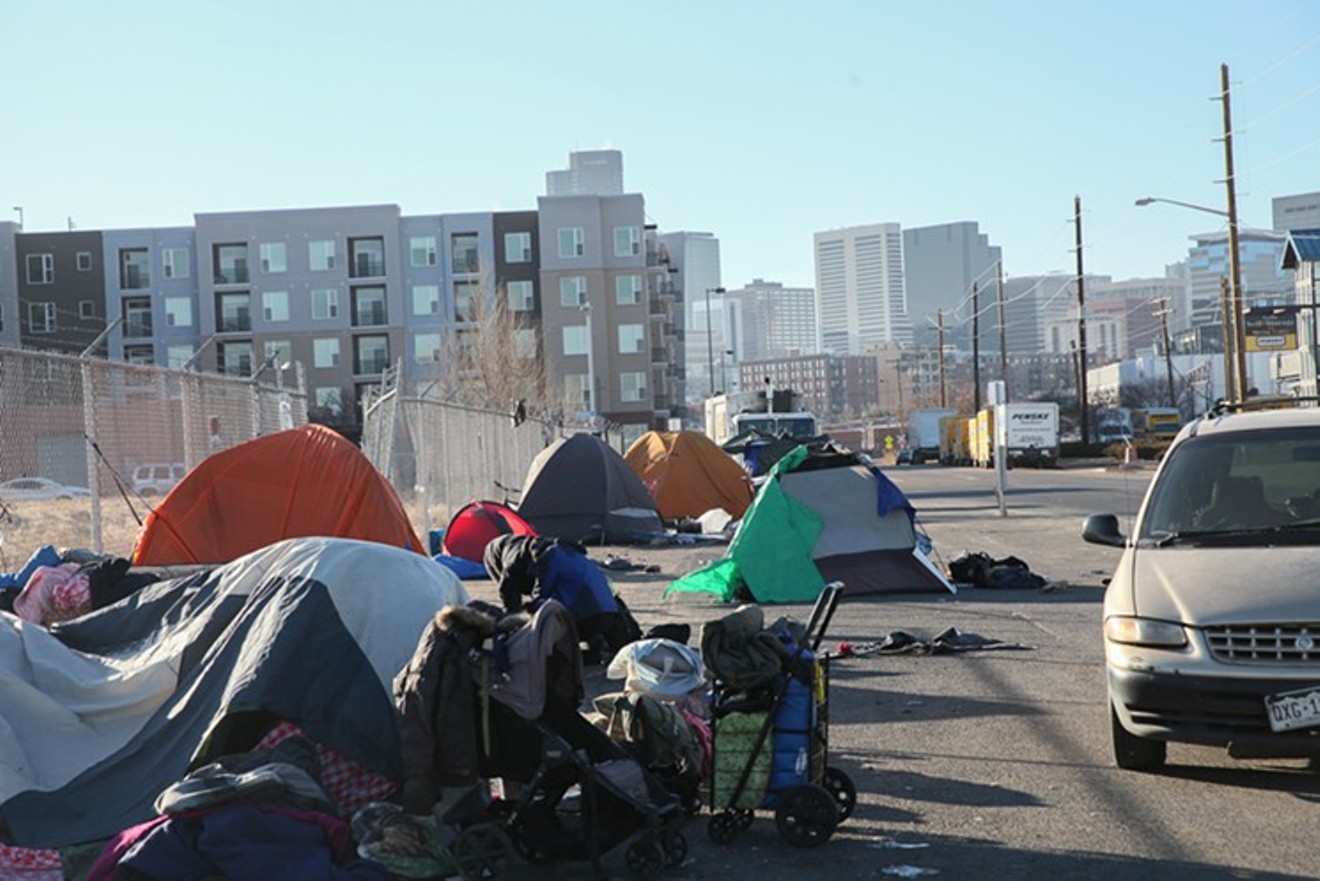 Denver's camping ban is currently on life support. Brandon Marshall
For the first time since its inception in 2012, the city's unauthorized-camping ordinance, commonly referred to as the urban camping ban, is on life support. Denver County Court Judge Johnny Barajas ruled the ban unconstitutional on December 27, finding that it violates the Eighth Amendment's prohibition on cruel and unusual punishment.

But just because the ban, which prohibits people from sleeping on public property, was declared unconstitutional, doesn't mean it's necessarily dead. In fact, an upcoming appeal by lawyers for the City of Denver ensures that the ban remains in effect. And how that plays out in the coming months will be complicated.

On December 30, lawyers from the Denver City Attorney's Office filed a notice of appeal of Barajas's ruling, a legal formality that precedes a formal appeal. The appeal itself will come in the next few weeks, and it could take up to a year, if not longer, to be decided, according to Andy McNulty, the lawyer from the Killmer, Lane & Newman law firm who took on the city in the case.

In the meantime, the notice of appeal ensures that the camping ban remains on the books, since the move stays the judge's original ruling. So the camping ban is likely to live on for at least another year.

And yet the city is treading lightly when it comes to enforcement. Since the ruling last week, Denver police have not enforced the ban, even though it could still do so legally.

"We, as a city, are collectively weighing next steps as what to do with that," Ryan Luby, a spokesperson for the city attorney's office, says about police officers ticketing and arresting those who refuse to move their tents or sleeping bags and move into shelters when asked to do so.

Luby adds that the city will continue its enforcement of other ordinances related to unauthorized camping, "such as anything that has an imminent threat to public health and safety," Luby says. For example, park curfews will remain intact.

Prior to the December 27 ruling, the camping ban faced its most substantial test during the May 2019 election, when an initiative that would have reversed the ban was on the ballot. The Right to Survive was rejected by an overwhelming majority of voters and was opposed by Mayor Michael Hancock.

Hancock and former city councilman Albus Brooks originally promoted the urban camping ban to get more people into shelters, a point the mayoral administration raises in relation to the most recent court decision.

"Denver’s approach to assisting people living in homelessness — which is overwhelmingly supported by the public — is to address their needs indoors in a dignified and compassionate fashion. We do not believe outdoor encampments are healthy or safe, and the Unauthorized Camping Ordinance has proven to be an effective tool to connect people with services, including overnight shelter, of which there are typically a couple hundred vacant beds each night," Michael Strott, a spokesperson from the mayor's office, wrote to Westword in a statement.

But homeless-rights activists and people experiencing homeless have consistently argued that the shelters are inadequate and even dangerous.

"If we start seeing enforcement again, it's because Mayor Hancock made the conscious decision to enforce an unconstitutional law," McNulty says.
KEEP WESTWORD FREE... Since we started Westword, it has been defined as the free, independent voice of Denver, and we'd like to keep it that way. With local media under siege, it's more important than ever for us to rally support behind funding our local journalism. You can help by participating in our "I Support" program, allowing us to keep offering readers access to our incisive coverage of local news, food and culture with no paywalls.
Make a one-time donation today for as little as $1.