Reader: There's Nothing You Can Do to Fix It...That's Just the ’Fax "Signs of the Times: Motels Along East Colfax" 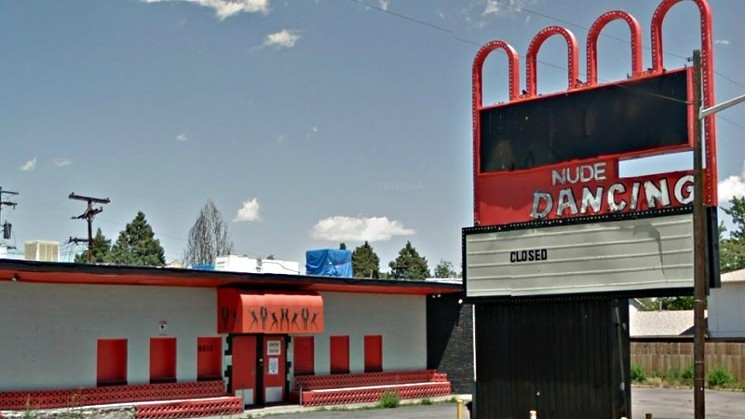 The remains of PT II's, at 8315 East Colfax.
Google Maps
"How a Shuttered Strip Club Can Help Denver's Most Embattled Neighborhood"

"East Colfax has the lowest income level, the lowest education level and the highest unemployment level of any neighborhood in the city," says Susman, who represents the area. "It's only four blocks from Lowry and five blocks from Stapleton, but it's kind of a forgotten place. So we're trying to put some attention there."

Susman doesn't want the city's efforts to improve the lives of East Colfax residents to result in current residents being displaced. Low-income folks have gravitated to the neighborhood "because it has some of the most affordable housing in the city — and we want to protect that," she says. "As we restore Colfax to its main-street glory, we worry that it might push people out. But we want to assure that there will still be affordable housing in the area."

What do you think of East Colfax? Let us know in a comment or at [email protected]