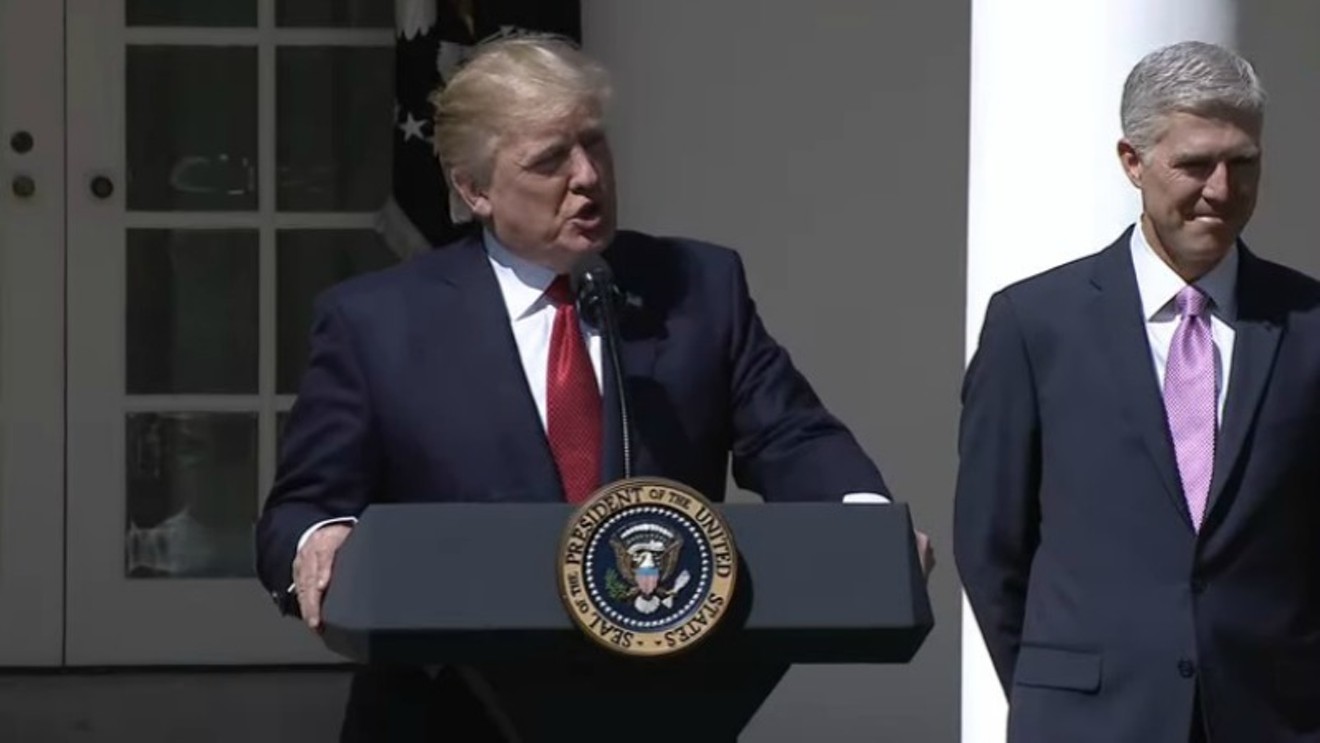 President Donald Trump and Neil Gorsuch at today's swearing-in ceremony. White House via YouTube
Update: Neil Gorsuch has just been sworn in as the latest justice on the U.S. Supreme Court at a White House ceremony today, April 10, following a rambling introduction by President Donald Trump, whose many shout-outs included Colorado Senator Cory Gardner. Gorsuch is the second Coloradan to serve on the country's highest court.

The previous Colorado product on the court was the late Byron "Whizzer" White. Here's how we described White in a 2012 post about the most famous people to die in Colorado.


Nicknamed Whizzer, White put the lie to the stereotype of the dumb jock. He was one of the finest athletes in the history of CU-Boulder, and went on to play in the NFL before opting for the law over football. He was appointed to the U.S. Supreme Court by John F. Kennedy in the early 1960s and remained on the bench until his retirement in 1993. He died in Denver from complications of pneumonia in 2002 at age 84, but he's remembered every day by locals going into a certain local courthouse named in his honor.

At the time of his appiontment, White was expected to be a reliable Democratic jurist. After all, he'd served as Colorado state chair for Kennedy during the 1960 campaign. But over his years on the court, his rulings tilted ever more rightward, to the point that he became a part of many conservative coalitions. 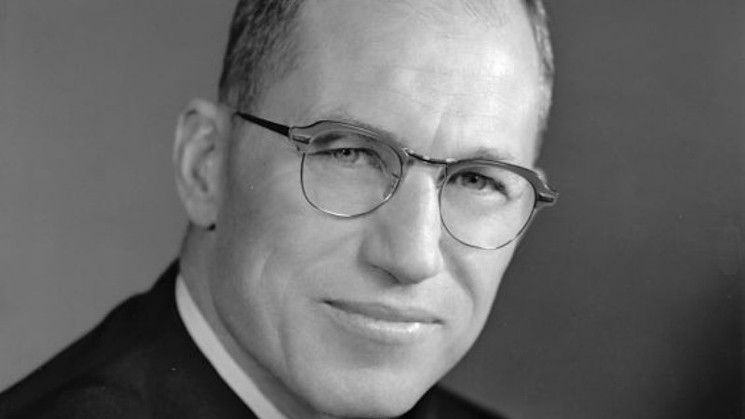 The late Byron "Whizzer" White.
constitutioncenter.org
Is it possible that Gorsuch will undergo a similar ideological shift during his time with the Supremes? Right now, that seems unlikely, which is why the Dems made the showy but futile gesture of filibustering his confirmation vote in the Senate. As a result, the Republican majority opted for the so-called nuclear option, eliminating a longtime Senate rule that required sixty votes to overcome a filibuster against a Supreme Court nominee. Unless this rule is changed back by the Senate down the road, a simple majority is all that's needed to squelch a Supreme Court-related filibuster, virtually guaranteeing that less-centrist candidates will be put forward in the future.

In the short run, Gorsuch isn't expected to shift the balance of the court to a radical degree, since the man he's replacing — Antonin Scalia, who died in early 2016 — was an unbending conservative. For now, then, the main difference is likely to be stylistic. Scalia wasn't one for compromise or internal politics, but Gorsuch is seen as more of a consensus-builder — and these skills could make him more effective, if less of a firebrand, than Scalia.

Therefore, the more important Supreme Court nomination will be the next one — if, that is, it's one of the more liberal justices who dies or steps down. At this writing, Ruth Bader Ginsberg is 84, Stephen Breyer is 78 and frequent swing vote Anthony Kennedy is eighty. Democrats are no doubt praying that all of them remain in good health until at least early 2021, after the hoped-for defeat of President Donald Trump.

And if Trump wins a second term? The court could be locked into conservatism for a generation.

Continue to see our previous item about Gorsuch, focusing on six claims made about him in advance of his confirmation hearings. 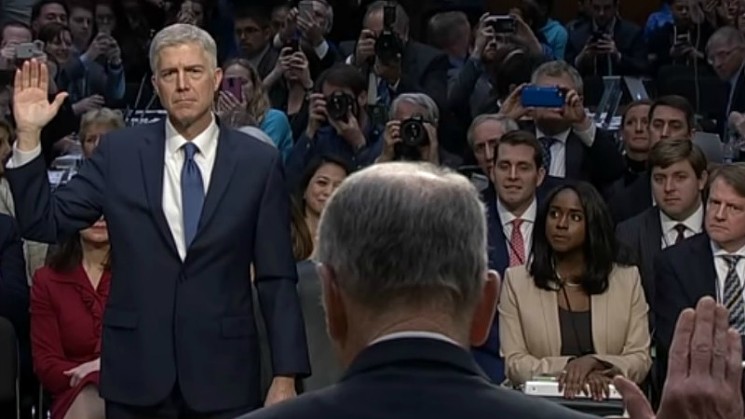 Neil Gorsuch being sworn in at his confirmation hearing.
C-SPAN via YouTube
Original post, 7:05 a.m. March 20: Are all the terrible things people have said about Supreme Court nominee Neil Gorsuch true? Or are they falsehoods intended to undermine him for political reasons?

Today's start of confirmation hearings for Gorsuch, whom President Donald Trump has nominated to fill the late Antonin Scalia's seat on the court, takes place against the backdrop of claims aplenty about the Colorado-born jurist, some absolutely outrageous.

Below, we take a look at six alleged facts about Gorsuch and let you know whether they're true, false or somewhere in between.

Gorsuch claimed to have served as founder and president of the "Fascism Forever" club in a blurb from his Georgetown Preparatory School senior yearbook, as seen in the image below.

Snopes.com
However, there's no evidence the club ever existed. The mention appears to have been a joke, albeit one that should keep you amateur psychologists out there busy.

More fun with old yearbooks: The quote from Kissinger, which appeared in Gary Allen’s 1976 book Kissinger: The Secret Side of the Secretary of State, turned up alongside Gorsuch's photo in his 1988 Columbia University annual, as seen in this Twitter image: 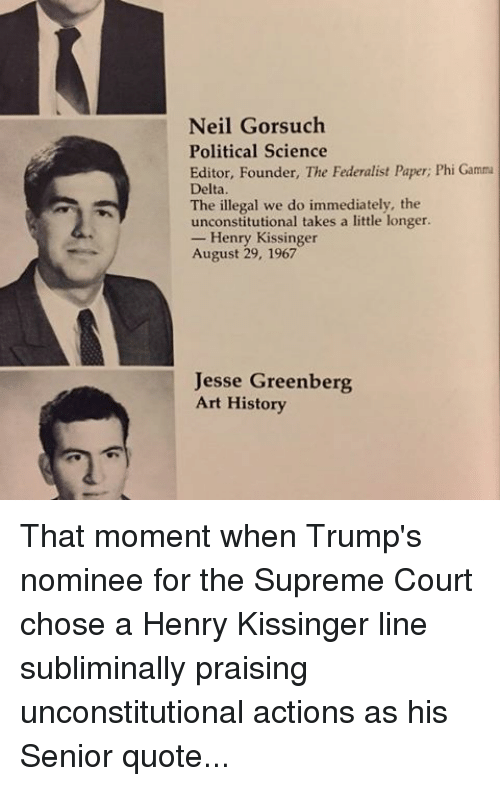 Twitter
Initial speculation suggested that the image was a fake, but Snopes.com determined that it's legitimate. Of course, it may also be a joke along the lines of the fascism-club reference. But if so, it's certainly an ironic one given the gig for which Gorsuch was nominated. 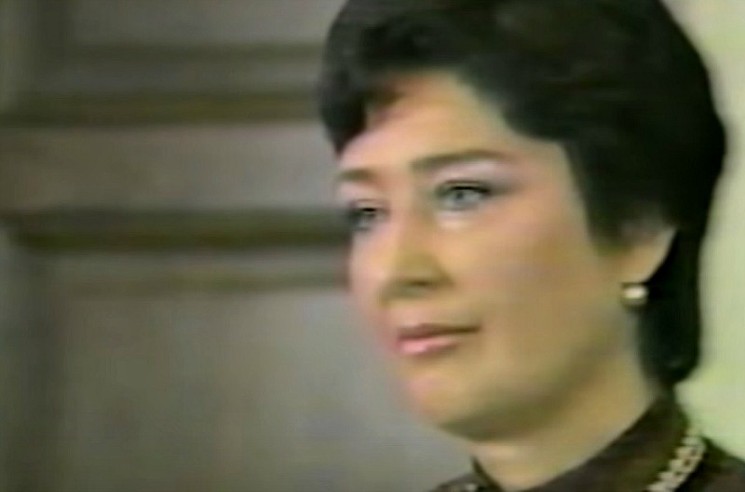 Anne Gorsuch Burford.
YouTube file photo
Anne Gorsuch Burford, Neil's mother, was the first female head of the Environmental Protection Agency, and the controversy that surrounded her while she was in the post is similar to that being experienced now by current EPA head Scott Pruitt. After all, her critics, like his, argued that she actually had contempt for protecting the environment, which would seem to have been a major part of her responsibilities.

Gorsuch Burford eventually left the agency amid a 1982 dust-up over alleged EPA mishandling of a $1.6 billion toxic-waste fund. When Congress asked for documents related to the issue, Gorsuch Burford refused to provide them, maintaining that the paperwork was protected under the concept of executive privilege. Congress responded by citing her for contempt.

When the administration of her boss, President Ronald Reagan, subsequently acquiesced and supplied the documents, Burford Gorsuch resigned in a huff and was quoted as saying, "It was getting to the point where I couldn't do my job anymore."

Continue to learn if three more claims made about Colorado-born Supreme Court nominee Neil Gorsuch are true or false.


Claim: Neil Gorsuch might have never become a federal judge without help from a Colorado billionaire

Phil Anschutz.
Free Lunch Photography
This week, the New York Times published a piece headlined, "Neil Gorsuch Has Web of Ties to Secretive Billionaire," which traces his connections to Colorado's own Phil Anschutz.

Turns out that Gorsuch represented Anschutz as an outside counsel last decade and is a partner in Walden Group LLC with Cannon Harvey, who handles venture-capital matters for Big Phil. (Walden Group shouldn't be confused with Anschutz's film company, Walden Media, which has made films such as the recent sap-fest A Dog's Purpose — but the name probably wasn't chosen at random.)

Anschutz wrote a personal letter to President George W. Bush's counsel touting Gorsuch's judgeship and noting that he'd talked to Colorado Senator Wayne Allard about the matter. Lo and behold, Gorsuch was nominated — the first step on his path toward becoming a Supreme Court hopeful.

Claim: Neil Gorsuch said he was in favor of the "separation of the white and black races"

Snopes.com
After Gorsuch's nomination, a couple of racist lines he supposedly uttered in 2012 began circulating via Twitter. The comment: "Our clear goal must be the advancement of the white race and separation of the white and black races. This goal must include freeing of the American media and government from subservient Jewish interests."

In actuality, the deliverer of these words was David Duke, onetime grand wizard of the Ku Klux Klan. They date from 1978.

Nonetheless, civil rights attorney Jordan Kushner, who went to Columbia with Gorsuch, maintains that the nominee's racial views fell short of enlightened back in his college days. "He had something against every progressive cause," Kushner said in a recent interview. "He criticized divestment movements, he criticized the protest against gentrification…. He was hostile toward issues involving racism, back when he wasn’t trying to lay the groundwork to try and become a federal judge."

Claim: Neil Gorsuch was unanimously confirmed to a federal court by Congress in 2006

Gorsuch at his introduction as Supreme Court nominee.
YouTube file photo
This one calls for a little interpretation. Gorsuch's nomination to the 10th Circuit Court of Appeals prompted so little opposition that he was actually confirmed by a voice vote. It's possible, then, that some members were less than enthusiastic about him — but if that's the case, they didn't speak up loudly enough to have been noticed in any reports about the process.

We're guessing many Democrats will be less shy this time around.