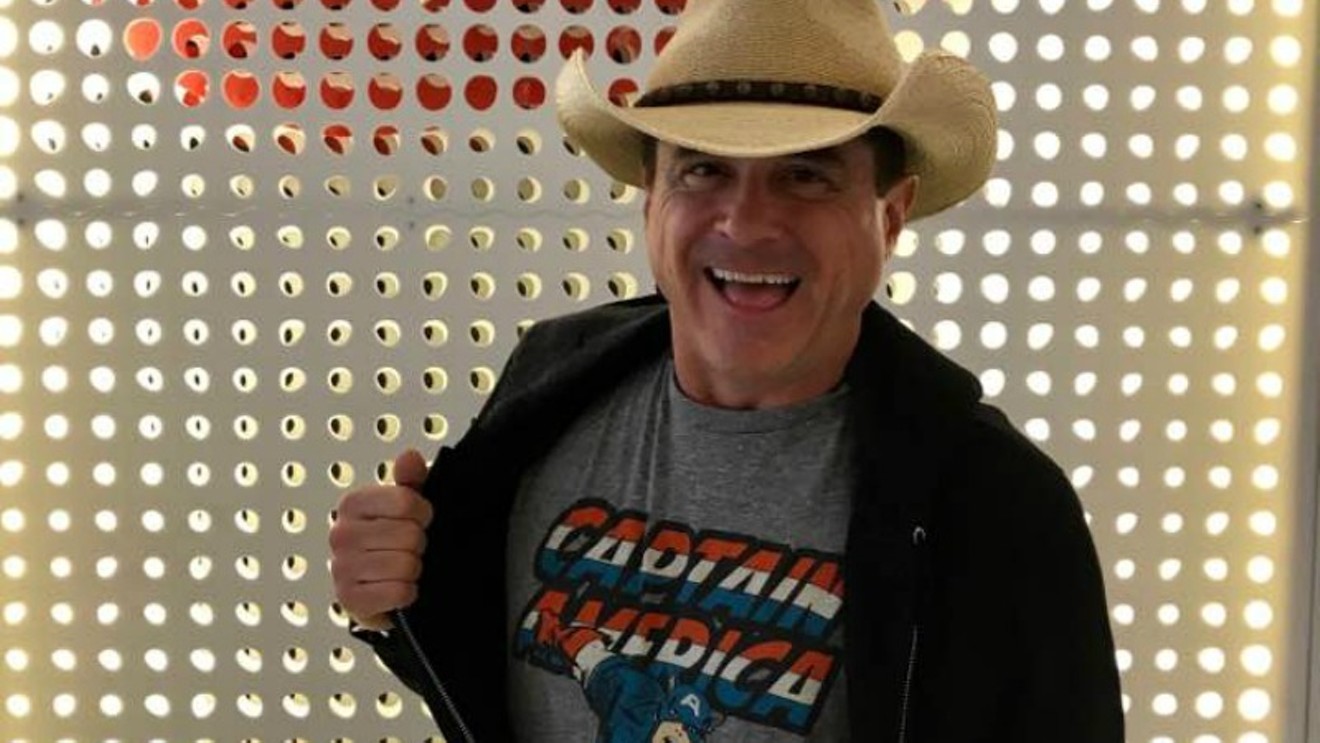 Police say Michael Webber wasn't satisfied with just removing his jacket. Facebook
Michael Quin Webber was recently busted on suspicion of indecent exposure after being found walking the streets of Aspen completely naked. He allegedly had white powder caked under his nose at the time of his arrest, and he told the officer who fitted him for cuffs that he'd been seeing snakes. The cop soon discovered that he's a registered sex offender.

This description checks more than enough boxes for Webber to earn our latest Schmuck of the Week nomination.

In February 2007, according to the Marin Independent Journal, a California publication, Webber, then 44, pleaded guilty to a pair of sexual-battery counts related to an October 24, 2005, incident involving a forty-year-old woman from Santa Cruz. Prosecutors said the woman had gone on a date with Webber in San Francisco, after which he took her home, restrained her, took off her clothes and sexually assaulted her while holding his hand over her mouth.

The Journal quoted Webber's attorney admitting that his client "may not be the most sympathetic person," given that his primary means of support was a trust fund. However, he insisted that Webber was "living a sober life" and had already enrolled in a program designed to help batterers change their behavior.

In the end, Webber received a suspended sense of three years and eight months in state prison — but he was required to register as a sex offender.

Ten years later, this designation doesn't seem to have cramped Webber's style. Recent posts on his Facebook page include a photo of him sitting astride a wine barrel as if it were a horse, with one finger pointed skyward and his mouth forming what appears to be a boisterous "Yeah!" And then there's the video of him comically motorboating the (covered) breasts of a laughing woman during a patio party.

Although Webber's full-time residence is listed as Santa Monica, Facebook items over the past few weeks have included plenty of Aspen mentions. An example is a May 15 post that includes this selfie.... 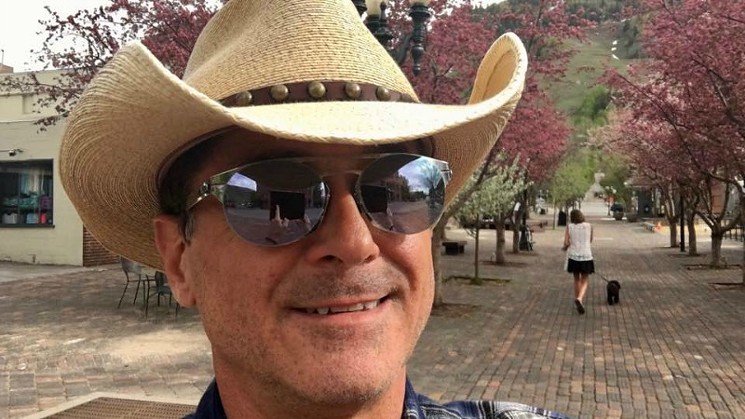 Michael Webber posted this selfie shot in Aspen on May 15, just over a week before his arrest.
Facebook
...and a note that reads: "A month ago I was skiing that mountain & I vividly remember these trees in little white lights. Aspen gets progressively better & I intend to do it all. I got a place here so now I can tell people I live in Santa Monica & Aspen. I always smile when I say that. Some wise person said, 'If it always makes you smile, buy it or marry it.' Bring good energy into the world and the universe will reward you. I deserve this."

Whether he feels he deserves more attention from the law is an open question — but there's no doubt someone who saw him outside Aspen's Gant Hotel, at 610 South West End, thought he did.

A police report obtained by the Aspen Times reveals that emergency dispatchers at the Aspen Police Department received a 911 call about a nude man near the Gant at around 10:30 a.m. on May 24.

Upon his arrival, an Aspen officer was asking a fellow city employee where to find the naked dude when Webber came sauntering up to his vehicle.

"Upon contacting the male, asking him to explain what was going on, he relayed that he was seeing 'snakes,'" the report reads, adding, "Webber appeared to be extremely agitated."

The powdery substance beneath Webber's nostrils may have been a factor in his state. Paramedics subsequently determined that "he appeared to be under the influence of something," the report points out.

After getting Webber a blanket, so that the other citizens of Aspen could go about their day without being distracted by his assorted blessings, the officer discovered his sex-offender past. In addition, Webber told him that he'd rented an apartment in the city to use when he came to town — and the amount of time he spent there could result in another charge against him.

How so? Under Colorado law, the Times reveals, a sex offender who's been in Colorado for fourteen consecutive days out of thirty must register with the state.

Webber won't exceed this time period because of an extended stay in an Aspen hoosegow. After his arrest, he was promptly released, and during the wee hours of May 31, he shared the photo at the top of this item and the following note: "Taking a red eye to Bermuda for the America's Cup to support...well...America. I'm not a Captain but I'm going to play one on the yacht I chartered. This IS on my bucket list!"

If getting a new mug shot is, too, he's having a helluva month. Here's a look at that booking photo. 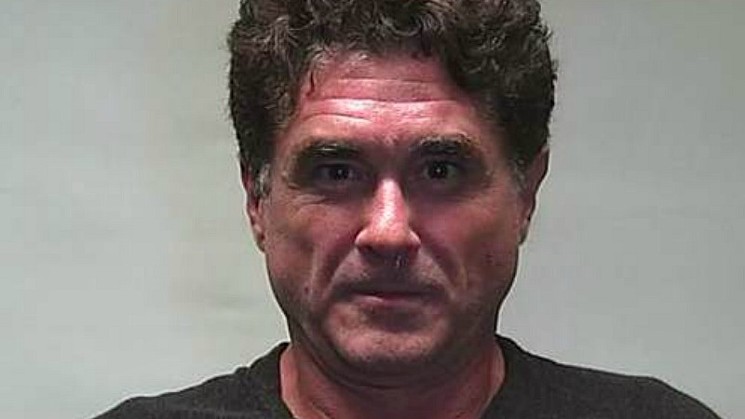 Michael Quin Webber's latest booking photo.
Aspen Police Department via the Aspen Times
KEEP WESTWORD FREE... Since we started Westword, it has been defined as the free, independent voice of Denver, and we'd like to keep it that way. With local media under siege, it's more important than ever for us to rally support behind funding our local journalism. You can help by participating in our "I Support" program, allowing us to keep offering readers access to our incisive coverage of local news, food and culture with no paywalls.
Make a one-time donation today for as little as $1.