Come Together Denver is the name of a bench on the 16th Street Mall that encourages strangers to speak to each other. Meet in the Street
Today, July 8, marks the beginning of the Meet in the Street Prototyping Series sponsored by the Downtown Denver Partnership. On every Saturday through August 26, proposals to improve, grow and celebrate the 16th Street Mall will be displayed along the strip, which will also host special events.

Ideally, the proposals will be innovative and daring. In case they're not, we've come up with our own ideas that Denver could use to bolster the usability and attractiveness of the 16th Street Mall.

Cute and not scary at all.
Edward Kimmel/Flickr
10. Expand the Mounted Police
There are lots of everyday hassles (and sometimes violence) along the 16th Street Mall. As much as Denver loves its bikes, it's tougher to strike fear in the hearts of evil-doers if you're a cop on a two-wheeler. If you're up there on horseback? C'mon; it's a no-brainer. Budget cuts have reduced the mounted-police presence downtown; they're only there some days of the week at this point. But more of them could mean a better overall experience for mall-goers. And let's face it: Horses are just cool, especially for an old cowtown like Denver. We like to fancy ourselves one of the eastern fronts of the Wild West — Queen City of the Plains and all that — and horses just go with the reputation.

Wash that shit.
dannebrog/Flickr
9. Power Wash the Whole Damn Thing
Maybe daily. It's pretty filthy as an area, and it doesn't have to be. If Disney parks can clean up after bajillions of kids and their related detritus every day, then the 16th Street Mall can at least keep the crap off the sidewalks. And by that, I mean literal crap. On the sidewalks.

Imagine being able to enjoy the 16th Street Mall with a beer in your hand?
Ditty_about_summer/Shutterstock
8. Make It More Alcohol-Friendly
Colorado has this wonderful law that allows communities to set up entertainment districts and allow common consumption between designated businesses. That means being able to walk from one bar or restaurant to another one down the street, and drink in hand. It's not as rare as you might think, and Vegas has built an industry on the idea. It wouldn't need to be completely up and down the 16th Street Mall, but having an area that could be artfully sectioned off so that adults who want to imbibe can do so with ease would be a boon to the area.

Hell, Denver itself could use more diversity.
Rawpixel.com/Shutterstock
7. Diversity
Especially during tourist hours, the Mall is one of the whitest places in the metro area, perhaps with the exception of Stapleton, where whiteness is mandated in the HOA. (That's a joke — it's not in the HOA, just in the yoga-panted hearts of too many residents who look askance at anyone who'd seem out of place at an REI sale.) Denver prides itself on cultural diversity. As such, the 16th Street Mall should be the place we show that pride. Perhaps more multicultural events would do the mall some good.

Public restrooms might improve the mall's smell.
Studio C/Shutterstock
6. Public Bathrooms
If you're going to ask people to come out, you have to give them a place to go. The Mall can't depend on local businesses to provide facilities for the general public — what we end up with are hand-scrawled signs on most doors saying "Bathrooms Are for Paying Customers ONLY," which is less than welcoming. Might public facilities be costly to create and maintain? Possibly, but there are options (like the initiative currently providing the trailer-restrooms downtown), and it's important to remember: It's not a want, it's a need. When you gotta go, you gotta go. 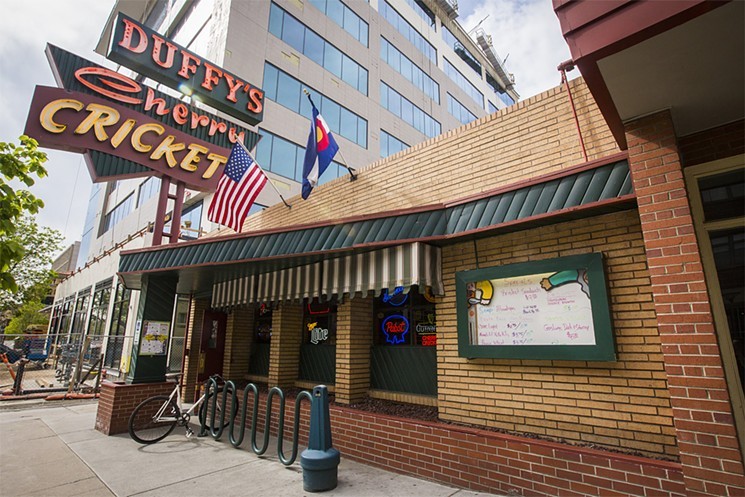 We'd eat Cherry Cricket burgers off the 16th Street Mall.
Danielle Lirette
5. More Local Restaurants
We need destination places, not chains we could find at any outlying mall anywhere in the good ol' US of A. Do we need another Cheesecake Factory? Another Chili's? Another Subway, Jimmy Johns or Starbucks? No, we do not. What we need are local eateries that show off who we are here in Denver. A Liks ice cream, a Cherry Cricket, a Jack-n-Grill. Hell, ask Pete to open up a satellite Kitchen. There are places that suggest Denver, and there are places that suggest generic American city. The 16th Street Mall needs to be full of the former.

A local store like BookBar would be a nice break from the chaos of the mall.
BookBar
4. Likewise, More Local Shops
Look, just about everyone who loves downtown is excited about the prospect of the Target opening up — so this isn't about slamming the big-box stores. Frankly, Denver needs a grocery store downtown, too, and when that finally happens (and it will), it's not going to be a mom-and-pop place. But the 16th Street Mall is so lousy with tourist stuff that it's squeezed out almost any reason for locals to go there. Denver needs to attract some of the best of our small businesses to expand there. How cool would a BookBar on the 16th Street Mall be? Wine, books, readings...you can't go wrong.

Let's make the 16th Street Mall scary on purpose.
Aaron Thackeray
3. Festivals
Sure, there are some (Zombie Crawl, you're creepy, but we love you), but not enough. Civic Center Park could use the assist in hosting some of the events Denver likes to welcome, and Cherry Creek is getting a little long in the tooth and more obnoxiously chi-chi by the day. (And speaking of too many white people, if Stapleton wants a run for its monochromatic money, Cherry Creek would like to remind it that they were snotty and exclusive when Stapleton was still just an airport in short pants.) The 16th Street Mall should be considered a venue for events like 5Ks, rallies, Oktoberfests and other celebrations. Make it party central, on purpose. 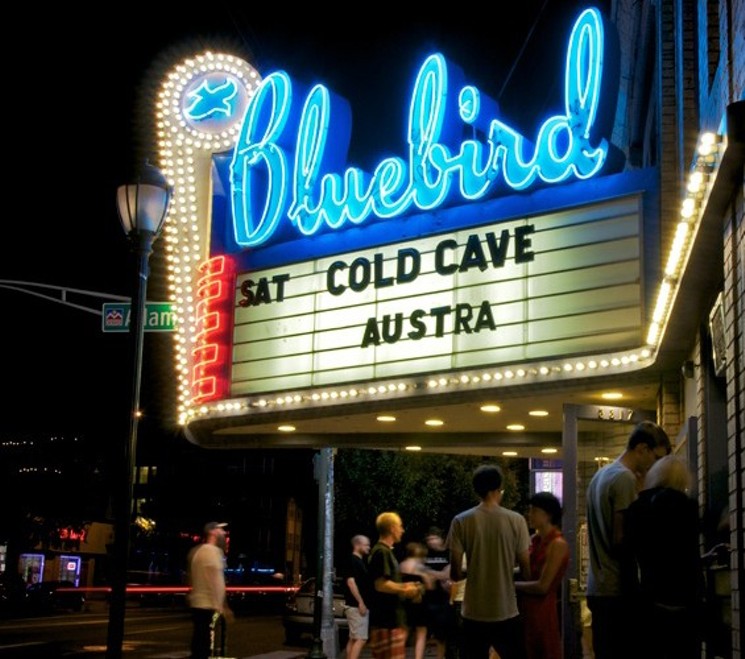 Colfax knows what's up.
Stephen Cummings
2. Lights
It doesn't have to be Times Square, but Denver's downtown used to be a lot more lit than it is today, back in the day. Old photos reveal a plethora of neon signage and theater marquees and suggest that Denver knew how to light up the night even when it was a lot tougher to do so. Why that changed is up for debate: light pollution, increased residential presence, the power bill got too high — whatever. Lights are gorgeous. Lights inspire. Lights illuminate both event and memory. More on the 16th Street Mall would be welcome.

The pianos are a nice touch. Let's do more of that.
Westword
1. Pianos, Game Tables and Seating
There are some things that the 16th Street Mall does right, like the public pianos, just waiting to be played. It's beautiful that you can play a quick game of checkers or chess at some of the tables. It's good that there are chairs and assorted seats so that people can just sit and relax and people-watch and enjoy the views of the mall itself. We want more of that, more of the simple charms.