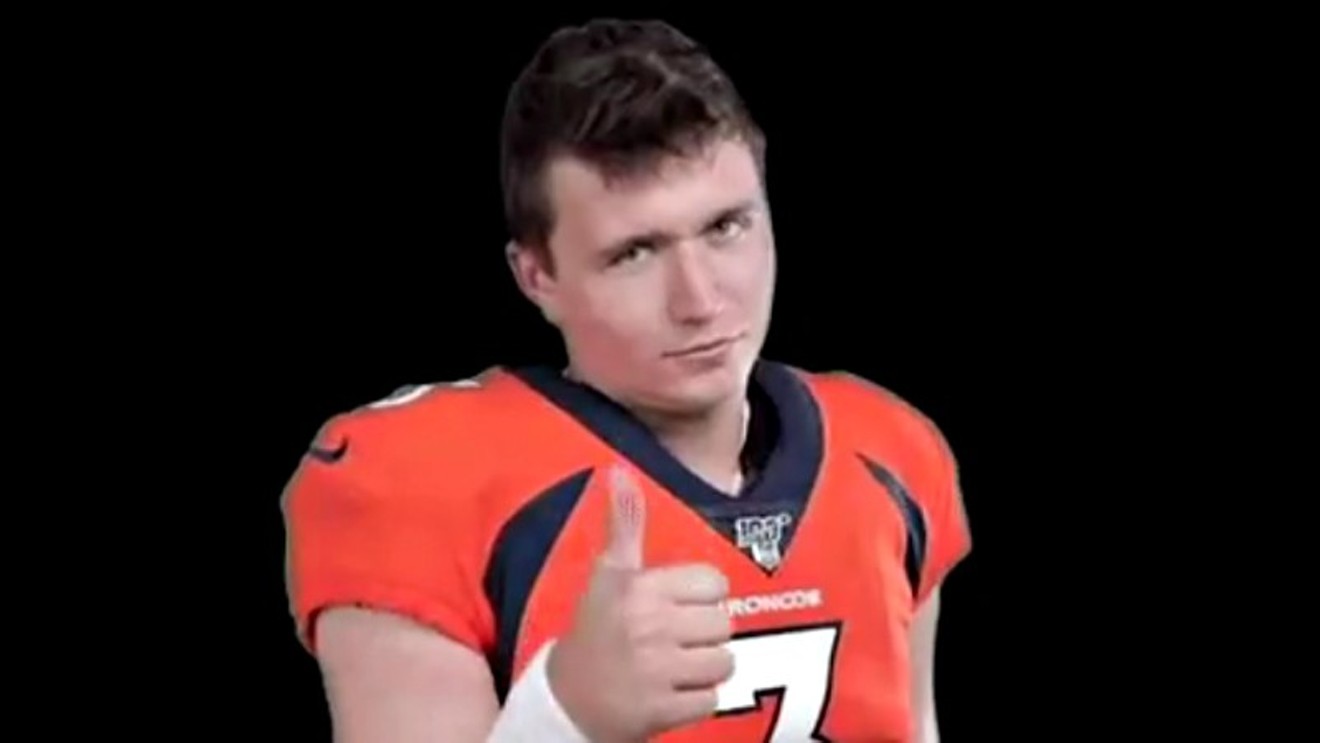 Drew Lock's thumb seems to be in working order. @FanpageLock

I will not watch another Broncos game this year if they don’t play Drew Lock. We need to find out if he’s the guy. The product on the field is embarrassing right now. #Broncos #PlayLuck

If the @Broncos don’t start Drew Lock next week, this coaching staff is officially more incompetent and dysfunctional than the Vance Joseph regime. Gotta see what we got in the kid. Absolutely no reason not to. No other QB gives us any better chance to win. pic.twitter.com/Pa2dUQRlwJ

Live footage of me trying to understand why Drew Lock is not starting the next @Broncos game pic.twitter.com/uLh7lgOamn

Saying the Broncos should play Drew lock doesn’t make u a Lock fan it just means there’s nothing negative that can come out of him playing. 1. He plays well and team wins, u have a qb still a decent pick 2. Plays well and loses, have a qb and a great pick 3. Plays bad, well #5 pk

FIRE THIS MORON #Broncos HC Vic #Fangio said he “hasn't even thought about” the idea of playing QB Drew #Lock next week.

I had to DVR the Bronco game today. Watched at 2x speed and it was still more attention than that pile of garbage deserved. I'm embarrassed to be a @Broncos fan. Play Drew Lock. Tell us you are even *mildly* compentent.

It may be time for Drew Lock to take over for this Denver Offense. They might as well as they have nothing to lose and it’s could be good for him to get the experience but ultimately it comes down to what Vic, Elway and the @Broncos think. #ThatsmyQB #drewlock @DrewLock23 pic.twitter.com/VyG5UCoQlF

I want to see Drew Lock out on the field. Brandon Allen isn't helpful to the Broncos O.

Yes. This is likely one of the factors that may go into the Broncos giving Drew Lock a chance. If he's healthy, and everything suggests he is, this seems like the time. https://t.co/dwiM43wPhK

Until the Broncos SOLVE THEIR QB ISSUE. I don't care if the 97-98 offensive line is blocking for Siemian, Allen, Or Keenum..... you're going to be a 4-7 win football team. Brandon Allen isn't the answer. Get Drew Lock on the field and give your offense a perhaps better chance

Drew Lock absolutely needs to start. The broncos will be in a position to get a top player, and they need to know if they need to pick from the top QBs.

It’s so fun watching #broncos fans run and hide, after watching their team get smacked in the mouth! Talk shit all week, then be complete bitches. Comical. But! Fear not, they tell us Drew Lock is their savior! #GoBills

Fellow Broncos fans, Drew Lock is not the savior for this franchise!!