Reader: Anyone Who Can Add and Multiply Knows PERA Isn't and Can't Be Sustainable 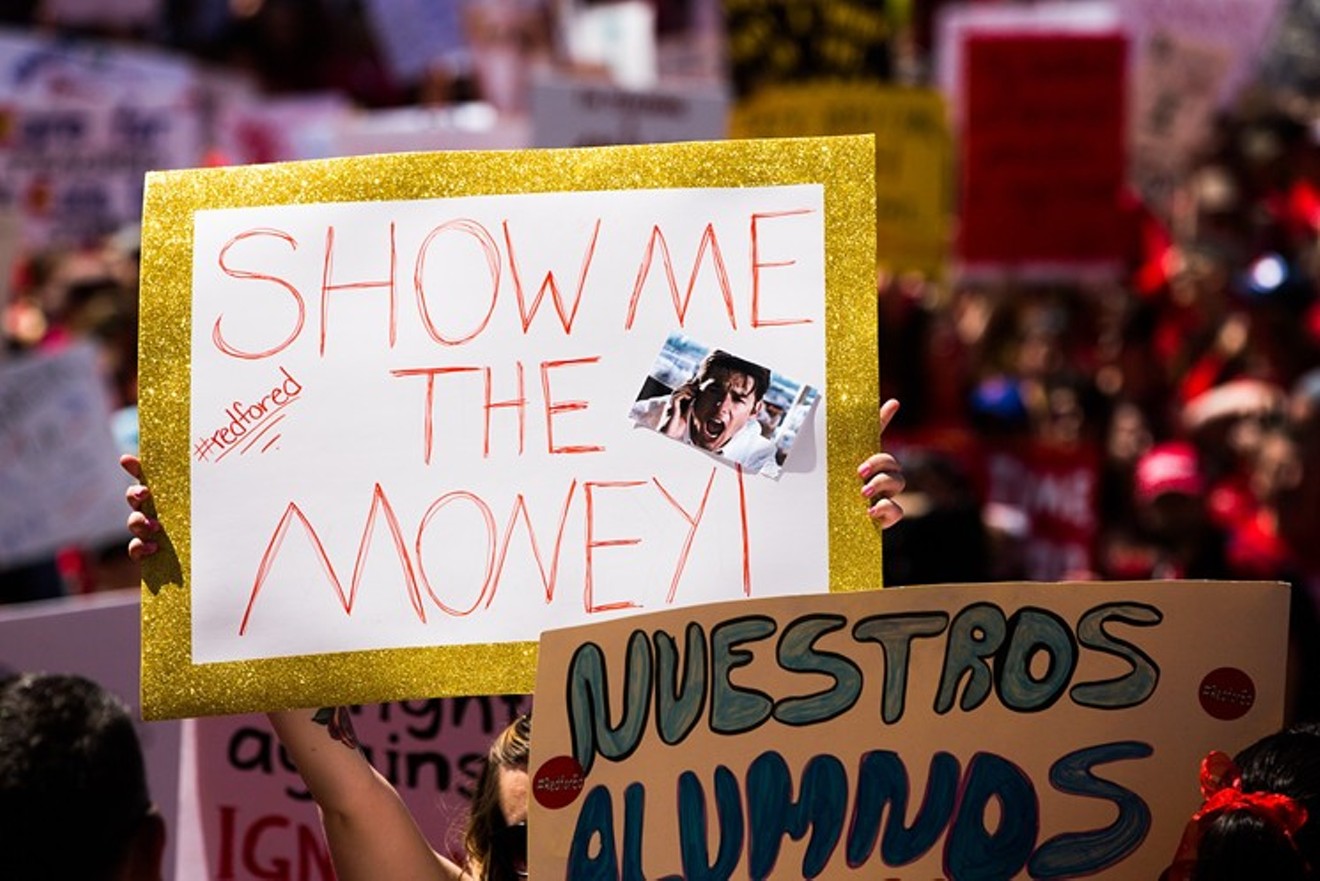 Heather Fairchild
One of the most important — and controversial — bills to come out of the 2018 session will reform PERA, the Public Employees Retirement Association, which supports public-sector retirees in Colorado. As David Sirota has pointed out in a series of articles for Westword, PERA is fraught with problems, including large payouts to Wall Street.

Readers have their own take on the system. Says Chris:


Anyone that can add and multiply knows PERA isn't and can't be sustainable.


Maybe it would be if the legislature had funded it as it was supposed to, and much of the money wasn't going to hedge funds.


So all of us are supposed to contribute to YOUR retirement? Even fully funded it will still collapse under the weight of future retirees.


Good. Get a real job and save for your retirement don't suck on the teat of the taxpayer your whole life.

Keep reading for links to Sirota's stories about PERA.

More teachers protesting at the Capitol.
Heather Fairchild
"Why Is PERA in High-Fee, High-Risk Investments?"

The PERA reform bill includes language designed to give lawmakers more information about controversial investments that have delivered hundreds of millions of dollars in fees to Wall Street firms.

The narrow disclosure language in the pension bill — which still keeps fee details hidden from the general public — was added following our investigation showing that in recent years, PERA has paid more than $1 billion in such fees even as the pension fund has delivered returns that significantly trail a low-fee stock index fund.

The bill slashes cost-of-living increases and requires higher pension contributions from educators, firefighters, cops and other public-sector workers covered by PERA. The changes — opposed by the state’s largest teachers' union and approved after recent teacher protests at the Colorado State Capitol — were designed to shore up the finances of PERA, which faces a $32 billion gap between what it has promised retirees and what it has in the bank.

What do you think of PERA reform? Comment on this post or email [email protected]
KEEP WESTWORD FREE... Since we started Westword, it has been defined as the free, independent voice of Denver, and we'd like to keep it that way. With local media under siege, it's more important than ever for us to rally support behind funding our local journalism. You can help by participating in our "I Support" program, allowing us to keep offering readers access to our incisive coverage of local news, food and culture with no paywalls.
Make a one-time donation today for as little as $1.