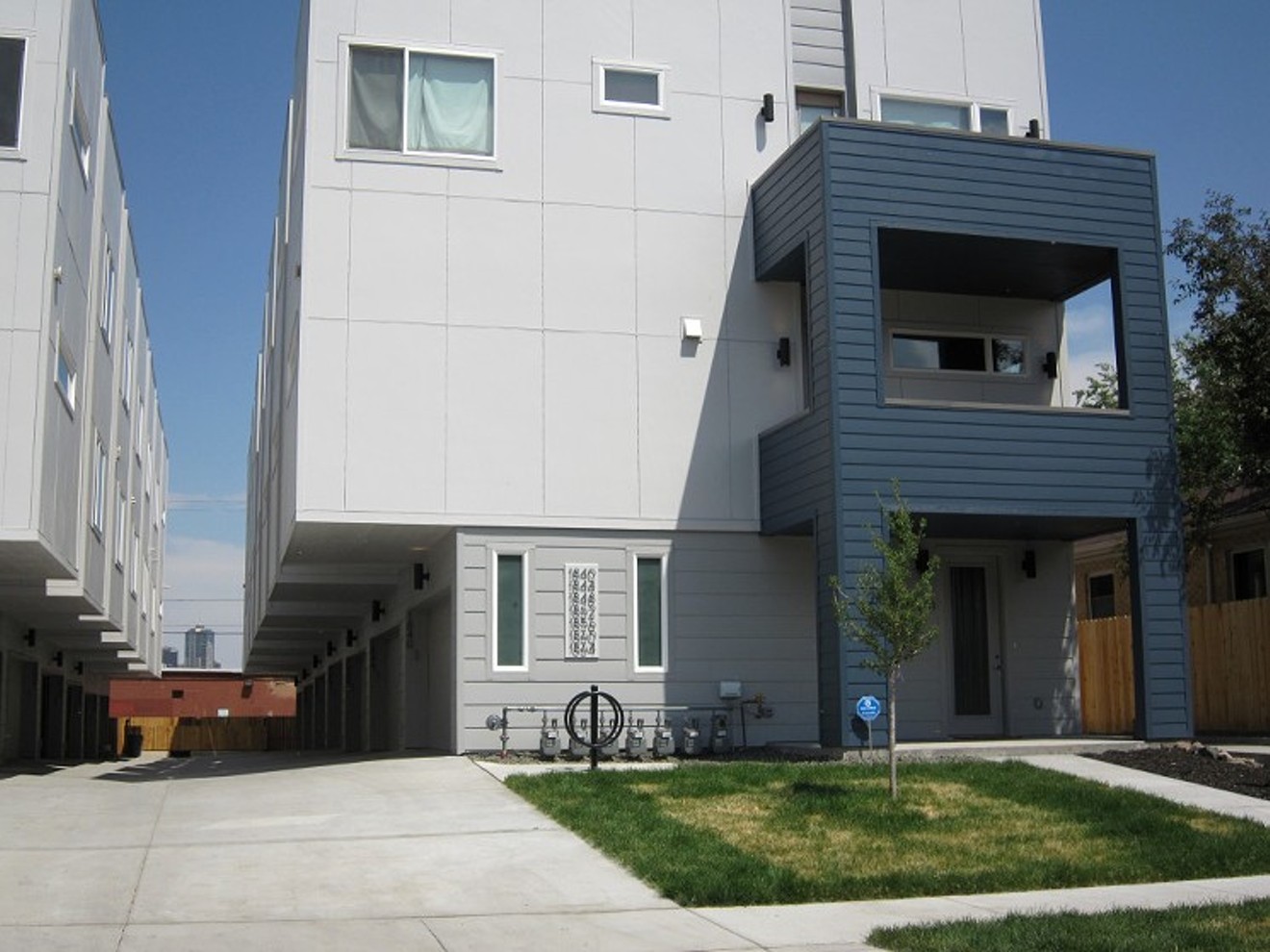 Photo by Christine Franck courtesy of CUDenverCarta.org
Just before a Denver City Council committee approved a moratorium on slot-home construction last week, Councilman Rafael Espinoza told us about efforts the city has made to curb construction of the controversial homes or two multi-unit buildings on a single lot.

"Since day one, it's been the core concern of the task force to address what we've been hearing from the community — that these homes are very destructive in the public realm," Espinoza said. "They're turned to the side with an unoccupied ground floor where we once had windows and porches, and they've gone primarily into communities that were historically pedestrian in character and had a lot of traditional street orientation of the buildings. There were better solutions available, but why would you do the right thing when you could sell whatever you put up?"

Though they're on hold for now, readers are still peeved that so many slot homes were able to be built in Denver. Other argue they should be able to do whatever they want on their property. Ben asks:


The real question is who’s paying 700k for them?


Simple solution…don’t buy one or live in one. I’ll never understand why people insist on using the government to push their tastes onto their neighbors.


We live in the historic Five Points neighborhood and our home was built in 1886. As a student of architecture and interior design, I appreciate when new builds at least pay some sort of homage to the style of the area and blend with the aesthetic of the hood.

And since the front doors are usually facing away from the street (not that people use them, since they'll just drive into their ground-level garage and enter their units that way), and the actual living spaces are up high, there's no neighborhood interaction.


My property, my rights.


Keep reading for stories about slot homes and Denver development.

Developers have noticed the public backlash against slot homes, Espinoza continued, but Denver building codes "lacked clarity. Building forms were being used under the code in ways that were never intended. Certain zoned districts had a limited number of buildings on them and would allow an apartment form — and even though these clearly weren't apartments, there was no limit on the number of the structures."

He added that "one of the false arguments against slot homes is that it was all about increasing density in neighborhoods — and that if we took away slot homes, we'd be losing density. But the reality is, every one of these spaces could have a much more dense apartment building in the traditional sense. This has been a unique manipulation of current standards and low-hanging fruit for the developer. So our draft was intended to address a sort of gaping loophole that was being used. But unfortunately, it was a very complicated problem, which is why it took so long to address."

What do you think of slot homes? Development in Denver in general? Post a comment or email your thoughts to [email protected]