Why People Are Coming to and Leaving Colorado 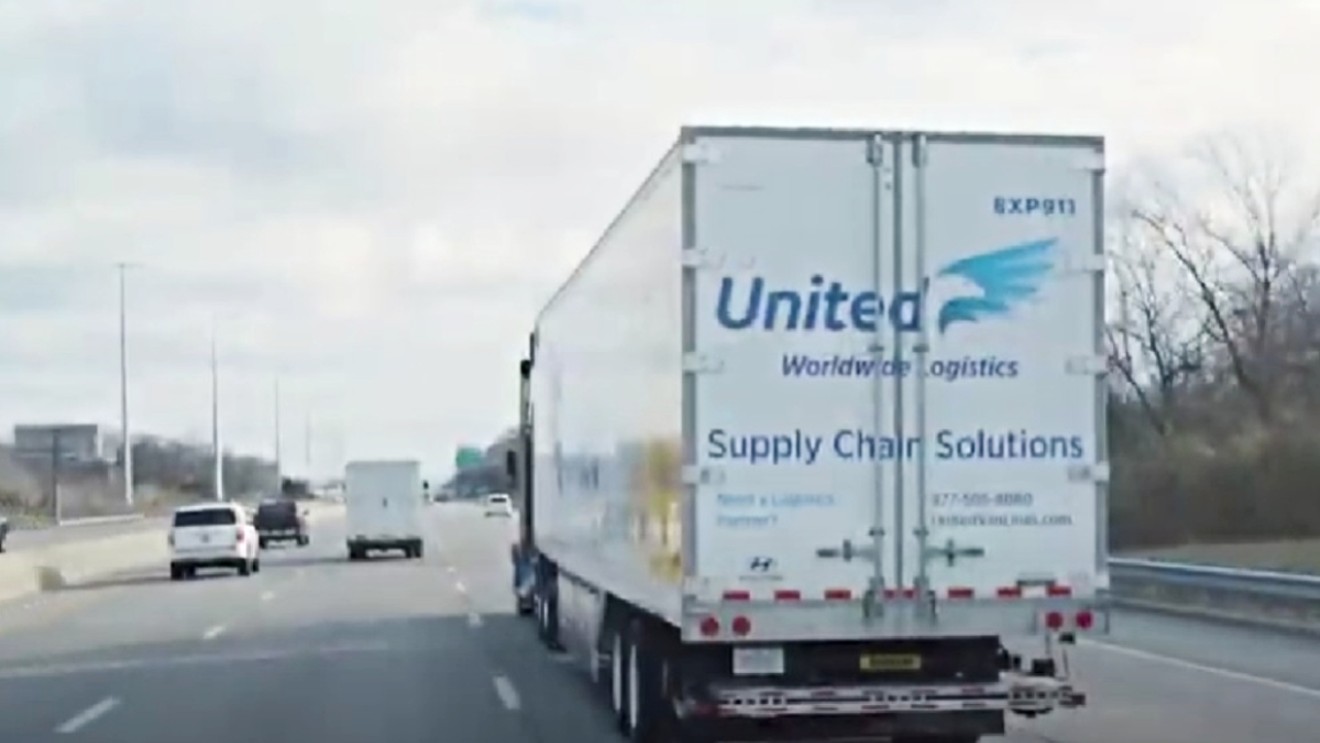 United Van Lines via YouTube
According to recent studies, a large percentage of transplants to the state of late are rich — or as they might prefer, "comfortable." But a new analysis by United Van Lines shows that the high cost of living here is also inspiring residents to leave Colorado.

Earlier this summer, the financial website SmartAsset highlighted the states where high-earning households are relocating. Among destinations for individuals on the move with incomes of $200,000-plus (a bracket occupied by only about 7 percent of tax filers), Colorado finished seventh in the nation, with a net gain of 2,624 people in this category during 2020.

Plenty of these folks have settled in one of Colorado's ten wealthiest counties, as listed in a separate SmartAsset roundup. Many counties grouped near the top of the roster were mountain areas anchored by spendy resorts — and the top finisher, Pitkin County (home of Aspen), not only bested the competition in the state by a considerable margin, but finished as the fourth-richest in all of America, behind only Teton in Wyoming; New York, New York; and San Mateo in California.

The chart below lays out the details. 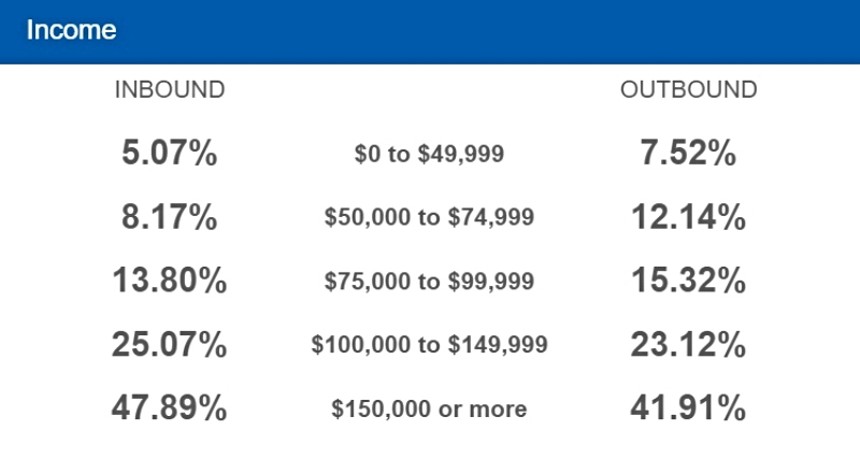 United Van Lines
Over half of the transplants landing in Colorado were age 55 or older in 2021, according to United Van Lines data. These results underscore demographic evidence that the state's population is growing older. For instance, U.S. Census Bureau numbers show that 39 of Colorado's 64 counties had fewer people under age eighteen living there in 2020 than in 2010.

Continue to see the percentage of those moving to or from Colorado by age: 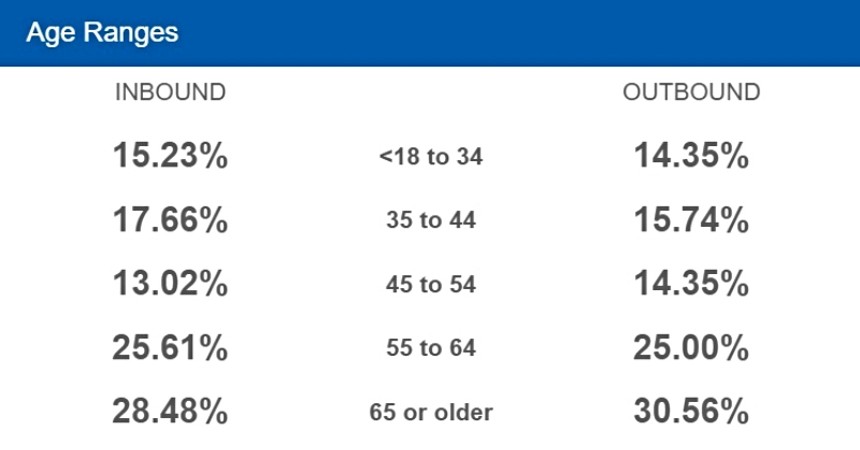 United Van Lines
A slightly higher percentage of people in the 55-and-above demo left the state than came here — and according to the study, retirement elsewhere was more popular than planning for golden years in Colorado during 2021. Although most of those moving — whether coming or going — were motivated by family or jobs, there was more than a 10 percent disparity between those seeking a better lifestyle — long one of Colorado's biggest draws. Only 4.14 percent of transplants chose the state because of cost, while 7.72 percent mentioned this factor as a motivation for splitting. 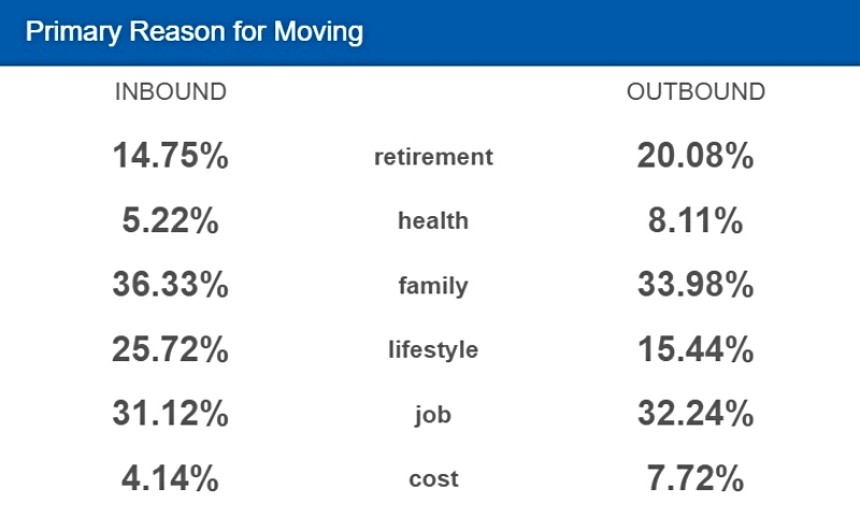 United Van Lines
Of course, rich people are less likely to be worried about expenses than are those with smaller bank accounts — so they can afford to be attracted to Colorado.
KEEP WESTWORD FREE... Since we started Westword, it has been defined as the free, independent voice of Denver, and we'd like to keep it that way. With local media under siege, it's more important than ever for us to rally support behind funding our local journalism. You can help by participating in our "I Support" program, allowing us to keep offering readers access to our incisive coverage of local news, food and culture with no paywalls.
Make a one-time donation today for as little as $1.