For plastic, click here. For paper, click here. To use your own bag, go to a real store. Andrew Hitchcock at Flickr
With the recent acquisition of Whole Foods by online retail giant Amazon, some significant changes are coming...and it’s not just because Jeff Bezos has a hankering for some $6 asparagus water. (Though $13.7 billion will buy a lot of asparagus water.) No one knows exactly how this corporate marriage is going to work, but it’s clear that neither juggernaut of modern corporate America will ever be the same again.

Here’s are eight ways your shopping experience may change in the coming months — and exactly what that means for your pocketbook, digital or otherwise.

You'll long to hear those four little words: May I help you?
That Other Paper at Flickr
8. The Brave New World of Never Talking to Anyone
In 2016, Amazon piloted a store in Seattle that used digital surveillance to charge shoppers for the groceries they picked up at an unmanned store by detecting what they were putting in their carts (their real carts, that is —wobbly left wheel and everything) and charging them directly to their Amazon accounts. Does this mean that shoppers will soon be able to spend a week’s pay on one shopping trip without ever talking to a smiling face in an apron? Possibly. The jury is still out on whether this is a good idea…unless you’re one of those smiling faces who’d like to keep their jobs.

Let's sit right here and talk about the virtues of Amazon Prime.
SounderBruce at Flickr
7. Another Push for Amazon Prime
Amazon has been working to promote Prime for a while: It's not just free two-day shipping on any order (which is actually pretty cool, when it works); it’s also streaming services and more. Expect that “more” to expand —maybe dramatically — now that Whole Foods will be included in the distribution chain. Want a kombucha delivered after lunch? Sure, we can do that. (Why in the world you’d want one is a whole other list.)

Uhhh...thanks, Walmart?
Mike Kalasnik at Flickr
6. Walmart Gets to Be Smug
The integration of the physical and digital marketplace, which Walmart (among others) has been working on for years now, is finally coming to both Amazon and Whole Foods — and quickly. Which will prove that Walmart, at least in that sense, has been heading in the right direction, spurring more corporate action of the same sort. What will Safeway and King Soopers (or, more precisely, their parent companies) do in response? Time will tell, but in the meantime, Walmart has some bragging rights. As if Walmart wasn’t already pretty insufferable.

Does this mean that one could buy Amazon cards with food stamps?
Mike Mozart at Flickr
5. The Amazon Arrow-Smiley Will Be on Everything
Branding is life in corporate America, and if you don’t think Amazon is going to slap its logo on every product in Whole Foods, then you haven’t been paying attention. But you will be soon — Amazon will make sure of that. First it’ll just be the logo, but pretty soon it’ll be product placement on MasterChef, where Gordon Ramsey will not-so-casually mention that all the food came courtesy of Amazon’s Whole Foods. And then he’ll berate everyone and call them donkeys, because that’s why people tune in to cooking shows in the 21st century.

Keep reading for more ways the Amazing/Whole Foods deal will affect us.


4. Customer Service Is So 20th Century
If you’ve ever had to reach a real live person at Amazon, you know that it’s a huge pain. Amazon goes to great lengths to avoid putting you in contact with a human being: The company offers e-mail options, vast databases of previously asked questions, even those live-chat things where you’re never sure if you’re talking with a person or a very canny retail version of that ELIZA early-AI program that could mimic an actual therapist. In short: With Amazon taking over Whole Foods, good luck getting anyone on the phone.

Somehow, the past is more charming painted on brick.
Porsche Brosseau at Flickr
3. Another Nail in the Coffin of Main Street USA
Downtowns all over America have been suffering for decades now; what used to be bustling streets with busy mom-and-pop storefronts have by and large turned into struggling areas with boarded-up windows, For Lease signs and a lot of broken, small-business dreams. Amazon moving into brick-and-mortar retail isn’t going to help; while Amazon’s Whole Foods is expected to negatively affect the numbers for grocery stores across the board, the small stores will suffer disproportionately. Your own personal Mayberry probably won’t ever be the same, but at least Bruce Springsteen might sing about it sometime.


2. Saving Money...Short-Term
Will Amazon embrace a low-price leader approach in high-end groceries, as it’s carefully courted for nearly every other sort of product on its website for years? Chances are good that attractive (read: lower) pricing is going to be at least a part of its overall strategy, and that might mean cheaper stuff in the short term — especially staples like milk and cereal and eggs and toilet paper. Oh, wait, I’m sorry: almond milk, Organic Puffins cereal, cage-free local eggs, and recycled toilet paper that has the approximate thickness of a shadow on the sidewalk. 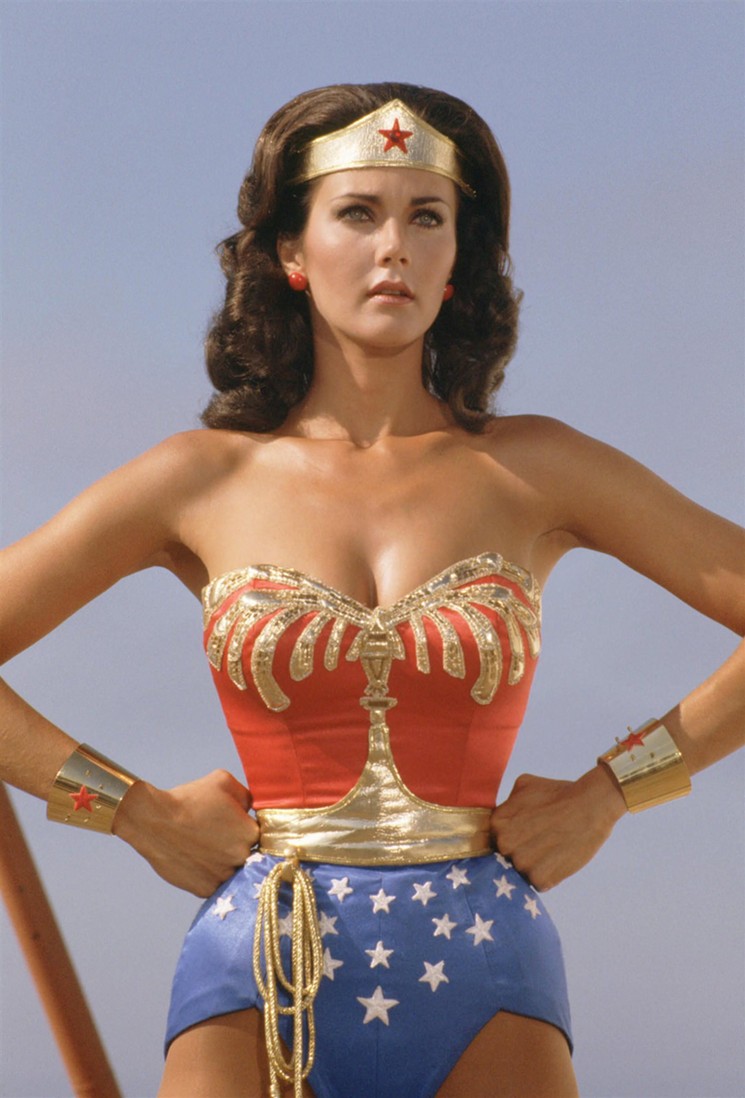 How the Lasso of Truth might affect pricing has yet to be determined.
Charlie Davies at Flickr
1. Amazonian Foods
If Amazon/Whole Foods could get Wonder Woman as its spokesperson, it would be a retail slam dunk. (And if you can’t get Gal Godot…Lynda Carter is just as perfect.)