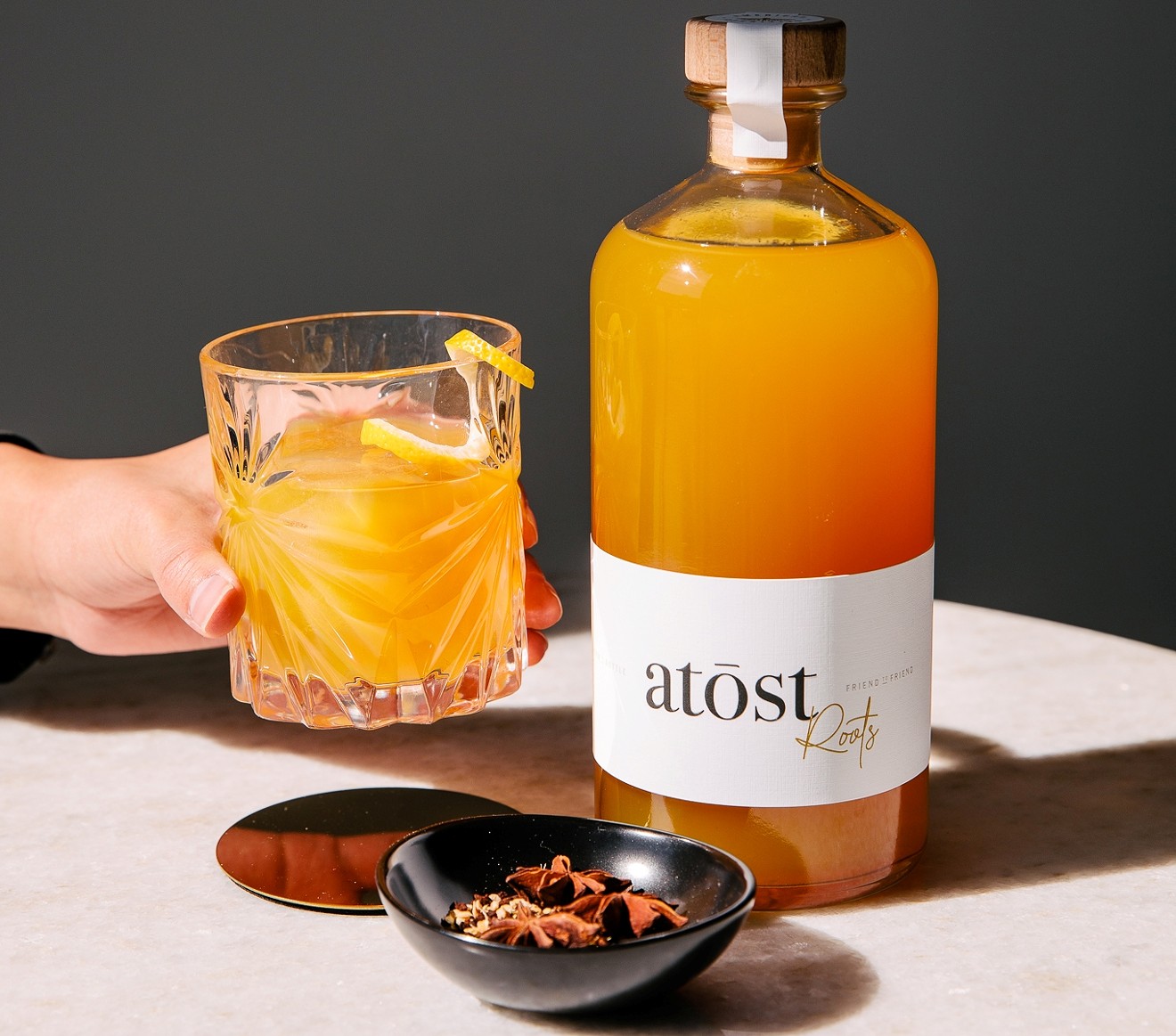 Atost is a new American aperitivo made in Golden. Andrew Miller

Cindy and Kyle Pressman moved to Colorado from California to launch a line of bottled vegetable and fruit superfood shots, but their minds soon turned to other beverages. The two consider themselves light social drinkers; Kyle was happy sipping whiskey and other spirits, but Cindy lamented how quickly her favorite white wines went bad after opening a bottle for just a glass or two and was bored with vodka sodas. So after much research and experimentation, they came up with Atost, which they call an American aperitivo that's "like a spirit for wine drinkers."

Kyle says he and Cindy both liked the idea of the French aperitif (or aperitivo, to Italians), many of which are simply poured over ice for a pre-dinner refresher. They decided to come up with their own blend of botanicals that would suit American tastes, since many European aperitifs tend to favor bitterness as the main component. While working on ideas, they met Chad Yakobson, founder of Crooked Stave Artisan Beer Project. They thought his expertise on brewing and combining unusual flavors would be a great fit for Atost, so they asked if he wanted to be a part of it. "We pitched him the idea, and he was on board," Cindy says.

Atost is more than just infused alcohol, so the Pressmans wanted an expert in fermenting and blending to get the right balance of booziness and flavor. "Chad has been an incredible mentor in fermentation, and we've been learning from the whole team at Crooked Stave," Kyle adds. 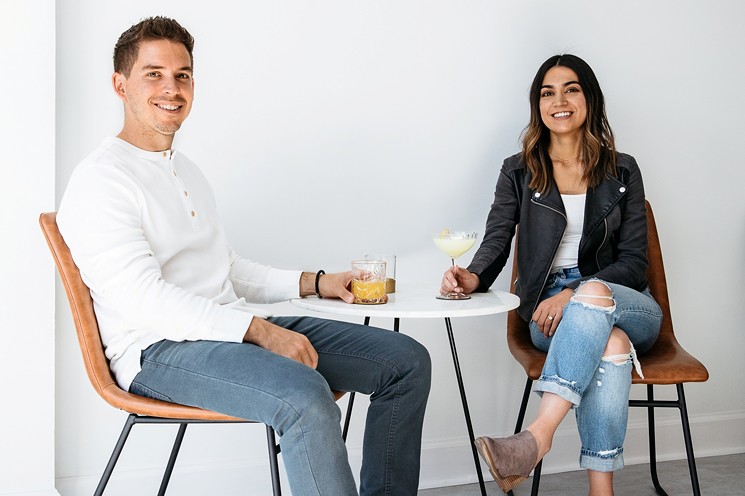 Kyle and Cindy Pressman enjoy Atost.
Andrew Miller
Yakobson came on as a partner and has helped formulate several new Atost products, which combine elements of winemaking and aperitif-style infusing. Each of the three introductory styles — Roots, Bloom and Citrus — start with a base of neutral grape spirits (made from distilling fermented grapes to a high proof) that Yakobson and the Pressmans infuse with a variety of ingredients. The result is blended with chardonnay wine that has undergone additional fermentation with honey and sugar. The result comes in at 21 percent ABV — strong for a wine, but mild for a spirit.

"We only use natural ingredients; there are no added flavorings or colors," Kyle notes, adding that the three styles "capture the whole life cycle of the plant."

Roots is made with ginger and lemon; Bloom get its flavor from rose, hibiscus and strawberry; and Citrus contains Tahitian vanilla in addition to orange and several unique lemon varietals that the Pressmans source from California as a nod to their own roots.

Atost — pronounced "a toast" — is more than a brand; it's also a tasting room located at 15810 West Sixth Avenue Frontage Road in Golden that's just now in its soft-opening phase and expects to be in full operation by November 1. "We're trying to celebrate the little moments, the intimate moments in life," Cindy explains. "We're also creating a range of modern cocktails that we'll serve in the tasting room."

You can order 750-milliliter bottles of Atost on the company's website, or stop in to sip an American aperitivo soon. Call 303-862-4996 for hours and details.
KEEP WESTWORD FREE... Since we started Westword, it has been defined as the free, independent voice of Denver, and we'd like to keep it that way. With local media under siege, it's more important than ever for us to rally support behind funding our local journalism. You can help by participating in our "I Support" program, allowing us to keep offering readers access to our incisive coverage of local news, food and culture with no paywalls.
Make a one-time donation today for as little as $1.