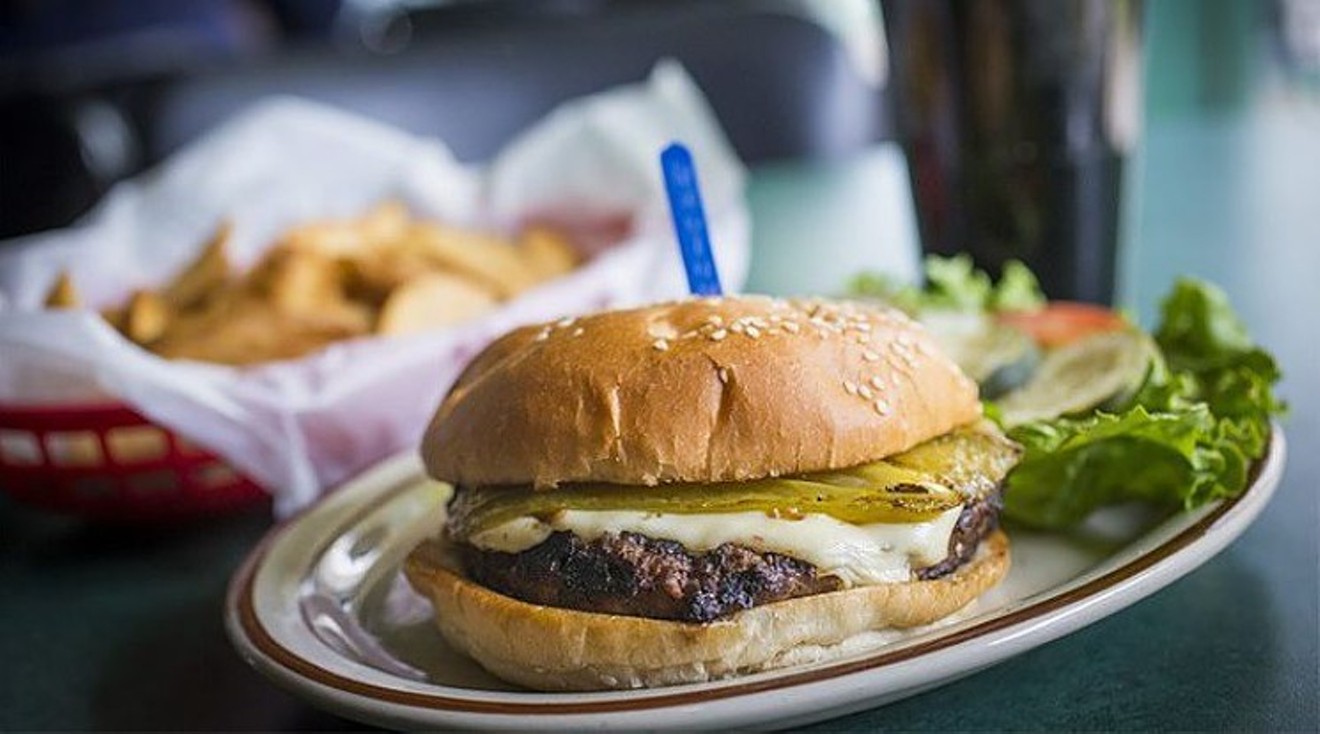 So close, you can almost taste it. Danielle Lirette 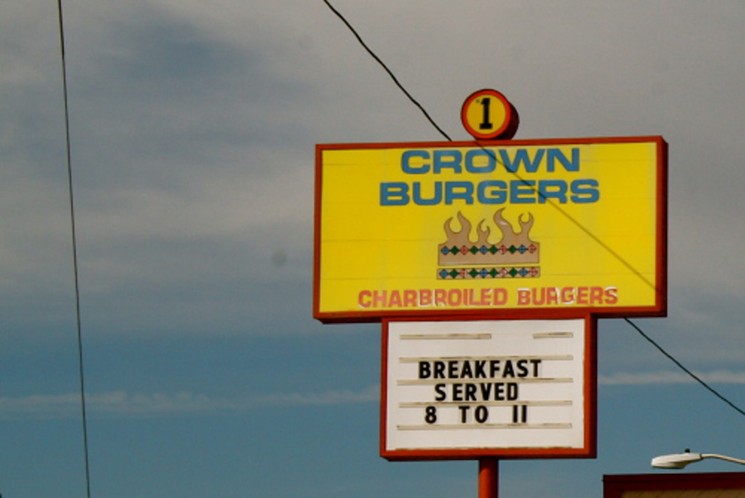 Crown Burgers is Denver's blue-collar burger joint.
Westword
Crown Burgers
2192 South Colorado Boulevard
303-753-9696
Quite the opposite of Crave, Crown is low-key and laid-back, hanging out on Colorado Boulevard in an inconspicuous spot for the past three decades. The quarter-pound or half-pound stacks are still a great deal, and if you're looking to get a little crazy, you can go big with the Royal, robed with sliced pastrami.

Grandpa's has been frying them up since 1953 on Federal Boulevard.
Westword
Grandpa's Burger Haven
23 South Federal Boulevard
303-936-4463
Grandpa's Burger Haven, which opened in 1953, is a hole-in-the-wall in the truest sense, a spot where you shout your order through an actual hole in the wall. Originally, this was all there was to Grandpa's — just a little white-and-chrome box with a kitchen inside and a window facing the street. Today there's a kind of enclosed solarium where customers can stand out of the wind and rain while they wait — but there are still no tables, no waiters or waitresses, no plates, and orders are written on the white bags that eventually hold your old-school, very good burgers. There was a time when all hamburger stands were like this; now, almost no hamburger stands are. That's why Grandpa's is such a treasure. 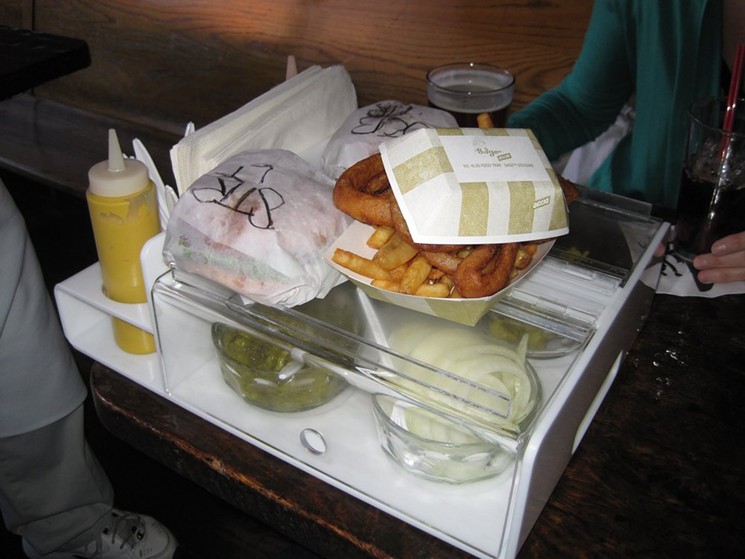 The burger and condiment caddie at My Brother's Bar is one of Denver's most familiar sights.
Westword
My Brother's Bar
2376 15th Street
303-455-9991
There's so much history inside this signless Denver institution — the spirit of Neal Cassady, the steady guidance of the Karagas brothers who bought the place, already close to a century old, in 1970 — that the food seems almost incidental. But sink your teeth into a JCB or a Johnny Burger and all that melts away...or combines into a nostalgic swirl of memories, flavors and aromas. Denverites may worry that things will change under the new ownership, but the place is in good hands; the Newman family that purchased the bar has been part of My Brother's Bar for more than thirty years.

Park Burger brought comfort when comfort was needed.
Westword
Park Burger
1890 South Pearl Street (and other locations)
720-242-9951
In 2009, Denver was in the midst of the Great Recession; people just wanted simple comfort in a neighborhood setting — but they also wanted something new to distract them from the collapse of the housing market. That's when Park Burger entered the scene, along with food trucks and pop-up restaurants, to give an inexpensive alternative to high-end dining while still providing more amenities than the old-school burger joints. Boozy shakes, sweet-potato fries and runny yolks were the new accoutrements that made Park Burger a success. Today the place is so iconic that it's hard to believe that we ate our first Park Burger less than a decade ago.

Smashburger symbolizes Colorado's love for all things fast and casual.
Flickr/5chw4r7z
Smashburger
Multiple locations
Smashburger, founded by Tom Ryan in 2007, isn't much older than Park Burger, but took a slightly different route to iconic status since the original opened on South Colorado Boulevard. Using the counter-service model to deliver something a little more refined than fast-food fare, the company now runs some twenty locations in metro Denver and outposts in ten countries around the world. A decade after it was founded, Smashburger stands as a symbol of how Coloradans like to dine: fast and casual.