Free Guacamole From Dwayne "The Rock" Johnson? Why Not!

From Saturday, May 1, through Wednesday, May 5, actor Dwayne Johnson, commonly known as "The Rock," has big plans involving you, guacamole and Teremana tequila cocktails. While you have to pay for the libation, Johnson will buy your guacamole.

“No better way to celebrate my 397th birthday, than with all of us helping our favorite local restaurants get back on their feet, all while drinking some Teremana and enjoying our favorite guacamole," says Johnson via press release (we tried to contact him directly, but he wasn't taking our calls). "These people need our help and support to get back in business, so let’s go help them out, enjoy some amazing drinks and food and say thank you for all they do."

Johnson, who will actually turn 49 this May 2, says he wanted to do the promotion for his birthday. He also owns Teremana, a small-batch tequila company in the highlands of Jalisco, Mexico.
click to enlarge 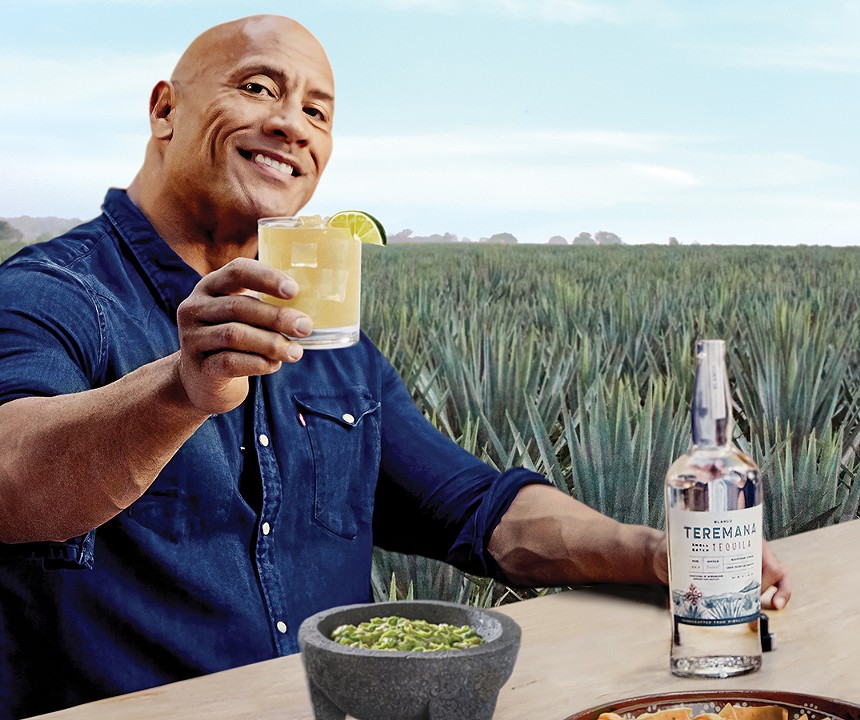 Dwayne "The Rock" Johnson is buying you an order of guacamole when you drink his tequila.
Teremana Tequila

Here's how the Guac on the Rock promotion works: You locate a restaurant near you that serves Teremana tequila (find a complete list here), then order a Teremana cocktail and guacamole once you're there, and enjoy the tasty pairing (the Rock hopes you order additional food, too, to help the restaurant make a few more bucks). Make sure to save the receipt, which you'll photograph and upload at guacontherock.com. It can also be scanned using a unique QR code provided by the restaurant. Reimbursement can total up to $10 per person, and once the receipt is approved, the funds go into your personal Venmo account straight from the Rock himself. The promotion will end once the total receipts hit $1 million, or when Cinco de Mayo comes to an end. And just so there's no cheating, your receipt must show that you paid for a Teremana cocktail as well as an order of guacamole.

Centro Mexican Kitchen in Boulder (950 Pearl Street, Boulder) is one of the participating restaurants, and manager Bobby Mitchell said he's excited to work with Teremana tequila for the event. "We really like the product — and who doesn't love free guacamole?" he says.

Other options include Ale House at Amatos (2501 16th Street), El Jefe (2450 W 44th Avenue), Mexico City Lounge (2115 Larimer Street), the Moxy Hotel (240 Josephine Street), Steakhouse 10 (3517 South Elati Street, Englewood) and Efrains II (1630 63rd Street, Boulder). Just be sure to call ahead or check online menus to make sure your restaurant of choice serves guacamole. Jax Fish House in downtown Denver, for example, was not aware of the promotion when we called, and does not offer guacamole on its menu.

And even if you're not dining at restaurants yet, you can get your drink and guac to go — just make sure the receipt's in the bag. Then you can sip the Rock's tequila and eat some guacamole while watching Jumanji: The Next Level, Baywatch, Fast and Furious 8 or any of Johnson's other films.
KEEP WESTWORD FREE... Since we started Westword, it has been defined as the free, independent voice of Denver, and we'd like to keep it that way. With local media under siege, it's more important than ever for us to rally support behind funding our local journalism. You can help by participating in our "I Support" program, allowing us to keep offering readers access to our incisive coverage of local news, food and culture with no paywalls.
Make a one-time donation today for as little as $1.