Here’s How Colorado Swept the Fruit Beer Category at GABF

In fact, this year set a record as judges evaluated 9,680 beers from 2,192 breweries across the country in 97 beer categories covering 175 different beer styles (including all subcategories).

As a result, taking home a prize is no easy task: It means a beer had to jostle its way through multiple rounds of BJCP-certified tasters and come out on the other side. So the fact that Colorado breweries swept a single category at the awards last month makes for a strange anomaly. Even stranger is that the category wasn't one of the glamorous ones that local brewers specialize in, such as hazy/juicy IPAs and double IPAs or wood-aged Brett beers or even Marzen lagers. Nope, it was for American Fruit Beers.

Fruit beers do have a long history in Colorado. They were ubiquitous in the 1990s and early 2000s when New Belgium Brewing's Old Cherry, Great Divide Brewing's Wild Raspberry Ale, Oasis Brewery's Blueberry Ale and many others ruled the taps. The same was true nationwide, especially for raspberry and apricot beers — GABF even had a separate Raspberry Beer category for about five years back then.


These days, fruit beers are mainly associated with sours or their cousins in the gose or berliner weisse categories, and many breweries try to source fruit locally. But straight-up fruit beers are still mighty popular in taprooms, and the three beers that swept the category are crowd-pleasers — and all are (or are about to be) year-round offerings.

Here's the rundown of the American Fruit Beer category winners, and it's also worth mentioning that Greenwood Village's Peak View Brewing took home a silver medal in a different category, Fruit Wheat Beer, for its Blood Orange Wheat. 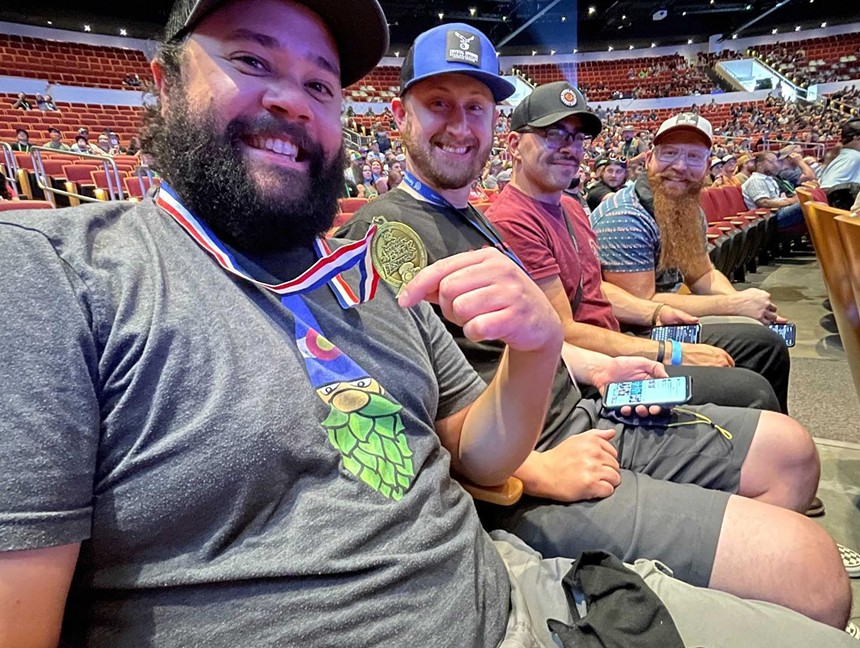 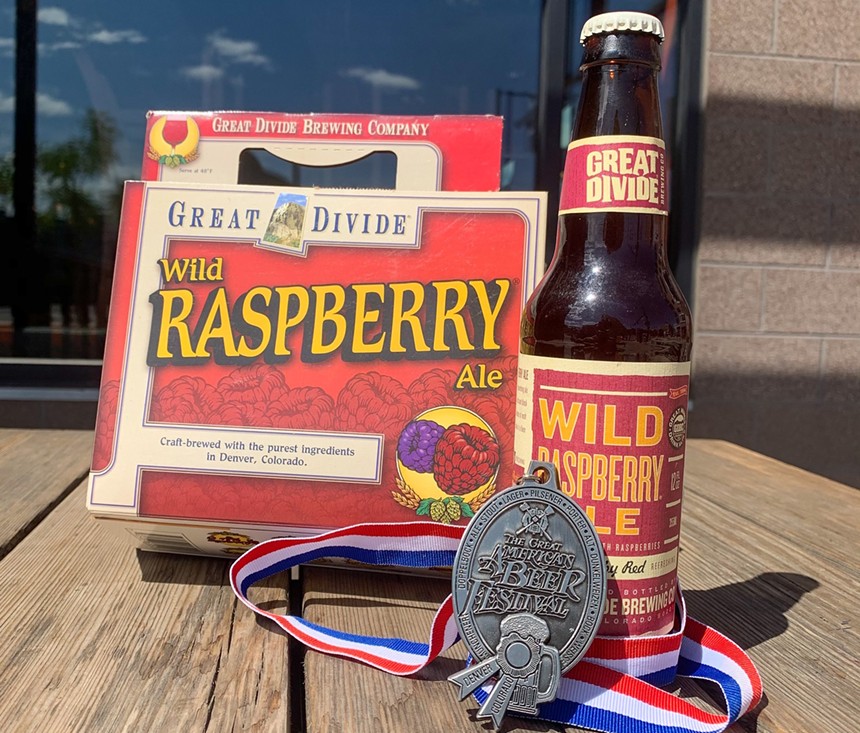 Lone Tree Brewing
Bronze Medal
Peach Pale Ale
Lone Tree Brewing
Lone Tree
Peach Pale Ale was one of Lone Tree's original beers when it opened in December 2011, and later became one of its first canned beers, as well. "Originally, we utilized peaches from Stahlbush Island Farms out of Oregon," says brewery sales and marketing director Dennis Stack. "We wanted to use Palisade peaches, but the beer grew in popularity and became a year round product, and the supply of Palisades wasn’t available year-round. While fruit is nothing new in beer, we loved our pale ale recipe and wanted to experiment with it. When many breweries were adding fruit to blonde ales, we picked a slightly different interpretation with our pale. This produces a slightly hoppy brew with a subtle fruit flavor."
KEEP WESTWORD FREE... Since we started Westword, it has been defined as the free, independent voice of Denver, and we'd like to keep it that way. With local media under siege, it's more important than ever for us to rally support behind funding our local journalism. You can help by participating in our "I Support" program, allowing us to keep offering readers access to our incisive coverage of local news, food and culture with no paywalls.
Make a one-time donation today for as little as $1.