Create's chefs leading a cooking demo. Create Cooking School
Next week, Create Cooking School is teaming up with Mondo Market to serve up a sample of what the school will offer when it opens early next year. From October 2 to 6, co-founders Erasmo Casiano and Diego Coconati will lead lunchtime cooking demonstrations at Mondo Market at Stanley, 2501 Dallas Street. “It’s a taste of our personalities and what to expect,” explains Casiano. “We’re eager to get started, and we really want to show people what we’re made of.”

Mondo Market's storefront at Stanley Marketplace showcases its selection of cured meats.
Veronica Penney
Capped at ten attendees, the one-hour lunch demonstrations will introduce a new cuisine each day, with an emphasis on simple, approachable menus. Lunch-goers will watch Casiano and Coconati prepare a two-course lunch, learn the techniques involved, ask questions and enjoy their meal.

“These are items you can make for a lot of people, especially if you’re entertaining a bunch of people at home,” says Casiano. “That’s kind of what we’re trying to show, just the beauty and simplicity and just the deliciousness of what we’re working with.”

Erasmo "Ras" Casiano and Diego Coconati outside Stanley Marketplace, the new home of Create Cooking School.
CREATE Cooking School
“We want people to start their next step in their own culinary adventures and work with food themselves that they’re not necessarily used to,” adds Casiano.

Tickets run $45 per seat for the lunch demo, and the full schedule is available on the Create Cooking School website. 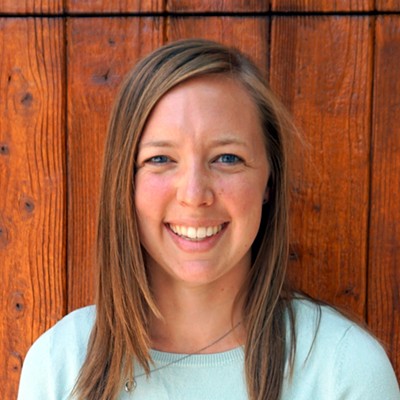